Why Krugman’s ‘Keynesianism’ is controversial

Some of our friends were irked by my observation this week that Paul Krugman is:

“an extremely controversial figure for Keynes scholars. He champions a mainstream interpretation of Keynes’s work known as the neo-classical synthesis”

Many rightly applaud him for using his platform at the New York Times to defend further fiscal stimulus in the US – against a hostile political crowd, not to mention the downright opposition of neo-liberal economists – and we commend him for that.

However, because he has such an important platform, it matters more that he lacks a proper understanding of the nature of credit. Our beef with him – and the vast array of neo-liberal economists –  is well expressed, and evidenced by Steve Keen in his latest blog: “Dude! Where’s my recovery?” Namely that:

“Neoclassical economists ignore the level of private debt, on the basis of the a priori argument that “one man’s liability is another man’s asset”, so that the aggregate level of debt has no macroeconomic impact. They reason that the increase in the debtor’s spending power is offset by the fall in the lender’s spending power, and there is therefore no change to aggregate demand.”

“They are profoundly wrong on this point because neoclassical economists do not understand how money is created by the private banking system—despite decades of empirical research to the contrary, they continue to cling to the textbook vision of banks as mere intermediaries between savers and borrowers.”

(The only point I would quibble with is Steve’s use of the word ‘decades’. We have known for centuries how money is created by the private banking system – in Britain at least since 1694 with the founding of the Bank of England.)

Steve then goes on to quote directly from Paul Krugman’s 2010 paper with Gauti B. Eggertson, in which they write:

“Ignoring the foreign component, or looking at the world as a whole, the overall level of debt makes no difference to aggregate net worth — one person’s liability is another person’s asset.” (Paul Krugman and Gauti B. Eggertsson, 2010, pp. 2-3; emphasis added)

This was written at a time when economic recovery around the world was stalling – because individuals, households, corporations and banks are burdened by a vast bubble of debt, and are reluctant to undertake further investment or risk, until debts have been paid down or ‘de-leveraged’.

Neo-liberal dismissal of ‘the overall level of debt’ and their failure to accept that banks create credit in excess of savings, helps explain why central bankers at the Bank for International Settlements continue to argue for banks to hold and increase ‘capital cushions’ against the risk of losses. This is based on the nonsense of what some define as ‘fractional reserve banking’ – namely that there is a link between ‘capital’ in the bank, used as a basis for lending – and credit, and that only a fraction of capital is needed to facilitate lending. And that lending is constrained somehow, by the level of capital in the bank.

In fact, as we were made well aware by the vast bubble of credit/debt created by the private banks – there is no relation between ‘capital’ in the bank and lending. The money for a loan does not exist, until a borrower applies for it. And contrary to widespread belief – loans create deposits.

Steve quotes from the Senior Vice President, Federal Reserve Bank of New York, Alan Holmes who wrote four decades ago that monetarists suffered from “a naive assumption” that:

“the banking system only expands loans after the [Federal Reserve] System (or market factors) have put reserves in the banking system. In the real world, banks extend credit, creating deposits in the process, and look for the reserves later. The question then becomes one of whether and how the Federal Reserve will accommodate the demand for reserves. In the very short run, the Federal Reserve has little or no choice about accommodating that demand; over time, its influence can obviously be felt.” (Alan R. Holmes, 1969, p. 73; emphasis added)

Which is why Amar Bhidé, professor of economics at Tufts University, and previously at McKinsey, was so right in a recent interview (hat tip Yves Smith) in which he talked about today’s “rampant, extensive criminality” of banks as proof that reform had gone down the wrong path.  He argued that the Bank for International Settlements’ reforms based on ‘capital cushions’ are:

“irrelevant….a waste of time….a fake debate…Because nobody knows what the banks’ risk-weighted assets are……if you don’t know what these are, it is pointless to call for capital cushions…The way regulation (by the BIS) is done…completely misses the point.”

(For the benefit of those that do not follow these debates –‘risk-weighted assets’ represents the credit created by banks and lent on to borrowers, weighted by credit risk according to a formula set by central banks. It is well known that traders in various financial ‘products’ offered by banks as credit are a) ignorant of the risk b) fiddle the risk weightings, or c) pretend there are none. Second, that sleepy and passive regulators (indoctrinated by neo-liberal theory) are none the wiser; and third, that CEOs and other senior bankers have no idea of the level of risk posed by their banks’ activities. Hence the shock and astonishment as hundreds of small and large banks collapsed between 2007-09).

Keynes had no such delusions about the nature of credit, and the ability of banks to create credit. The full title of his great work, is, after all: The General Theory of Employment, Interest and Money.

Which is why we are right to get het up about the way in which economists, including Paul Krugman, continue to ignore or downplay Keynes’s contribution to our understanding of Interest and Money. With that understanding, which Keynes applied to the crisis of the 30s, regulators could begin to tackle bank regulation effectively; and by those means address the present crisis, and hopefully prevent another.

Without that understanding….further crises loom. 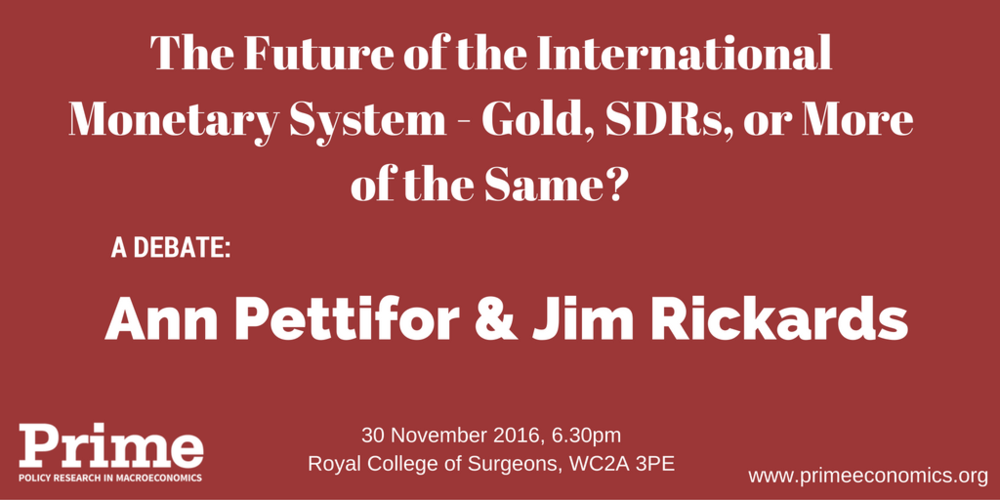