Look, we’re really sorry to come back so soon to the question of the UK labour market. But when someone as normally incisive as Izabella Kaminska of FT Alphaville asks “Are UK companies hoarding labour?”, and opens by saying

…well, we realise that there’s a lot of what we can only describe as “puzzlement” out there.

So this is our “Ka-Minsk(a)y” moment to clarify all.  We have no alternative but to repeat what we said on 15th August, “UK economy: there is no puzzle – just more work on lower pay”.  Or yet more accurately, there are more people working but on average for lower real pay, and a growing number for no pay.

And here is the updated evidence.

The Office for National Statistics (ONS) published its Labour Market Statistics for the period May to July 2012 today.  They show a positive increase in the total number working, which is up by 236,000 on the previous Quarter, and up 431,000 on the same Quarter a year before.

So far so good.  But underneath the headline, we note that the increase in employees was just 86,000 or +0.3%, and that the number of employees working full-time is actually down by 0.4% on a year before (though slightly up on the quarter).  And the main rise is in self-employment – lots of it part-time.

“Wage-drops keep falling on my head”

So as we demonstrated last month, real wages are continuing to decline; and if we average June/July CPI and RPI figures (as a fair estimate), we get 2.75% inflation, which means that real wages have declined by approximately 1.25% year on year. This means that the whole employed workforce could increase over a year by the same amount, 1.25%, without overall real wages increasing…  The total increase in those working was 1.5%, but in employees only 0.3%, while (in contrast) part-time self-employment rose 12.5%. Total weekly hours worked were up 1.6% compared to the same period a year before.

A case of labour “hoarding”?

We are not able to calculate the impact of these important changes in workforce on productivity, which would not only be complex, but of dubious relevance.  In her Alphaville blog of today, Ms Kaminska quotes Investec’s Philip Shaw:

“Productivity is falling (according to the data). Even so, the ONS’s numbers on productivity for the whole economy show that output per hour fell by 0.4% in the year to Q1 (the latest period for which figures are available), still leaving us with the question of why labour market trends have not been more averse…

Although the evidence is not conclusive we tend to the view that  companies are hoarding labour and awaiting a more definitive upturn in the economy, meanwhile mitigating some of their costs by squeezing pay and following more flexible hiring practices.”

We do not accept that companies are “hoarding labour” – why should they? Under the UK’s highly flexible labour market (Beecroft being demonstrably wrong), firms can take on and release part-time staff as and when needed – and are doing so.  The answer to the productivity riddle in our view lies, but for the time being lies hidden, with the output of the newly self-employed.

Our conclusion: casualisation and falling pay

In conclusion, the answer to the “labour market puzzle” may be summarised thus – (a) there is an ongoing process of casualisation of the employed workforce, (b) many ex-public sector people became ‘self-employed’ but often not full-time, and (c) while hours worked have increased, real wages have continued to decline by a similar amount. 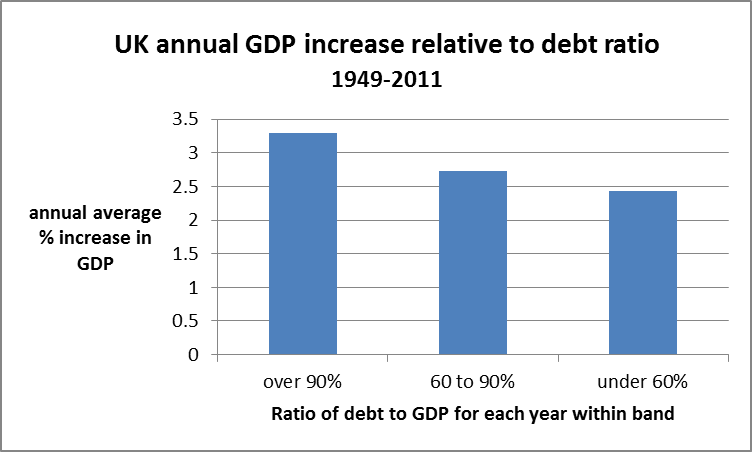