Ann Pettifor’s The Coming First World Debt Crisis (Pettifor 2006) was the first book to warn of the approaching 2007 Global Financial Crisis. More than decade after that crisis, its cause—excessive private debt, created primarily to finance asset bubbles rather than productive investment—is still with us, while we are entrapped in a pandemic crisis, and on the cusp of a climatic one.

Figure 1: Private debt levels over the history of capitalism

Looking forward to the next ten years, and given so little has been done to stabilize the system, stagnation was the likely outcome of the residue of private debt, but Covid has altered the equation to make a crisis, without a boom before it, the likely outcome.  The first two crises were ignored by mainstream economists and politicians until after they struck. We cannot afford to behave the same way towards the third—but unfortunately, we already have.

The first book to warn of an impending climate crisis was published in 1972: the Club of Rome’s Limits to Growth (Meadows, Randers et al. 1972). Almost immediately, its warnings were dismissed, and its methods derided, by William Nordhaus (Nordhaus 1973), who in 2018 was awarded the so-called “Nobel Prize in Economics” (Mirowski 2020) for his economic analysis of climate change. In his Nobel lecture, Nordhaus assured the world that climate change, though important, was no big deal: the future course for the economy that would minimize the sum of damages from climate change, and the costs of mitigating climate change, would see global average temperatures stabilize at 4°C above pre-industrial levels in 2150.

Nordhaus also predicted that, including all the costs from Global Warming, global GDP in 2150 would be a mere 4% smaller than it would have been in the absence of climate change (Nordhaus 2018, p. 345).

This is delusional. Nordhaus’s sanguine conclusions depend upon a range of assumptions that, even for a discipline famed for crazy “let’s assume a can opener” assumptions, are breathtakingly absurd. Two key assumptions are:

Table 1: Extract from Nordhaus’s breakdown of economic activity by vulnerability to climatic change in US 1991 $ terms (Nordhaus 1991, p. 931 )

Since these assumptions are manifestly false (Keen 2020), so too are Nordhaus’s reassuring estimates of damages from climate change. Unfortunately, politicians still take the advice of mainstream economists seriously, even after their failure to anticipate the Global Financial Crisis. Consequently, the world is even less prepared for the approaching Global Climate Crisis than it was for the Global Financial Crisis.

By following the advice of economists, we have drastically overshot the capacity of the biosphere to sustain human civilization. We need a substantial reduction in the human ecological footprint, rather than a continued expansion of GDP, which means “de-growth”, not growth. The market mechanisms that mainstream economists prefer will not be able to cope, just as they have been unable to cope with Covid-19. Wartime measure like carbon rationing will be necessary, and government finance in the form of a Green New Deal will be required to finance the transition to a sustainable economy.

Will we manage this? The shambolic management of the Covid-19 crisis by Europe and the USA doesn’t give much hope, but countervailing this pessimism is the success in suppressing the virus of a number of countries with vastly different governmental systems and standards of living. So there is hope. A first step, as Ann Pettifor demonstrated over a decade ago, is to stop listening to mainstream economists. 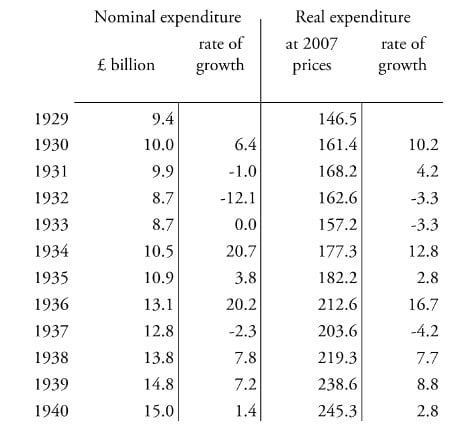