Editors’ note: This week PRIME is publishing the set of five lectures given by Karl Polanyi in autumn 1940 at Bennington College, Vermont, entitled “The Present Age of Transformation”.  The lectures have also now been put together for ease of reference into a pdf “publication”.  We post here the third lecture, “The Breakdown of the International System”.

The failure of the international economic system was ultimately due to the same inherent weaknesses which characterized the national systems under a market economy. The view which makes autarchy responsible for the breakdown can hardly be upheld. On the contrary, it might be more justly argued that it was the failure of the international system which gave rise to autarchy.

Thus in order to link up the various national markets to one international market, it is essential that apart from the absence of any legal obstacles to trade, the various national currencies should be exchangeable at a stable rate. Unless such stable external values are provided, neither international capital markets, nor commodity markets are possible.

This simple but stringent requirement has far-reaching implications. In a market- economy everything depends upon prices. If the surplus of selling prices over costs disappears, production must be curtailed. Unemployment ensues, wages and profits decrease, the system is thrown out of gear. Inevitably this tends to happen  whenever the price level is being artificially depressed in order to keep exchanges stable. Now, in principle, the system should automatically right itself, for if selling prices drop, costs should follow after a while, thus restoring the surplus of selling prices over costs.

However, as we have seen, a self-regulating market-system is a utopia. No society could stand its devastating effects once it got really going. Hardly had laissez-faire started when the State and voluntary organizations intervened to protect society through factory laws, Trade Union and Church action from the mechanism of the market. In consequence of these protective measures the price system lost its elasticity, costs ceased to be flexible, wages tended to become rigid. It is thus easy to see that the very measures which were originally designed to protect society internally against the effects of a market-economy eventually increased the difficulties of the working of an international market-economy. Factory laws and Trade Unionism called for external protection, i.e., custom tariffs as a supplement. One of the factors tending to disrupt the international system thus came from inside the national systems themselves.

This, however, is not the whole story. The need for the external protection of national markets sprang from the nature of international division of labour under a market system. This external factor was equal in force to the internal; between them they refuted the axiom of Free Trade.

International division of labour is an unmitigated boon. But how far can it be  achieved through a market-economy? That is the question.

If international division of labour is effected by competition and consequent elimination of the less efficient, then much will depend upon the rate at which the change proceeds as well as upon the dimensions of the units involved. As long as the competing units are small as e.g. the various farms of a neighbourhood or grocers in a suburb, the dislocation caused by the elimination of the unfit will be  slight in comparison to the advantages accruing to the community as a  whole through better services; even the eliminated man himself might find some compensation in the opportunity offered in the improved community system.

But given larger and larger units, the position will no more be the same; if whole countrysides, countries or continents compete, the elimination of the less efficient may involve the ruin and destruction of whole communities. Then the system, far from being a blessing, becomes a deadly danger and must be checked at all costs. It might also happen that along with the growth of the units, the rate at which the process of the dividing up of labour proceeds increases, thus leaving no time for the displaced units to adjust themselves. While a slowly increasing division of labour effected by the market mechanism would be purely beneficial, a fast rate of change might work out as a machinery of sheer destruction.

Incidentally, this helps to explain the sudden rise of the nation-states to first rate importance in the course of the 19th century. The stupendous increase of general well-being which sprang from the growing division of labour in the world could be secured only by the spreading of the market system. But the great dangers inherent in that system, both internally and externally, forced the state to take measures of protection which constituted the state to an unprecedented degree a vital unit of communal existence.

The more intense international cooperation was and the more close the interdependence of the various parts of the world grew, the more essential became the only effective organizational unit of an industrial society on the present level of technique: – the nation. Modern nationalism is a protective reaction against the dangers inherent in an interdependent world.

A bird’s-eye view of the economic and social history of the 19th century will bear out this analysis.

The scene is England, the home and center of the movement. Let us begin with economic liberalism or laissez-faire and then proceed to the period of the building up of world markets or Free Trade. The first refers to national, the second to international economy.

For some 250 years England had been living under the regulative system which was only another name for mercantilism. Every factor of production  was regulated in its action by statute. Labour was organized under  the Statute of Artificers (1563) as well as under the Poor Laws of the same and later years. The price as well as the supply of labour was determined by public authority. Common law settled the forms of the use of the land. In the countryside since 1662 labour was bound to the parish; at the same time the import of grain was prohibited, except in case of famine. Navigation Laws restricted carriage and shipping. The export of wool was prohibited. Prices were fixed under the Assizes for bread and ale as well as by corporation rules; wages were assessed by the magistrate; interest was restricted by law; commerce was controlled so as to prevent the development of unregulated markets.

The Industrial Revolution was already well on the way when these regulations were repealed in order to build up a market economy. As late as 1795 the medieval “right to live” was still effectively acknowledged in the ‘allowance system’ which assured the labourer of an income whether he found work or not. Not before the repeal of the allowance system in the Poor Law Reform of 1834 was laissez-faire accepted and labour made a commodity.

But the protective counter-move of society against laissez-faire began almost as soon as laissez-faire itself. By 1847 the Ten Hours Bill was passed, and a few years later the Trade Union movement was started for good. The birthdate of the consumer’s cooperative was 1844. And by the early ‘Fifties the Christian Socialists were filing their protests against economic liberalism. The legislative predominance of laissez-faire had lasted hardly more than a generation.

While the working people had been fighting against economic  liberalism under the lead of Owenism and Chartism, they gave up the struggle in the ‘Fifties and turned whole-heartedly to liberalism themselves. Not they, but rather the owning classes represented the interests of a partly conservative, partly social protectionism. This was the time when Joseph Chamberlain, the radical factory owner of Birmingham, launched his campaign for social legislation and universal suffrage, turning soon after to protectionism and imperialism.

This change over from internal to external protectionism as symbolized in the career of Joe Chamberlain was forced upon the world by the effects of Free Trade.

Free Trade started as a great success, especially for England, the world’s factory, with its monopoly of manufacturing processes based on iron and coal.

But this happy period lasted only from 1846, i.e., the repeal of the Corn laws, to the depression of 1873-1885, by the end of which the world had ceased to be free trading. Again the counter-move was due to the very effectiveness of the principle involved.

For hardly had the steam-ship made its appearance on the oceans than world division of labour began to show its claws. A torrent of cheap overseas grain flooded the markets of Europe and threatened to destroy the livelihood of millions of the most conservative cultivators of the soil. The social system in itself was in peril, for the Continental peasant is not a farmer, i.e. a small business man engaged in agriculture, but a member of a traditional social group which must live on the land or perish.

The coming of the agrarian tariffs was the beginning of protectionism in Europe. Industrial tariffs followed to compensate the factory owner for his loss of competitive power. Real wages of the workers had now to be safeguarded against the effects of rising food prices. To the owners the burden of factory laws and social benefits were balanced by the advantages deriving from tariffs, bounties and other kinds of subsidies. Soon the two kinds of protectionism, internal and external, merged into a closely knit tissue which destroyed the flexibility of the economic system altogether.

This happened about the last quarter of the 19th century. From that time onward it was the chief concern of the state to relieve the strain under which the economic system was working, partly by strengthening the shock-absorbing qualities of the national boundaries, partly by adding political to economic pressure on the international markets. The first started protectionism, the latter imperialism as a new and fatal force in world affairs. 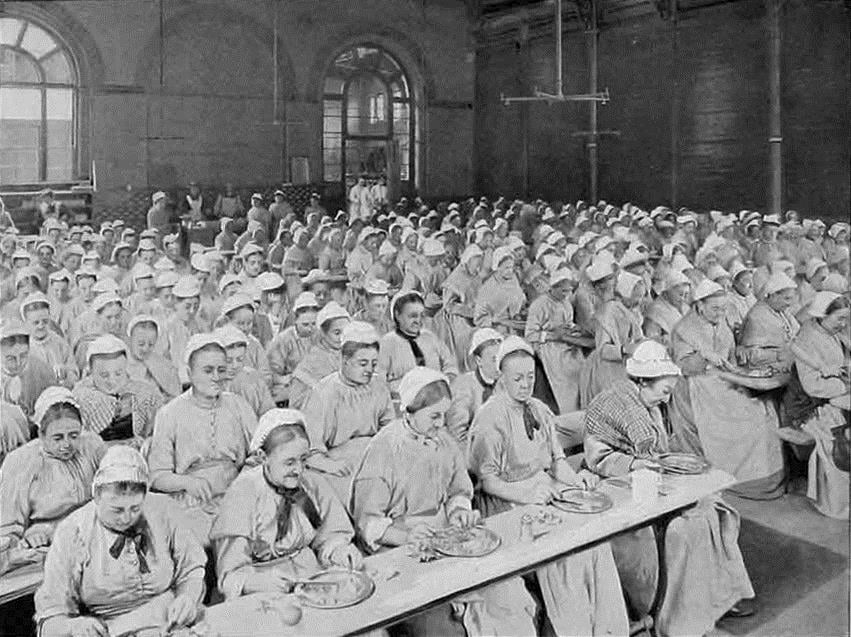 Rethinking Economics: a “cagey and evasive” response from the mainstream