“This young country will be proud of its identity and its place in the world, not living in its history, but grasping the opportunities of its future.”

Tony Blair and those associated with Blairism embraced globalisation and studiously ignored Labour Party history – except to denounce and disown “Old Labour”.  Labour’s economic history was of very little interest to the Blairite generation. And it appears that the history of the 1930s is of little relevance to today’s leadership election debate.

Instead commentary repeatedly harks back to Bennism and the 1980s – when the relevant era is surely the 1930s.  As most economists acknowledge, the 1930s and the great depression are widely and rightly understood as the only modern precedent to the great financial crisis that began in 2007, and that still dogs the global economy.

The great depression was a crisis of globalization. Globalisation – the de-regulation of global capital flows – had been imposed across the world from the 1880s through to the 1920s- only to be reversed by the stock market crash of 1929.  In 1930-31, when the crisis reached its nadir, Labour’s Ramsey MacDonald (PM) and Phillip Snowden (Chancellor) were responsible for economic policy.

Their government was to fall apart in the wake of demands from the financial and economic establishment for severe government spending cuts. Snowden and Macdonald never shied away from these demands that came primarily from merchant bankers, and were made as the quid pro quo for their support for sterling.

To meet these demands, MacDonald and Snowden went straight to the finance sector –  represented by the head of the Prudential Assurance Company (Sir George May) – and called for plans for spending cuts to be drawn up by what became the May Committee on National Expenditure.

However, while MacDonald and Snowden were gung-ho about spending cuts, the rest of the Cabinet were implacably opposed to the extreme cuts proposed by the May Report . The divisions and infighting led to the collapse of the Labour government in June 1931.

A ‘national government’ then took office which included the Conservative party but which was led by Ramsey MacDonald, with Snowden continuing (only briefly) as chancellor, and including only a handful of other Labour figures. This coalition of peculiar bed-fellows – ‘the National Government’ – went to the country in September 1931 and massacred Labour party candidates.  The Conservatives won 470 seats, Labour lost 225 seats and was left with only a rump of 52 MPs. The 2015 general election campaign and its results echoed both the debates and the outcome of that 1931 election. In both, the Labour Party was castigated by the political and media establishment and blamed for denying the harsh reality that Britain needed  “austerity” and to “live within its means”  – in order to recover from a crisis made in the City of London and on Wall Street.

In the next election (1935) the National Government was replaced by the real thing: a Tory government under Stanley Baldwin and then Neville Chamberlain.  But by then spending cuts had pretty much ended. Despite the clamour for austerity in 1931, by as early as 1933 the Tory government had effectively reversed the policy of cutting spending, just as Osborne eased up on spending cuts in 2012. From 1934 government spending was expanded vigorously. As a result of this reversal, the economy looked relatively chirpy for the ’35 election.

In the meantime the Labour party in conjunction with leading figures from the trade union movement had begun developing a bold and coherent policy agenda. MacDonald and Snowden’s deference to financial authority and fiscal ‘discipline’ was decisively rejected.

Clement Attlee, by then leader, contested the 1935 election on the basis of this emerging policy agenda, and gained nearly a hundred seats from the Tories.

This remarkable recovery was interrupted by the Second World War.  But Attlee was to build on the party’s policy agenda and its 1935 success, as he prepared the ground for the 1945 election with a programme that included the following statement:

“Blame for unemployment lies much more with finance than with industry. Mass unemployment is never the fault of the workers; often it is not the fault of the employers. All widespread trade depressions in modern times have financial causes; successive inflation and deflation, obstinate adherence to the gold standard, reckless speculation, and overinvestment in particular industries. …” (NEC, 1944)

The economic and social achievements of the first majority Labour government in history were truly stunning, a fact still recognised today, even while the real nature of the 1945 Labour government’s programme and its political back-story is forgotten.  Attlee’s government paved the way to a period widely understood by the economics profession as “the golden age” in economics – for at least a quarter of a century after the war.

Jim Callaghan’s speech to the 1976 Labour conference in which he effectively ended Labour’s commitment to full employment (I was there and heard it all) marked the beginning of the end of the “golden age”.  With the election of Margaret Thatcher as Prime Minister, Clement Attlee’s programme was decisively abandoned and a new form of globalization fully embraced. Michael Foot became leader immediately afterwards, as the party unsurprisingly foundered at the start of this new, very different and very harsh epoch.

Labour’s leadership election takes place at a time when the forward march of globalisation has stalled, following a painful, volatile and divisive period.  The economic flaws as revealed by the 2007-9 crisis are no less severe today than they were in 1929-33, even if the strongest countries have so far protected themselves from a crisis of comparable scale. The reaction of established authority, as represented by the City of London, the media and almost the entire political class has been to make the same demands of “austerity” and “living within our means” as were made in 1931. This is achieved today as it was done then: by transferring the burden of losses away from the architects of the crisis and on to the victims – those dependent on the state for employment and welfare.

Just as in 1931, the Labour Party is again in disarray in the wake of the second great crisis of financial globalization. While the post-1970s expansion of globalisation was imposed in the first instance by financial interests and their backers on the political right, Labour’s political leaders – and in particular its “modernisers” – became enthusiastic cheerleaders for the liberalised financial arrangements that underpin globalisation.  Furthermore some on the right of the Labour Party are beneficiaries of globalisation, and therefore not subject to the pain felt by millions of young unemployed and their families, by the low-paid and those in insecure jobs; the sick and the vulnerable. They should however, not underestimate the severity and duration of this crisis; they may not be protected indefinitely. Present events in financial markets should serve as a reminder that this crisis is not over.

To conclude: it is wrong to argue whether any one candidate in today’s leadership election resembles the Michael Foot of the 1980s. Instead the debate should be whether any of the candidates have the wit or guts or intellectual and political acuity of the leaders (including Clement Attlee) that rebuilt the party after the debacle of 1931.

Above all, in choosing its new leader, Labour should learn the very important lessons of its own, and very relevant history: the period in the 1930s when Labour politicians challenged the architects of financial globalisation with an alternative policy agenda. An agenda which was wildly popular with the British people, and led to Labour’s resounding success as a government between 1945 and 1951 – and to 25 years of the golden age of economics. 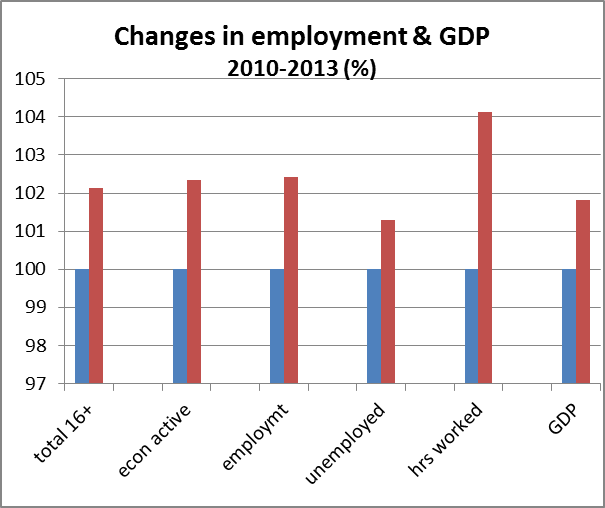 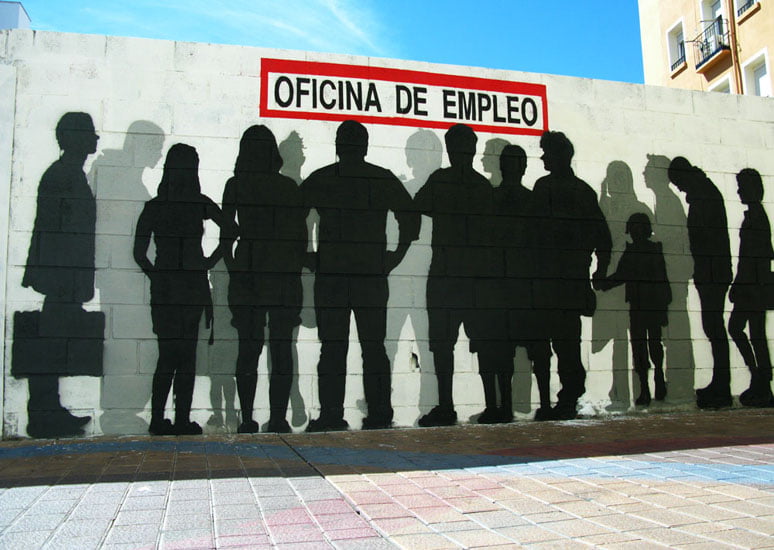 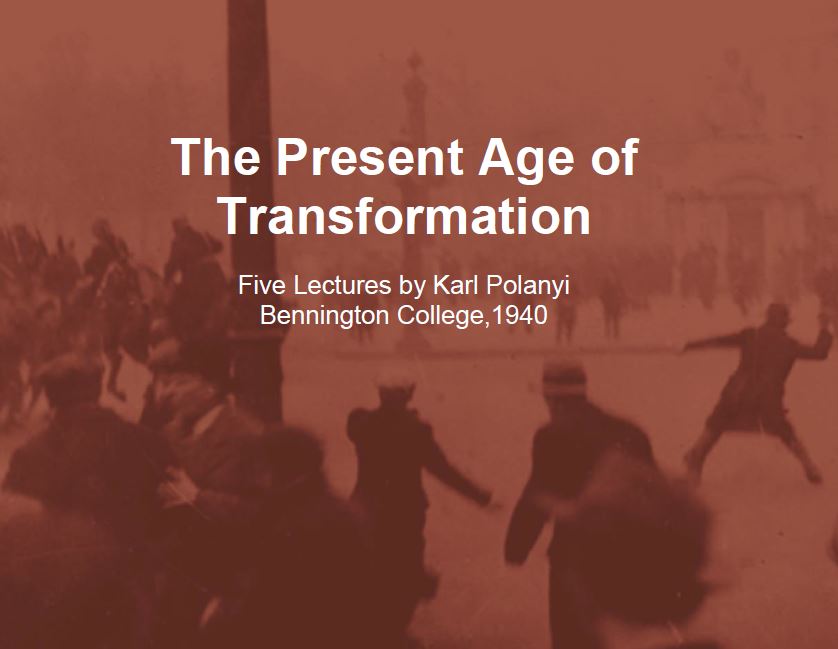