Krugman on inflation, “financial repression” and the 1%

Paul Krugman’s blog of today is called “Oligarchy and Monetary Policy” and is well worth a read. He starts out:

Monetary policy isn’t really technocratic and politically neutral; moderate inflation may be good for employment, especially when you’re trying to work off a debt overhang, but it’s bad for the 0.1%. And that fact ends up exerting a huge influence on the discussion.

Then he goes unfashionably into (brave stuff!) a partial defence of the 1970s:

“My side of the debate has made a point of explaining why this situation is nothing like the 70s. But ask a different question: how did the 70s get framed as the ultimate bad time? For sure they weren’t good — but the really bad times for ordinary working families were the big recessions, which took place under Reagan, to some extent under Bush I, and above all after the financial crisis…

But there were some people for whom the 70s really were the worst of times — namely, owners of financial assets.”

“Carmen Reinhart has argued, persuasively, that highly indebted countries normally work off their debt in large part through “financial repression” — keeping interest rates low while inflating part of the debt away. The thing is, although this sounds bad, it actually isn’t — for the vast majority of people. Britain did far better through financial repression after World War II than it did through orthodoxy after World War I.

But there is one small but influential group that is in fact hurt by financial repression: again, the 0.1%”

Krugman refers also to his “class notes” for tomorrow and (to be seen via click-through to his slides) the famous 2010 letter of a long list of (Republican) economists to Ben Bernanke and published in the Wall Street Journal, contending that QE would lead to terrible inflation and a debased dollar. Which, of course, did not happen.

The list of signatories to the letter includes one Ronald McKinnon, who way back in 1973 invented “financial repression”as a “pejorative term akin to political repression” to describe financial systems where, for example, governments imposed “usury ceilings” on the interest rates banks could charge. He advocated real interest rates of 15-25%. He was one of the early (though not actually the worst!) advocates and lobbyists for unbridled financial liberalisation and deregulation.

I set out the history and political meaning in “Financial Repression – myth, metaphor and reality”, my contribution to the recent openDemocracy Just Money series, and you can find it here at oD and here on PRIME.

“Financial repression”, alas, has entered the day to day vocabulary even of progressive economists as if it were a mere “technical term” – as indeed Carmen Reinhart had the chutzpah to describe it in an interview with Der Spiegel! But it is in no way politically neutral, and Ms Reinhart’s own writings demonstrate ample evidence of its ideological bias.  Paul Krugman has it right on financial repression. It is a concept that only serves the interests of the 1%. 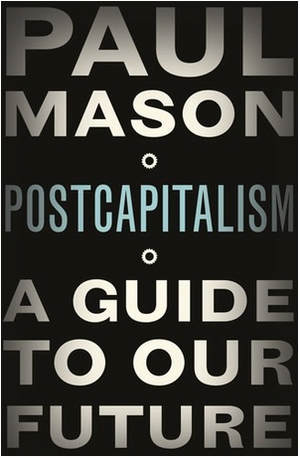 The Present Age of Transformation – Introduction by Kari Polanyi-Levitt