The 60th anniversary of the Treaty of Rome offers an opportunity to reflect on what the European Union has achieved – and how problems can be solved. We share the European idea, and express our aspiration to work for a European Union which in the coming decades is truly a force for peace, prosperity, democracy and social progress.

But despite its commitment to democratic values, one crucial area in which the European Union does not permit legitimate democratic choice is the economic sphere. The subject-matter of the Treaties has expanded over the decades since 1957, and they now form – as has been stated by the European Court of Justice – a “constitutional order” for the Union, its Member States, and citizens.

However, the Treaties in their present form are entirely unsuited to this constitutional role, since – in the economic sphere in particular – they impose a particular, and highly contested, ultra-liberal (or “ordoliberal”) economic ideology and policy framework which prevents democratic choice, and contain many detailed provisions which are wholly inappropriate in a document of a constitutional nature.

The global financial crisis, followed swiftly by the ongoing Eurozone crisis, underlined the problems caused by the EU Treaties as they relate to economic and related issues. The structure and operation of the Euro, especially when confronted with financial and economic crisis, have given rise to the most severe difficulties. These crises have demonstrated to millions of EU citizens that the economic policy assumptions on which decisions have been based are damaging and wrong.

And because so much of the economic policy of the EU is embedded in its Treaties, which can normally only be changed if all member states agree, there is a growing frustration that the democratic will of Europe’s people simply cannot be expressed if on any point it differs from that set out in the Treaties. We are convinced that much recent popular discontent is based on the refusal of the Union’s leaders to accept that its economic philosophy and policies are in many respects harmful, and its determination to reject out of hand any alternative.

To respond in a positive way to these serious problems caused by the accretion of Treaty provisions, the Rosa Luxemburg Stiftung Brussels Office and Policy Research in Macroeconomics (PRIME) have today co-published a study which proposes a set of Treaty amendments which, if implemented, would enable a far greater degree of democratic choice in the economic sphere – and provide a foundation to develop better economic and social policies, and therefore better outcomes, for Europe’s citizens.

We are aware how hard it is to change the Treaties, but a sustained, broad-based and widely-supported campaign across Europe in support of a specific set of well-targeted changes to the Treaties can help to change the political environment and encourage a necessary “paradigm shift” in economic thinking. We hope, taking the 60th anniversary as a starting-point, to persuade a broad range of Europeans, working in different political groupings or none, not only that There Is A Real Alternative (TIARA not TINA!), but that the present Treaty rules and policies on economic issues are leading Europe into danger.

The report’s authors are Jeremy Smith, co-director of PRIME and a barrister with wide experience in Brussels, and in relation to the EU Treaties, and John Weeks, Emeritus Professor in Economics, SOAS.

The proposed Treaty changes are set out under 10 headings, which cover:

Key proposed Treaty changes recommended in the study include:

1. Redrafting the overall economic objective of the Union, by placing full and high quality employment and social protection at its heart, and making the internal market a means of achieving the objective, not an end in itself:

The Union shall work for the sustainable development of Europe based on balanced economic growth and prosperity, full and good quality employment, reasonable price stability, social progress and a high level of protection and improvement of the quality of the environment, within the framework of a society based on a dynamic mixed economy and which ensures effective social protection and public services…. To further the achievement of these objectives, the Union shall establish an internal market…

Likewise, the objective of the economic and monetary union, with the euro, would also be “to further the achievement of the Union’s objectives”.

2. Ending the highly damaging focus on government deficits and debt to the exclusion of other more important economic factors. The global financial crisis and euro crisis were largely caused by private debt build-up and other imbalances, with government debt and deficits being consequences, not causes. We therefore propose a more balanced “dashboard” of economic factors be monitored, including private debt levels, and excessive trade and current account balances (whether surplus or deficit).

3. Rejecting the misconceived “debt brake” or “balanced budget” mantra, now also embedded in the Treaty on Stability, Coordination and Governance in the Economic and Monetary Union (2012).

4. Changing the role and mandate of the European Central Bank – in relation to its monetary policy remit, the ECB should have a dual mandate for balanced economic growth and full employment as well as for reasonable price stability:

“In relation to monetary policy, the primary objectives of the European System of Central Banks, hereinafter referred to as “ESCB”, shall be to promote balanced economic growth and full employment, and to maintain reasonable price stability. Without prejudice to these objectives, the ESCB shall support the general economic policies in the Union with a view to contributing to the achievement of the objectives of the Union as laid down in Article 3 of the Treaty on European Union.”

The ECB should also have an explicit financial stability role, and be able to act as lender of last resort. It should have stronger democratic accountability and wider representation, while preserving operational independence in monetary policy.

5. On trade, the current Treaty commitment to ending all restrictions on trade would be qualified so as to promote

“the progressive abolition of unjustified restrictions on international trade, while maintaining environmental, social and health-related standards.”

6. On capital mobility, it is proposed to repeal the current Treaty requirement to remove all controls on movement of capital between the EU and third countries. The unconstrained free movement of footloose speculative capital around the world has been a source of danger, not benefit, and the ultra-liberalised Treaty provisions are increasingly out of touch with the need to enable governments to manage such capital flows. The Treaty provisions for liberalisation of banking and insurance services would be made expressly subject to the need to regulate in the public interest, and other Treaty-imposed duties to liberalise would be curtailed.

7. On state aid, member states would recover the power to provide such aid as is

“required in order to compensate for severe economic disadvantages or impacts caused by industrial, sectoral or other major structural change or by sharp economic fluctuations or disturbances (including those resulting from any impact of trade with third countries)..”

This provision is based on the power given by the Maastricht Treaty but only to Germany, at the time of reunification. We aim to consult more widely on broadening the range of state aid powers at member state level.

8. On taxation, we put forward new provisions to enable the Union to harmonise corporate profit taxation, by providing for a minimum rate. In addition, it is proposed to require the Union to act to deal with tax havens, and tax base erosion and profit shifting.

9. It is proposed to strengthen the Treaty provisions on industrial policy and investment, by broadening the objectives and scope of action, including helping the transition to the future “green” (non fossil fuelled) economy.

10. Finally, the study recommends new Treaty provisions to deal with the highly unsatisfactory and uncertain position, under the Treaties, in relation to public services. In particular, we propose a new article to enable member states to define which of their public services are of a non-commercial character, and should therefore not be subject to the Treaty provisions on competition, state aid and the internal market. 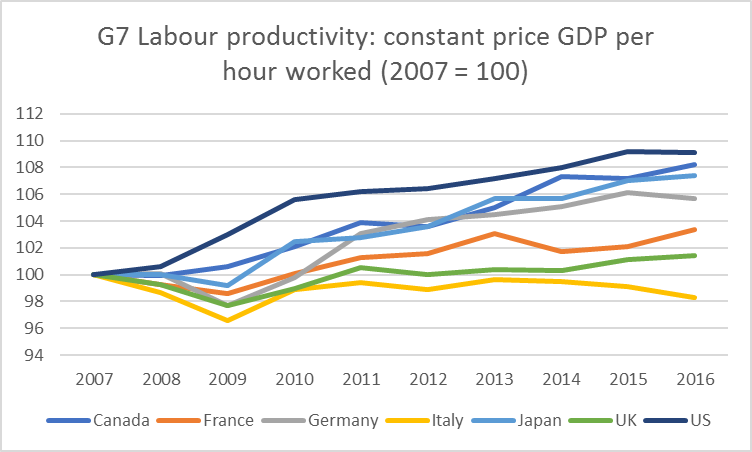