The US Council of Economic Advisers has issued an account of the dynamics of the long-term rate of interest that typifies conventional wisdom,[2]  finding only a “decline in interest rates over the last three decades”. This, the first of two contributions on the issue, contests the empirical techniques used by the CEA as partial and inadequate, and offers an alternative presentation of these dynamics that lead to very different conclusions. The long-term rate of interest has not declined in the manner suggested; instead, the dominant feature has been a severe rise in interest rates since financial liberalisation, with any subsequent decline (coinciding with the end of the bull-run at the turn of the millennium) being relatively modest. A second contribution will contest associated theoretical arguments and practical conclusions, to argue that the course of interest rates is a result of policy choices.

As is common in mainstream literature, emphasis is on US government rates, not wider rates. Under normal conditions government rates underpin and hence proxy wider rates in the economy, but it can be easily established that conditions have not been ‘normal’ for much of the period in question. The particular problem with US government rates is that US government bonds are regarded by global investors as a safe asset. (Wider claims in the paper that the US analysis generalises to the rest of the world are unfounded, drawn on the basis of a handful of advanced economies.) Second, there is undue emphasis on nominal rather than real rates, even if the authors concede that real rates are most important for economic outcomes. [3] This is all the more surprising given the normal emphasis in economics on the private sector and real quantities. The critical analysis here is poorly presented, with the important features not easy to discern (shown below; actual size).

Charts A and B offer an alternative perspective on nominal and real rates on US government and corporate borrowing (background on methodology is in endnote) [4].

On this basis the 30-year decline is a feature only of nominal rates: real government rates have been falling for 17 years and real corporate rates for 15, though for the latter no continuous decline is evident. The relation with major economic crises should be obvious. The government rate began its material decline from 1998, in the wake of the South-East Asian crisis, Russian debt default and collapse of the hedge fund, Long Term Capital Management.  From that point on, US government bonds were a safe haven. The material decline in the corporate rate came at the end of the corporate (dot.com / new-economy) expansion of the 1990s which coincided with the turn of the millennium and the end of the long bull-run on equity markets; the rate fell to 5 per cent in 2001 from 6 per cent in 2000.   From that point on, the major shifts in direction have followed policy on the federal funds rate and associated financial interventions, through with an increased spread.

The most important feature of the dynamics of the long rate of interest is not the recent reduction, but the long-standing and severe elevation of rates prior to that reduction. Even now corporate rates have declined only to a level that was the upper end of the norm for the 30 years after the war. The increase in rates came at the start of the 1980s, in the wake of the Volker shock to monetary policy and full capital liberalisation. The latter a disastrously failed action, given it was ostensibly aimed at the reduction of rates. Apparently mystifying but at least recognised by policymakers at the time, [5] high real rates were the norm until the end of the millennium.[6]  These rates were:

Accepting the argument that outcomes are determined by real rates, it is hardly surprising that since 1980 the performance of the global economy has in general terms fallen well short relative to the post-World War Two period on nearly all measures, and in terms of stability is not unlike the disastrous events of the inter-war period. This argument will be developed in the next instalment, taking its cue from Keynes’s warning at the head of this document.

One final remark on current rates: in spite of the intensive focus on the extent of reductions in certain rates of interest, it is notable that these have not proceeded as far as they did in the aftermath of the great depression.

After only four years in in office, Roosevelt had reduced the nominal corporate borrowing rate by around half (chart A). In the meantime he had reflated the economy, so the average real rate over 1934 to 1937 was 2.2 per cent. (Then followed the imposition of a deflationary policy leading to the recession of 1938, but these actions were quickly and decisively reversed.) Over the comparable four-year period today (starting two years after the peak nominal rate of 7.4 per cent in 2008), real rates over 2010-2013 were 3.7 per cent. While nominal corporate rates match that achieved by 1936, the deflationary (or rather at present disinflationary) tendency has not been arrested. The CEA publish their analysis at a time when real rates are rising rapidly, and virtually at a five-year high (a point normally ignored in the deflation debate).[8]

Given the recognition of the central importance of the long rate to economic outcomes, this analysis suggests a far less benign trajectory of interest rates over the past 30 years and into the present.

[3] “The real interest rate is the rate that influences economic activity—ultimately, market participants care about the returns to their saving and investment decisions net of inflation” (p. 3).

[4] Interest rate data are not readily available for most countries, the US is the exception, with long-run figures available from the Federal Reserve website, supplemented with Sidney Homer’s A History of Interest Rates. Government figures are based on Treasury 10 -year bonds, corporate on BAA corporate bonds; both are adjusted with the GDP deflator, with BEA figures supplemented with historical information from Friedman’s monetary history. CEA real-terms figures are based on the CPI, which seems too narrow a measure given the concern with activity across the economy as a whole. But the choice of index does not change any of the results.  More generally, while plainly a special case, it is likely that rates on US borrowing underpin rates on borrowing and therefore serve as a proxy for rates across the globe. Though ‘risk’ premia in developing countries in particular may mean rates departing very significantly from the US benchmark. The 2015 figures on both charts are year to date.

[6] At the end of this era, an issue of the Oxford Review of Economic Policy on real rates confirmed:

There is a widespread impression that real interest rates have been very high since 1980 in comparison with post-Second-World-War experience. The data in [Table 11.2] confirm that this is indeed the case. Short-term real interest rates, averaging nearly 4 per cent, have been much higher and a little more stable than between 1950 and 1980. The general picture is confirmed by data on long rates as well. (Allsopp and Glynn, 1999, pp. 3-4)

[8] Real figures are derived here using the CPI, given availability of monthly figures. 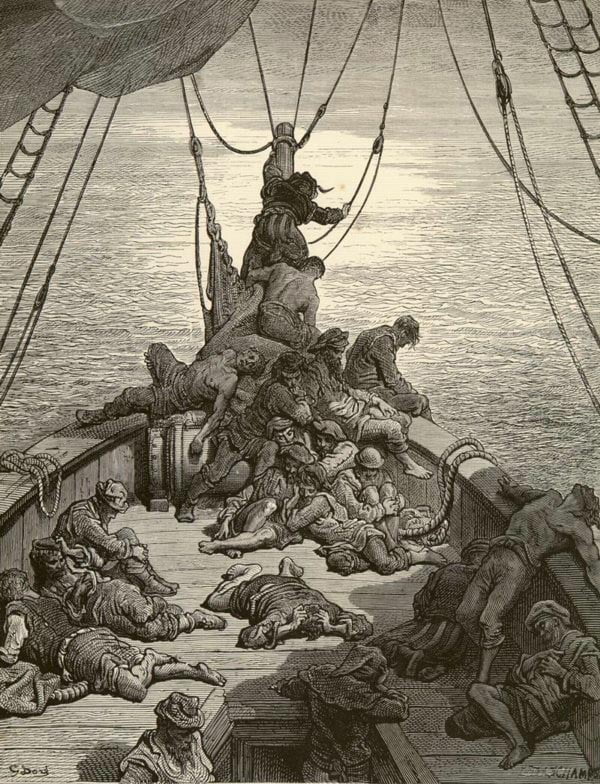