Michael Burke disagrees with the ‘Open letter to the people of Greece: restore the Drachma‘ published here earlier this week, and has written a long analysis of ‘The Greek Crisis‘ on the Socialist Economic Bulletin blog. We reproduce that part of his blog which debates the question of whether Greece should restore the Drachma:

“There have been widespread calls for default and even for unilaterally exiting the Euro Area and reintroducing the Drachma. This last policy is in fact especially dangerous to the Greek economy and most of its population (the exception are those whose wealth can be held overseas or whose incomes derive from overseas, such as the shipping billionaires).

Any New Drachma would immediately devalue versus the Euro and thereby increase the local currency value of the existing debt. Since there is no legal mechanism for such an exit it would no doubt be declared illegal by the authorities working for the bigger powers, not just Germany and France but also Britain and the United States. Since they are already insisting on privatisation as the next chapter in the dismemberment of the Greek economy, the ‘illegal’ exit could be the pretext for the seizure of all manner of Greek assets, including public utilities and state-owned enterprises as ‘compensation’.

In addition, Greek banks have accepted deposits in Euros but their key asset would now be in devalued New Drachma so they would immediately be rendered bankrupt. Only a government prepared to protect all the deposits by taking them into public custody, and itself taking control of key assets to forestall their seizure by the foreign powers, could deal with this. Since Mr Papandreou or any likely successor in the foreseeable future is not Fidel Castro, then that is unlikely to happen. Instead, it is Germany, France, Britain and the US who would be in a position to seize assets. Advocating unilaterally leaving the Euro would unleash just such a dynamic.

As already stated, the question of default seems unavoidable. But efforts should be made to avoid a ‘disorderly default’ which would lead to the same consequences as unilaterally exiting the Euro. It is this type of default being promoted now by Cameron, Osborne, Boris Johnson and others and coincides with the interests of British banks who have exited the Greek government bond market and who feel that they can at least gain a relative advantage from competitors’ distress, or may even have a position to profit from a default.

It is possible if, for example, that the ECB retaliates to a default by withdrawing its liquidity provisions to the Greek banks or by refusing once more to accept Greek government bonds as collateral for liquidity provided to other Euro Area banks. This would bankrupt Geek banks, freeze Greece out of international markets for a prolonged period, and require the immediate closing of the deficit. Unless most of the public sector was fired and welfare payments abandoned, the only way to avoid that would oblige the government to introduce a new currency, or quasi-currency.

Comparisons with the Argentinian and Russian defaults are invalid for that reason. These countries had only debt obligations to countries such as the US. Greece, a far smaller economy than either, has Treaty obligations too which can be used against it.

Instead, a programme of investment-led deficit reduction, financed by core economies and Greece’s own resources would address the objective requirements of the economy. Under those circumstances, it would make no sense to continue further payments to private creditors, so default (or ‘restructuring’) is required. In addition, the accumulated debt burden is unsustainable, so all existing holders of Greek government debt would be obliged to take significant losses. If the Maastricht Treaty insists that 60% is the maximum permissible debt/GDP ratio then it can be asserted that the ‘haircut’ imposed on holders of Greek government debt (which stands at 154% of GDP) must be no less than 61 cents in the Euro, preferably more, for prudence sake.”

Greece: The upside of default 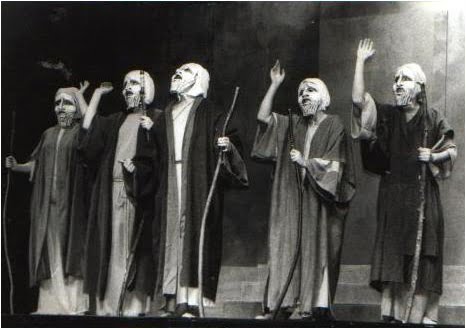