One of the features of the credit crunch era in the UK has been the way that the output (Gross Domestic Product or GDP) numbers have told a different story to the employment ones. As we stand we have just exceeded the pre-credit crunch peak in terms of output but if we look at the 981.4 million hours per week worked in the spring of 2014 we see this.

So according to these figures we are working longer hours to produce what is the same amount. This, in essence, is the productivity issue for the UK economy which begs all sorts of questions. For a start how did we become less efficient and productive over a period when you might logically think that the pressure would be strong to be more productive? Another is the issue of whether part of it was something which UK economists were crying out for pre-credit crunch which was a change of behaviour from companies in downturns where they in effect hoard labour rather than making mass redundancies. The logic behind this was that there are costs in re-hiring a skilled workforce. Should the latter be true companies right now may well be rueing taking the economic advice given as they find themselves criticised for a “productivity puzzle” which is at least in part a consequence of taking the precribed medicine.The “productivity puzzle” may be worse than we thought The Office for National Statistics has been researching the skill and ability levels of the UK workforce. However that relatively simple concept as ever needs to be hidden behind an acronym? Here QALI means Quality Adjusted Labour Input.

The difference in hours worked compared to the numbers earlier in this article is I hope due to the dip in the UK economy in early 2009. However if we move forwards with this research we see that the “productivity puzzle” has just got worse by some 5%. The ONS puts it this way.

For example, the Bank of England has recently estimated that the whole economy output per hour is some 16% below the level implies by the pre-downturn trend. This shortfall would increase to 21% including QALI.

What about wages and real wages? If we take such numbers forwards we should not be surprised at the weak path for UK wages. This has continued in this morning’s data.

Pay including bonuses for employees in Great Britain for March to May 2014 was 0.3% higher than a year earlier, with pay excluding bonuses 0.7% higher.

Some care is needed as wages fell by 1.7% in April as 2013 saw a lot of bonuses being paid at a time which escaped the 50% income tax rate. However at a time of supposed recovery wage growth is very weak. If we move to regular pay to escape a potential one-off bonus impact we see that in May alone it was an anaemic 0.6% or if you prefer £3 per week higher than a year before. Putting it another way the £446 per week of May 2013 has become £449 a year later. If we switch to real wages we see that real regular pay fell by 0.9% in May (CPI) or 1.8% (RPI). We know from yesterday’s inflation numbers that inflation rose last month by 0.4% and 0.2% respectively in June so to maintain even such a rate of  fall just got harder. Hardly a recovery theme is it? There are many different ways of estimating how much real wages have fallen in the credit crunch era. The Institute for Fiscal Studies looked at incomes since 2009-10 and come to this conclusion.

In this context replacing average with mean somehow seems appropriate. Also I note that they pointed out that the period preceding the credit crunch was not so great either.

One thought which immediately comes to mind is the rise in UK house prices since 2002. It looks even more unbalanced when we see that real wages did little and then fell. So the current 10.5% annual rate of house price growth looks even worse. If we look to sweep up the productivity and wages data we do have the beginnings of a consistent narrative. The issues with productivity can be seen as holding back wage growth and as an explanation of why it has been so weak. Actually the estimate of a 21% fall in productivity though gives a guide to the problems of this sort of analysis. After all if it was exactly true wages would be falling in nominal terms I am taking the broad sweep of the analysis. Something has changed If we move back to what in many respects we now consider to be greener pastures this was the state of play.

Median household net income has grown by an annual average of 1.3% since 1961.

I suspect I am not the only person reading those numbers wondering if we will increasingly look back on that as a type of golden era. So far economic recovery has not led to a wage growth recovery. What about the self-employed? I ask this question because they are excluded from the official statistics. As the rate of growth in their numbers over the past year below shows this is an increasingly important omission.

The Resolution Foundation published some research on this subject with an eye-catching if misleading headline.

Including the self-employed in our most timely earnings barometer would have worsened our view of the fall in earnings since the pre-recession peak by between 20 and 30 per cent.

The implication that earnings had fallen by 20% was misleading and a shame,what they meant was that the mean income fall discussed above would increase from 8.5% to somewhere between 10% and 11%. They pointed out that in the recovery they would expect self-employed incomes to pick up more quickly than overall earnings quoting the example of construction workers. So we are perhaps missing quite wide swings in wages here. Also virtually everybody I can think of is forecasting a future where wages pick-up but so far we are experiencing a situation where according to the official figures they have not. Actually you can make a case for wage growth falling in the recovery! Due to the distortions in the data the picture is somewhat foggy but where are the signs of growth? Quantity measures are very strong I have already look at the hours worked figures but these are backed up by other ones.

If we move to the unemployment numbers we see that the unemployment rate fell to 6.2% in the single month of May. Comment If we look at economic output in the UK we see that the NIESR (National Institute for Economic and Social Research) estimates that GDP growth is running at a quarterly rate of 0.9%. This follows official data telling us that the economy had expanded by 3% in the year to the end of March. So as we look for wage growth in response we are starting to ask, if not now when? In fact if we try to avoid the distortions caused by tax-minimising bonus payments we are left with the troubling conclusion that wage growth has in fact slowed. So the glass half-full view is to look at employment and unemployment trends whilst the glass half-empty one for the UK is to look at wages. If you are really hopeful you might dream that a chorus of “are you Germany in disguise?” will influence our football! 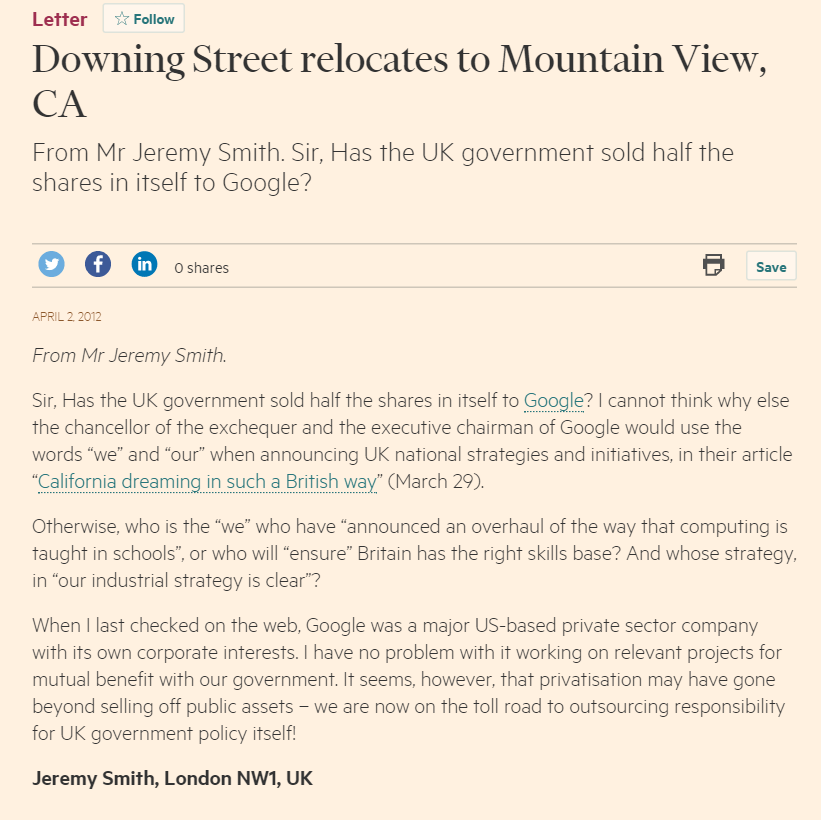