Triggering a Global Financial Crisis: Covid-19 as the Last Straw

T. Sabri Öncü ([email protected]) is an economist based in İstanbul, Turkey. This article was written on 8 March 2020 and first published in the Indian journal Economic and Political Weekly on 14 March 2020.

Whether a black swan or a scapegoat, Covid-19 is an extraordinary event. Declared by the WHO as a pandemic, Covid-19 has given birth to the concept of the economic “sudden stop.” We need extraordinary measures to contain it.

Initially referred to as the novel coronavirus 2019, the coronavirus disease (Covid-19) originated late in 2019 in Wuhan, China and was first reported to the World Health Organization (WHO) Country Office in China on 31 December 2019. Rapidly becoming an endemic, it was declared by the WHO a “Public Health Emergency of International Concern” on 30 January 2020.

Covid-19, now present in more than 100 countries, has been declared a pandemic by the WHO. However, the global financial markets had declared it a pandemic in the week that started on Monday, 24 February 2020, by overwhelmingly vouching for pandemic. They did this through the fastest equity market correction of all time that took place in about six to seven days, where a correction is defined as at least a 10% drop from the peak. There remains a second question which still is debated, and it is about whether Covid-19 is a swan or a goat.

Swan, goat or both?

While the origin of the concept of goat (specifically, scapegoat) is Chapter 16 of Leviticus, one of the early books of the Bible, the origin of the concept of swan in the current context is from Black Swan. There is also the white swan, which originated in Crisis Economics: A Crash Course in the Future of Finance. A scapegoat is a person or an event blamed for the wrongdoings, mistakes, or faults of others, especially for reasons of expediency. As for the two swans, a black swan, as defined by Taleb (2007), is an unpredictable outlier event with an extreme impact, and a white swan, as defined by Roubini and Mihm (2010), is the same as a black swan except that it is predictable.

Although, in a recent essay, Roubini (2020) identified several white swans for 2020 that “could trigger severe economic, financial, political, and geopolitical disturbances,” such as the escalation of the ongoing cold war between the United States (US) and China to a near hot war, and the potentially catastrophic effects of climate change, even he did not refer to Covid-19 as a white swan as it was an undeniably unpredictable event. So the real debate is whether Covid-19 is a black swan or a scapegoat.

Although we could not have predicted it, Covid-19 was not the reason, but just the trigger for the ongoing financial crash as all we needed was the proverbial straw to break the finance sector’s back (Öncü 2015). With asset price bubbles everywhere and the total global debt over 322% of the world gross domestic product in the third quarter of 2019 (IIF 2020), something had to trigger what is happening now.

But Covid-19 was not just any trigger as it gave birth to the concept of the economic “sudden stop.” When the global equity markets dropped on 31 January 2020 following the WHO declaration of the Public Health Emergency of International Concern, El-Erian (2020) warned the investors on 2 February 2020 that they should snap out of the “buy the dip” mentality. Pointing out two vulnerabilities, namely structurally weak global growth and less effective central banks, he introduced the concept of “sudden stop” economic dynamics.

Although El-Erian is yet to define what exactly an “economic sudden stop” is, I take it as an abrupt onset of a deep recession. In the case of Covid-19, it is a sudden stop of economic activity resulting in supply and demand shocks to the global economy as major cities in infected countries, more than 100 and counting, are put on lockdown. And, add to that the deepening oil price war between Russia and Saudi Arabia.

Shortly after 6 pm on 8 March 2020 in New York, the futures markets opened and oil futures (both Brent and WTI) are trading about 21% down, gold is above $1,700 per ounce, and all United States (US) equity index futures are trading about 4% down. What is worse is that with the long-term US Treasury yields at their historical lows (10-year yield below 0.5% and 30-year yield below 1% as I write), the capital markets are frozen (not to mention many oil projects that will go bust at these prices).

All this means that what I claimed inevitable in my column (Öncü 2019) has already started: a disorderly global non-financial private sector debt deleveraging, which is likely to lead to deep global debt deflation, followed by a recession (and possibly a depression), thereby creating financial and economic instabilities, and further tensions in international relations with dire consequences for emerging and developing countries, not to mention developed countries.

As mentioned in Öncü (2019), while in developed and high-income developing countries, the non-financial private sector is more over-indebted, in middle-income and low-income developing countries, the public sector is more over-indebted. Given that the global non-financial private sector debt deleveraging has already started, the analysis in Öncü (2019) indicates that the public sector debts of the developed and high-income developing countries will also go up and the governments’ ability to rescue their economies will also decline in these countries. Furthermore, this will severely constrain the governments’ ability to spend on climate change-related projects to address the potentially catastrophic effects of climate change for many years to come, diminishing our hopes to make the necessary investments and innovations to address the now existential climate crisis on time. Last, but not least, the measures we have to take to control the spread of Covid-19 before a cure is found will further challenge the financial system, as people stop earning an income and businesses go bankrupt (Keen 2020b).

In this column last year, I looked at the German Currency Reform (GCR) of 1948 as a modern example of debt restructuring to see if it could be adapted for use now (Öncü 2019). Recall that the original plan of the GCR consisted of (i) conversion of currency and debts at a ratio of 10 reichsmarks for one deutschemark, and (ii) a fund built with a capital levy for the equalisation of burdens (Lastenausgleich) to correct part of the inequity between owners of debt, and owners of real assets and shares of corporations. As the actual GCR deviated from the planned GCR in that it required all financial institutions to remove from their balance sheets any securities of the Reich and cancel all accounts and currency holdings of the Reich, it impaired the balance sheets of nearly all of the financial institutions. The equalisation claims were the solution, which were interest-bearing government bonds of a then non-existing government and had no set amortisation schedules. They later became bonds of the Federal Republic of Germany, established on 23 May 1949.

In his two Patreon posts, Keen (2020a, 2020b) proposed several extraordinary measures including the “Modern Debt Jubilee” (MDJ) of Keen (2017) that the governments, central banks and financial regulators should take now to stop the health effects of Covid-19 triggering a financial crisis that could in turn make Covid-19 worse. Supporting these immediate measures wholeheartedly, I add a globally coordinated deleveraging framework to be considered later that Ahmet Öncü and I have proposed in Öncü and Öncü (2020a, 2020b). Our proposal is a blend of the MDJ and the GCR.

In our framework, there would be three authorities to maintain a deposit account at the central bank in each country: a deleveraging authority for leverage reduction, Lastenausgleich authority for capital levies, and a climate authority for financing needs in developing national climate plans. These national authorities should be globally coordinated through the appropriate United Nations agencies.

Assuming that a globally agreed-upon debt reduction percentage that would bring the global non-financial sector leverage well under 100% is determined, and that all countries agree to act simultaneously, the framework is as follows:

One issue is that in many countries, the bank and NBFI balance sheets are multi-currency balance sheets. However, the deleveraging authority payments are in domestic currency, which may create currency risk for some banks and NBFIs. Backed by the central banks, the globally coordinated national deleveraging authorities should stand ready to intervene to avoid potential crises.

Lastly, equipped with a “globally coordinated wealth registry” (Stiglitz et al 2019), the Lastenausgleich authorities would collect progressive wealth taxes from the owners of real and non-debt financial assets for the equalisation of burdens. While a part of these taxes could be used to retire some of the equalisation claims and the corresponding reserves and deposits created in the deleveraging process, another part could be transferred to the climate authorities, and the rest could be spent in the interests of the society.

Keen, S (2017): Can We Avoid Another Financial Crisis? Cambridge and Malden: Polity Press. 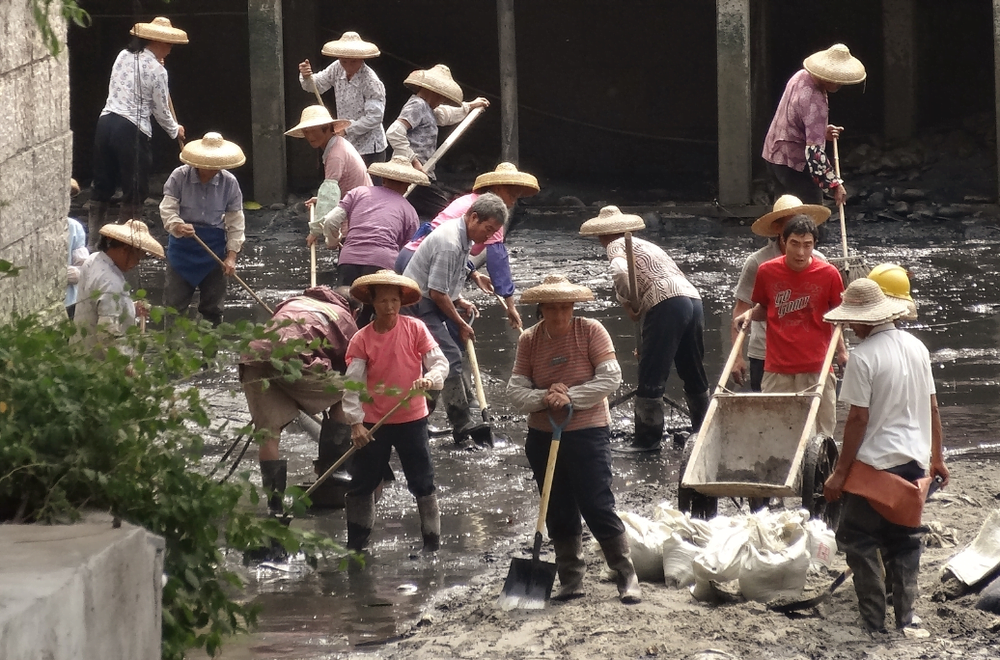