Mervyn King’s recent tome, “The End of Alchemy”, is an engaging but mysterious endeavour.  It is a mix of real insights and at times hinting at fairly radical thinking, especially on the part of a central banker, but intermingled with some ambivalence and contradiction. Big questions are raised, some important proposals put forward, but his conclusion on future macroeconomic policy in particular is a huge disappointment.  He is very tough on the failings of the Eurozone, and gloomy as to its future prospects.  He makes bold proposals for a new system of sovereign debt restructuring, and calls for debt relief.

King sees clearly that “without reform of the financial system, another crisis is certain, and the failure to tackle the disequilibrium in the world economy makes it likely that it will come sooner rather than later.”  Yet sadly, his answers on how to avoid this turn out to be no more than a tired set of supply-side tropes – including “reduce the cost of providing public services” – as if we had not had austerity policies since 2010!

King’s proposals for reform of our system of banking and money creation – though interesting – assume that it is the “alchemy” in the system that we need to contend with.  Yet the major problem to be addressed – but not tackled by the author – is surely how to control the huge flows of footloose capital which are endemic to the post 1970s era of financial liberalization and deregulation. 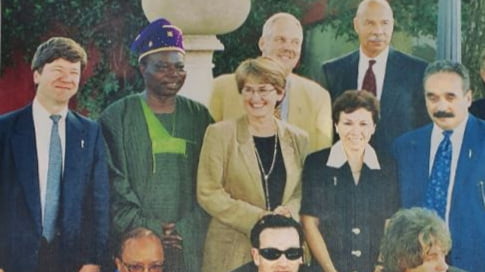