Many rightly applaud Paul Krugman for using his platform at the New York Times to defend further fiscal stimulus in the US – against a hostile political crowd, not to mention the downright opposition of neo-liberal economists – and we commend him for that.

However, because he has such an important platform, it matters more to many monetary economists (including the editor of this series) that he appears to lack a proper understanding of the nature of credit, and the role of banks in the economy. In one of his columns Prof. Krugman wrote:

“As I (and I think many other economists) see it, banks are a clever but somewhat dangerous form of financial intermediary … For in the end, banks don’t change the basic notion of interest rates as determined by liquidity preference and loanable funds … Banks don’t create demand out of thin air any more than anyone does by choosing to spend more; and banks are just one channel linking lenders to borrowers.” MARCH 27, 2012, 4:53 PM. Banking Mysticism (New York Times).

Prof Krugman thus supports what monetary reformers like Prof Steve Keen identify as the orthodox “Loanable Funds Theory” – often (wrongly) defined as “Keynesian”. Prof Mankiw of Harvard – a prominent neoliberal economist, defines “Loanable Funds Theory” this way: “Saving is the supply of loans – individuals lend their saving to investors or they deposit their saving in a bank that makes the loans for them.  Investment is the demand for loans – investors borrow from the public directly by selling bonds or indirectly by borrowing from banks.” (from Mankiw, Macroeconomics, p.65).

According to this theory money for loans is provided by savers, and the “price” (or rate of interest) for loans is determined by changes in demand and supply of “loanable funds.”  Credit does not appear to enter into the theory. Prof. Mankiw and Prof Krugman do not appear to accept that banks create credit – “out of thin air” – on the guarantee of collateral, a contract to repay over a fixed time period, and at a certain rate of interest. Instead, according to this view, they are simple intermediaries between savers and borrowers; between those who are ‘patient’ savers and ‘impatient’ borrowers.

We fundamentally disagree, and argue that it is this misunderstanding of the nature of credit and the role of bankers that led to reckless de-regulation of the finance sector, and ultimately to many financial crises.

The following piece is Steve Keen´s latest response to the heated debate within economics about the nature of credit and bank money; the role of banks, and the impact of credit (or debt) in generating demand within the economy.

What a difference a year (and three-quarters) makes. Back in March of 2012, Paul Krugman rejected the argument I make that new debt creates additional demand:

“(Steve) Keen then goes on to assert that lending is, by definition (at least as I understand it), an addition to aggregate demand. I guess I don’t get that at all. If I decide to cut back on my spending and stash the funds in a bank, which lends them out to someone else, this doesn’t have to represent a net increase in demand. Yes, in some (many) cases lending is associated with higher demand, because resources are being transferred to people with a higher propensity to spend; but Keen seems to be saying something else, and I’m not sure what. I think it has something to do with the notion that creating money = creating demand, but again that isn’t right in any model I understand.” (Krugman, “Minsky and Methodology (Wonkish)”, March 27, 2012)

Then late last year, this argument turned up in his musings about the secular stagnation hypothesis:

“Start with the point I’ve raised several times, and others have raised as well: underneath the apparent stability of the Great Moderation lurked a rapid rise in debt that is now being unwound… Debt was rising by around 2 percent of GDP annually; that’s not going to happen in future, which a naïve calculation suggests means a reduction in demand, other things equal, of around 2 percent of GDP.” (Krugman, “Secular Stagnation Arithmetic”, December 7, 2013)

Don’t get me wrong: I’m glad that Krugman may finally be starting to support the case that I (and some other endogenous money theorists like Michael Hudson & Dirk Bezemer) have been making for many years: that rising debt directly adds to aggregate demand. If he is, then welcome aboard. Though there’s doubt as to whether Keynes ever uttered the words attributed to him that “when the facts change, I change my mind. What do you do, sir?”, I’m happy to accept this shift in that spirit.

In the neoclassical Loanable Funds universe, only if the lender is a miser and the borrower a spendthrift will demand rise all that much. Generally, mainstream economists downplay this possibility—ignoring issues of the distribution of income in the process of course. But they are right to regard this as a “second order” effect. The trouble is that they also turn a blind eye to “first order effect” that a bank doesn’t have to “save” in order to be able to lend.

This blindspot in the neoclassical approach to debt and banking is easily illustrated using a couple of lines of bookkeeping.

From the neoclassical vision of saving as modelled by Krugman (after inserting an implicit banking sector into Krugman’s bank-less model), lending makes no difference to the level of aggregate demand (unless the impatient agent has a markedly higher propensity to spend) because lending does not change the amount of money in circulation—it only alters its distribution by reducing the amount in Patient’s account and increasing the amount in Impatient’s. The banking sector’s assets are ignored because the bank is treated as a “mere intermediary” that facilitates the loan between depositors (and maybe charges a fee for the service) but otherwise does nothing.

Real world lending is not a transfer of money from one depositor’s account to another’s, but a contract between a bank and a borrower in which the bank credits the borrower’s account (thus increasing the bank’s liabilities). in return for the borrower agreeing to be in debt to the bank for the same amount (thus increasing the bank’s assets). This increases the aggregate amount of money in circulation, increasing aggregate demand in the process—and predominantly finances investment or speculation rather than consumption. Contrary to neoclassical a priori logic, the level of private debt has serious macroeconomic effects, and plays a dominant role in setting asset prices.

Considering this, we must abandon the “Loanable Funds” model of lending, which treats banks as “mere intermediaries” and therefore ignores them in macroeconomics. Loanable Funds has to go and a truly monetary approach to economics, in which banks, debt and money play integral roles, has to take its place. Loanable Funds is a kindred spirit to the Classical Physics assumption that energy was infinitely divisible: if one goes—continuous energy for physics; Loanable Funds for economics—then so does the other—Maxwellian Physics back then; the still dominant non-monetary approach to macroeconomics for economics today.

Krugman’s recent “naïve calculation” throws out the latter. Will he now also ditch the former? That would be a really big shift, because until now he has been the staunchest defender of Loanable Funds, and derisory of the alternative “Endogenous Money” model, in which banks play an essential role in macroeconomics. In a series of posts—“Minsky and Methodology”. “Banking Mysticism”, “Banking Mysticism, Continued”, “Commercial Banks as Creators of ‘Money’” to name a few—he has heaped ridicule both on the proposition that banks matter in macroeconomics, and on the people who make that case.

Clearly he’s been rude—and ill-informed—in doing so. And he’s been rudest to me of all (see “Oh My, Steve Keen Edition”). But if he does abandon Loanable Funds, then “all is forgiven”, because I’m convinced that the Neoclassical belief in Loanable Funds is the biggest barrier there is to the development of a realistic, monetary macroeconomics. If Krugman gives way on this belief, then maybe there’s hope that Central Banks and Treasuries around the world will eventually do so too. They might finally start to develop economic policies that reduce the problems caused by the crisis, rather than making them worse.

I’ll have more to say on this topic in coming months—including a “Post Keynesian” model of mine that shows how bank lending adds to aggregate demand, and comments on Nick Rowe´s Neoclassical explanation of the same phenomenon. You will find these and other posts on my blog www.debtflation.com and in my column on Business Spectator http://www.businessspectator.com.au/contributor/steve-keen. An Australian Post-Keynesian economist and author of Debunking Economics (Zed, 2011)
See all articles 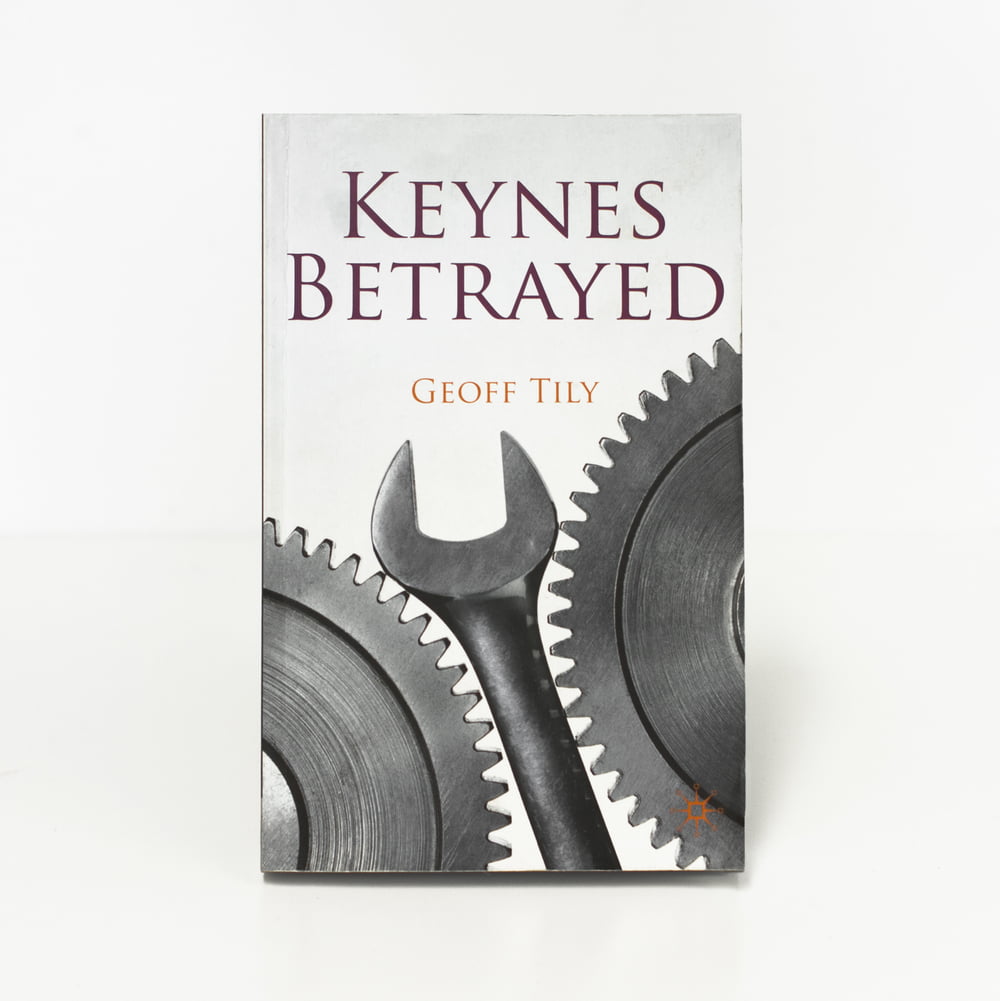