Late last month, pioneering socialist economist John Weeks passed away. Ann Pettifor remembers her colleague and friend – and his contributions to left-wing politics. This piece first appeared in Tribune magazine on 08 August, 2020. Please note correction at the end of this piece.

John Weeks, brilliant Left economist and public intellectual, would have been well pleased that three days after his death the Financial Times published a letter he had signed attacking the Office for Budget Responsibility (OBR). The idea that posthumously he remained a thorn in the side of the British economics establishment would have brought this Texan-born socialist considerable satisfaction.

John was a warm, good-looking and radical economist, a dapper dresser and a man who knew how to wear a Fedora. He had an extraordinary record of achievement in the field of international development. While that was impressive enough – he founded SOAS’s Development Studies department – it was his role as a public intellectual, not just in the UK, the US, but also Nigeria, Vietnam, Kenya, Peru and Nicaragua that will be his lasting legacy.

Unusually for an economist, he actively and purposefully engaged in public debates on economic policy and did so to promote a more rational understanding of economics than that served up by the neoliberals.

He also liked a good intellectual argument. In his seminal work on Marxism, Capital, Exploitation and Economic Crisis he challenged Engels’s interpretation of Marx’s labour theory of value in Volume Three of Capital. And in a major work on Neoliberalism, The Irreconcilable Inconsistencies of Neoclassical Macroeconomics, he deployed maths and models to rigorously dismantle a theory backed by most orthodox economists. A contrarian who loved to challenge and contradict his Marxist and Keynesian friends (including yours truly) he fought all his life for social and economic justice.

I first got to know John at a time when, with notable exceptions, the economics profession endorsed George Osborne’s disastrous role at the UK Treasury. We were both concerned by the Left’s neglect of monetary theory and policy, but also of the international financial system. Most progressives prefer to focus on microeconomic theory and policies that support state intervention in the domestic economy.

Neoliberalism’s preferences are different, wrote John in PRIME in 2012. The Right, he wrote, understand that constraints on monetary policies – including the ‘independence’ of central bankers – go “hand in hand with restrictions [neoliberalism] places on the effective use of other macroeconomic policies.” Challenging austerity requires a proper understanding of both monetary theory and policy, we argued.

With time, John, Jeremy Smith and I were to become frustrated by the weakness of the British Left’s attacks on the economics profession’s orthodoxy. Even while we supported ‘Economists against Austerity’ we were disappointed by the failure to change public discourse on austerity. So we combined forces in 2015 to set up ‘Economists for Rational Economic Policies.’ One of our first works was a report entitled The Cracks Begin To Show, in which John demonstrated how, far from borrowing £37 billion less as promised, during fiscal year 2014-’15, George Osborne had actually raised borrowing to “a tidy £90 billion which by simple subtraction yields an over-run of £53 billion.”

John’s roots in American progressive politics began with his involvement in the Civil Rights Movement of the late 1950s, participating in sit-ins to desegregate Woolworths’ lunch counters while he was an undergraduate at the University of Texas in Austin, his hometown. Later, studying for a PhD at the University of Michigan in Ann Arbor, he joined in the anti-Vietnam War struggle. In 1989, when he and his wife Liz Dore taught at Middlebury College in Vermont, they befriended the then-unemployed Bernie Sanders.

Given John’s long history of active engagement with the labour Left in the US, in 2018 I asked him to join a gathering assembled in my flat to meet with two visiting US Justice Democrats promoting Left congressional candidates, including Alexandria Ocasio-Cortez. We were excited to meet with these young radicals, but to my dismay, John openly expressed scepticism.

Too many activists on the American Left he thought, relied on publicity and social media as a basis for public mobilisation. His experience, and the history of the American Left had taught him mobilising and winning progressive campaigns required hard graft and the daily grind of organising working people through trade unionism.

At the beginning of 2018 the Progressive Economy Forum was launched by Patrick Allen who approached John  and other eminent economists to join its council. This project was a perfect fit for John who became coordinator of the council and it became the main focus of his activities in his last two years. John and Patrick had meetings with John McDonnell and the shadow treasury team to  discuss economic policy . John McDonnell participated in several PEF events and PEF’s influence can be seen by the  number of its policies which ended up in the 2019 Labour manifesto.

More than anything, John wanted to live under a Labour government before he died and did all he could do to support both Jeremy Corbyn and John McDonnell, but also his own MP, Keir Starmer. He was a radical socialist who was a loyal and supportive friend to me and to many others. He is greatly missed.

Editor’s note: this article was amended to reflect the origins of the Progressive Economy Forum. 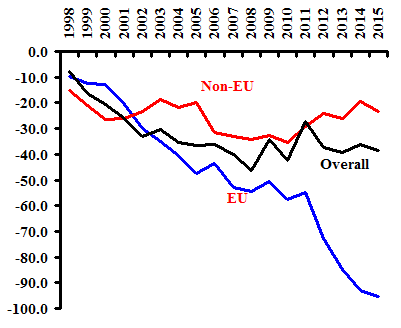