The OECD has been the classic “supply side is what matters” international organisation for the promotion of globalisation.  We have long contested this one-sided approach,  which has almost ignored the demand-side.  Now the OECD has certainly not pulled back from its call for the euphemistically-described “structural policies” – but today its Chief Economist Catherine Mann has shouted from the OECD’s Paris rooftops her warning about the state of the global economy.  And underlined the truly urgent, need for governments to respond – in particular via fiscal policy.

Policymaking is at an important juncture. Without comprehensive, coherent and collective action, disappointing and sluggish growth will persist, making it increasingly difficult to make good on promises to current and future generations.  Global growth has languished over the past eight years as OECD economies have struggled to average only 2 per cent per year, and emerging markets have slowed, with some falling into deep recession. In this Economic Outlook the global economy is set to grow by only 3.3 per cent in 2017…

The prolonged period of low growth has precipitated a self-fulfilling low-growth trap. Business has little incentive to invest given insufficient demand at home and in the global economy, continued uncertainties, and a slowed pace of structural reform. In addition, although the unemployment rate in the OECD is projected to fall to 6.2 per cent by 2017, 39 million people will still be out of work, almost 6.5 million more than before the crisis. Muted wage gains and rising inequality depress consumption growth.

The low-growth trap is not ordained by demographics or globalization and technological change. Rather, these can be harnessed to achieve a different global growth path – one with higher employment, faster wage growth, more robust consumption with greater equity…

Monetary policy has been the main tool, used alone for too long. In trying to revive economic growth alone, with little help from fiscal or structural policies, the balance of benefits-to-risks is tipping….

Fiscal policy must be deployed more extensively, and can take advantage of the environment created by monetary policy. Governments today can lock in very low interest rates for very long maturities to effectively open up fiscal space. Prioritized and high quality spending generates the capacity to repay the obligations in the longer term while also supporting growth today. Countries have different needs and initial situations, but OECD research points to the kind of projects and activities that have high multipliers, including both hard infrastructure (such as digital, energy, and transport) and soft infrastructure (including early education and innovation). The right choices will catalyse business investment, which, as the Outlook of a year ago argued, is ultimately the key to propelling the economy from the low-growth trap to the high-growth path.

Let us note that her references to “infrastructure “ include matters that, in public accounting terms, would fall to be considered as current expenditure rather than capital expenditure.  This is another reason why we (and I think in particular of the Labour Party) should not seek to have an over-rigid divide between the two types of spending, or the case for borrowing for both types of expenditure, where this is sensible.

But above all Ms Mann’s analysis demonstrates just how misguided and counter-productive Chancellor George Osborne’s fixation on an overall UK budget surplus is – and likewise how damaging, to Germany and the EU, is the German government’s budget surplus policy.

The need is urgent. The longer the global economy remains in the low-growth trap, the more difficult it will be to break the negative feedback loops, revive market forces, and boost economies to the high-growth path. As it is, a negative shock could tip the world back into another deep downturn. Even now, the consequences of policy inaction have damaged prospects for today’s youth with 15 per cent of them in the OECD not in education, employment, or training; have drastically reduced the retirement incomes people are likely to get from pension funds… and have left us on a carbon path that will leave us vulnerable to climatic disruption. 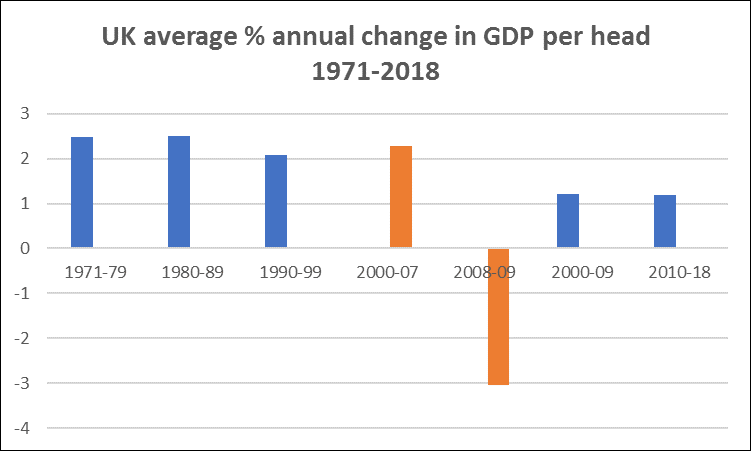