Far from welcoming signs of economic growth, the chancellor opened his statement today with distinct uneasiness about the “Alice in Wongaland” recovery. In sombre mood, he referred to “spotting debt bubbles” before they burst, “unsustainable spending” and “effects on family budgets (from the crisis) still being felt”. The fact is that economic recovery poses a severe political threat to the chancellor and his party.

The worry is that Britain’s consumers will be swept away by the rising waters of recovery and consumption, and then beached by soaring interest rates – before the next election. Households are indebted to the tune of 140% of their income. But companies – accused of hoarding cash and not investing – are scarcely in better health. The corporate debt to income ratio, like that of the household sector, was at 140% in June 2013. No wonder firms are hoarding cash, and failing to invest. No wonder the chancellor today offered subsidies to exporters, the construction sector and white van lorry drivers – to add to the effective subsidies offered to bankers in the form of various lending schemes.

And while the chancellor expressed the hope that the Bank of England “can keep interest rates lower for longer and support the country …” he also knows that the bank has deliberately abandoned its control over rates of interest on the whole spectrum of lending – rates charged to small and large firms, households and credit card holders. Instead these rates are fixed by “the free market” and at the whim of global bond markets. So the threat to the UK’s heavily indebted private sector grows. This is the chancellor’s real fear: that the recovery will end in “a sea of tears” before voters go to the polls.

This text was originally published in the Guardian “Autumn statement 2013: our writers’ verdict”. Read the full debate here. 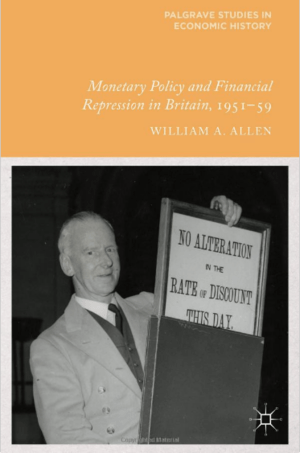