Today the ONS published its preliminary estimate of GDP figures:

“Output increased in three of the four main industrial groupings within the economy in Q4 2013 compared with Q3 2013. Output increased by 0.5% in agriculture, 0.7% in production and 0.8% in services. However, output decreased by 0.3% in construction.”

We are not impressed, because without structural adjustments to the British economy, this “recovery” will not increase living standards but will be a short-term increase in GDP and employment – bound to be reversed as soon as interest rates rise again.

Living standards in Britain might not recover until 2018/19. The Office for Budget Responsibility has projected that real wages are unlikely to rise until 2017/8 due to the continuous lack in productivity growth. Increases in productivity however will derive from investments in innovation. Yet Britain’s firms lack the finance for investment and as a result, miss out on training skilled innovators for a better long-term outlook.

The debate on living standards has gained some political significance. The government celebrates the recovery while the Labour party criticises the missing upswing in real wages. If living standards do not rise the current government will face serious problems at the next election. So far there is no doubt that living standards have stagnated– if not fallen as several reports have shown recently.

The divergence between growth in GDP and growth in living standards

The most common used indicators of living standards are real wages. These can be calculated by taking the average weekly earnings (AWE) of workers and by reducing the inflation of prices by for example the Consumer Price Index, CPI (as done by the IFS) or the Retail Price Index, RPI (used by the ONS). Both indicators are problematic if looked at more closely. RPI is criticised for its mathematical formula, whereas CPI does not include owner-occupied housing costs.

The red marked fields in the graph below shows the wide range of how various measurements of living standards translate into very different results. The Chancellor, George Osborne in his autumn statement for example referred to real household disposable income (RHDI) – an unusual indicator for living standards. RHDI is unlikely to decrease in times of recession as it includes income from public institutions such as churches and universities.

First, of course average weekly earnings at the bottom of the range are lower in nominal terms. Additionally, both low income households face higher price inflation according to an IFS calculation. These income groups are less likely to benefit from low interest rates for mortgages. Low-income families also spend, on average, more on energy.  Energy prices rose by 60%, the highest rise in prices, after education, between 2008 and 2013.  Furthermore other proportionally significant expenditures for low-income households, namely food, rose by 50% during the same period. The IFS study shows that while higher than average income households have seen their living standards stagnate, because of a 2.4% inflation rate eroding living standards, low-income households, have suffered an even higher inflation of 3.4%$. This has cut their low income even further.

Why have living standards fallen?

The faltering of real wages is structural. The usual rhythm of periodic falls in living standards accompanying cycles of recession seems to be outdated. The Resolution Foundation argues that despite periods of prosperity in the 21st century, life became steadily harder for people in paid work. The ONS argues that this change is particularly evident after financial crises: “Nominal wage growth below the rate of price inflation has resulted in real wages falling for the longest sustained period since at least 1964.”

Why? The ONS largely blames falling productivity levels since 2008. Productivity growth has averaged 2.9% during the two decades between 1988 and 2008. Since the 2008 crisis productivity levels have fallen to -0.8% percent. While the ONS presents this as evidence that the British economy suffers from crises-related problems, the graph below shows that more labour input was required to sustain growth in wages even before 2008. As shown below, the trend in rising average hours worked started in 2005.

Stagnant labour productivity is only one of several structural deficits that prolonged recovery in GDP growth and is still postponing the recovery in living standards. The Resolution Foundation has also pointed out that Britain´s problems go far beyond crisis-related struggles. Britain like all other advanced economies increasingly requires skilled labour. The increase in recent employment was largely in high-skilled, knowledge sectors that require at least a B.A. degree if not higher. Yet there is “a chronic lack of skills in the bottom half of the UK workforce” as well as “a lack of structure in the jobs market, both for employers trying to make long-term plans about skills and for young people  making the transition from education into work” (Resolution Foundation). While other European countries shifted the focus of the education system toward what children achieve by the age of 18, Britain’s focus is still on getting basic skills by the age of 16, with less attention to further education. The low-skill problem of the UK labour market affects large parts of society namely “the employees of UK´s growing, non-traded, low status service sectors, above all for those working part-time. More often than not this means women, who in the UK face a higher risk of low pay than in most other advanced economies.”

In addition to the lack of skilled workers, credit conditions are only slowly easing for the innovators in the country – namely non-financial corporations and particularly small and medium sized businesses.

The figure below shows that small and medium non-financial corporations expected credit availability to be much higher (red diamonds) than they eventually received (in blue). This has led to less optimism about the lending opportunities for the forthcoming quarter. Thus the positive effects of the news of recovery were choked off for small and medium-sized businesses, that now remain reluctant to invest.

Another chart published by the Bank of England in late January, reveals why businesses do not invest. Lending to the private non financial industry is still negative. In particular the important construction sector lacks the funds for more investments in economic activity. Put differently: the industries that could invest and drive up labour productivity, cannot get access to credit.

The positive news of an increase in monthly construction output in December 2013 (estimated to be 2.0% higher when compared with November 2013) is dampened by the reality of tight credit.

To summarize: without structural adjustments to the British economy, this “recovery” will not increase living standards. The increases in GDP and employment we are experiencing at the moment are positive but short-termed. Only if the claimed prosperity translates into higher living standards, recovery will be sustainable. 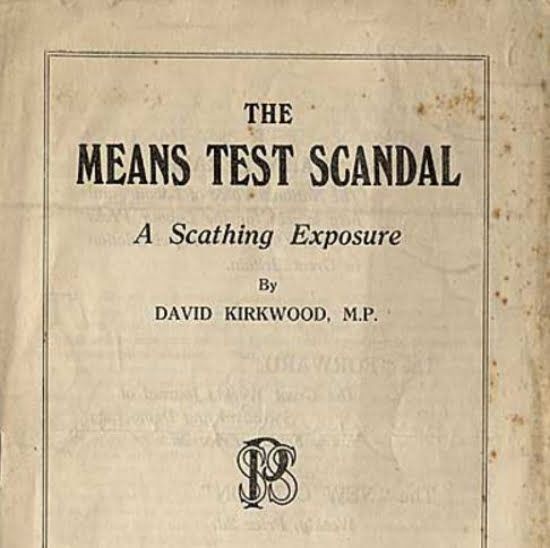