The Just Money series on openDemocracy and the PRIME website concludes today with an exclusive extract from Ann Pettifor’s e-book of the same name.

“Modern finance is generally incomprehensible to ordinary men and women … The level of comprehension of many bankers and regulators is not significantly higher. It was probably designed that way. Like the wolf in the fairy tale:

“All the better to fleece you with.”

The global finance sector today exercises extraordinary power over society. The sector dominates economic policy making, undermines democratic decision-making, has financialised all sectors of the economy, and has made vast profits, often at the expense of both governments and the productive sector.

Yet even as finance capital eludes and defies governments, and as legislators bow to the sector’s demands to cut public services in the name of ‘austerity’, finance has become more, not less, dependent on the state and on taxpayer support. Despite its detachment from the real economy and from state regulation, the global finance sector has succeeded in capturing, effectively looting, and then subordinating governments and their taxpayers to the interests of financiers.

I have two overriding objectives. First, to challenge and nail the argument that ‘there is no money’ for society to address major threats, to fight poverty and to meet human needs. Money and monetary systems, I will argue, are social constructs, and can and must be managed, mobilised and deployed to serve the wider interests of society and the ecosystem.

Second, I want to force into the open a subject that is taboo: the role of private, commercial banks in the creation of money ‘out of thin air’. For too long orthodox economists have misled politicians and others, and focussed only on central bank money creation. They have deliberately downplayed the role of the private sector: in credit creation or ‘printing’ money; in providing or denying finance to productive sectors; and in generating inflation.

Monetarists, such as those that advised Mrs Thatcher’s government, never accuse the private commercial banking system of ‘printing money’. Yet the private banking system ‘prints’ 95% of the money in circulation in Britain, according to the governor of the Bank of England. It is they who hold the power in an unregulated system to provide or withhold finance from those active in the economy[3]. Yet neoliberal economists largely ignore private money ‘printing’ and aim their fire instead at governments and state-backed central bankers whom they accuse of stoking inflation by the excessive creation of money.

The blind spot for the private creation of credit is part of the ideology rooted in the belief that “free, competitive markets” are the best way to organise the finance sector and the economy. This belief is in turn rooted in contempt for the democratic state. The monetarist blind spot for the link between private banks’ money creation and inflation goes some way to explaining why Mrs Thatcher’s economic advisers found they could not control both the British money supply and inflation[4]. They had aimed only to control the public money supply – government spending and borrowing.  Partly as a result of monetarist doctrine, the Thatcher administration presided over a rise in the inflation rate to 21.9% in its first year of office. Only during the fourth year did inflation come down below the inherited rate. As William Keegan explains, the “defunct (monetarist) economic doctrine” led not only to a rise in inflation, but also to a savage squeeze on the British economy and to escalating unemployment[5]. Unsurprisingly, “the private sector did not respond… because the methods chosen by the evangelicals made the economic outlook much worse, so that there was no incentive for it to respond.”[5]

Unfortunately because most orthodox economists treat money as if it were ‘neutral’ or simply a ‘veil’ over economic transactions, the question of how to control the monetary system and in whose interests it should be managed, has long been neglected. In the words of a leading economist who will remain anonymous money or credit is “a matter of third order importance.” Some think that this neglect by the economics profession is not accidental. It has enabled global finance capital to thrive, untroubled by close academic or public scrutiny.

If we are to reclaim the public good that is the monetary system; if we are to once again subordinate the small elite that makes up the finance sector to the interests of society and the economy as a whole, there must be democratic and accountable oversight of the system. We know it can be done, because in our recent history, after the 1929 financial crash, society succeeded in wrenching control of the monetary system back from a reckless and greedy wealthy elite. Last time depression and world war created the conditions for reform. This time a greater public understanding of money is required. It is perhaps the only thing that will head off depression and world war.

Unfortunately citizens will not receive much help in understanding or taming finance from the economics profession, from regulators or officials because many are either uninterested or ill-informed about the nature of both money and banking.

While the dominant, orthodox or neoclassical school of economists may pay little attention to ‘neutral’ money in designing models of the economy, they also conceive of it as akin to a commodity. Money, in their view, is represented by a tangible asset or commodity, like gold or silver. In this view money can represent a surplus to be set aside or saved, accumulated and then loaned out. In this story, savers lend to borrowers, and bankers are mere intermediaries between savers and borrowers.

Because neoclassical economists conceive of money in this way, and because all commodities have a scarcity value, these economists theorise as if money is subject to market forces of supply and demand, and like commodities, can become scarce. But money is not like a commodity. To define it as such is to create a ‘false commodity’ as the political economist Karl Polanyi argued[7].

Orthodoxy’s opposition to the management of finance

Many orthodox economists are opposed to managing and regulating finance in the interests of society as a whole. Acting consciously or unconsciously on behalf of creditor interests, many effectively provide justification for ‘easy’ (that is unregulated) but ‘dear’ (at high rates of interest) credit, the worst possible combination for society and, I will argue, the ecosystem.

Orthodox economists also have an unhealthy obsession with the state, which they accuse of ‘rent-seeking’ while ignoring the rent-seeking of the private sector.

There is an alternative understanding of money, one that is periodically lost to history. This understanding informs the work of some of our greatest and most influential economists[8]. They have all understood that money is not and never has been a commodity, nor is it based on a commodity. Instead money is asocial construct – a social relationship based primarily and ultimately on trust.

This gap between the orthodox or neoclassical understanding of the nature of money and, for example, the Keynesian understanding of money is as wide and profound as that between 16th century Ptolemaic and Copernican concepts of the heavens. It is a gap in understanding that led the 2013 winner of the Nobel Prize in economics, the orthodox Eugene Fama to make this response to a New Yorker journalist:

Many people would argue that… there was a credit bubble that inflated and ultimately burst.

So what caused the recession if it wasn’t the financial crisis?

Eugene Fama: (Laughs) That’s where economics has always broken down. We don’t know what causes recessions. Now, I’m not a macroeconomist so I don’t feel bad about that. (Laughs again.) We’ve never known. Debates go on to this day about what caused the Great Depression. Economics is not very good at explaining swings in economic activity.

Imagine if, after an airline crash and the death of 300 people, engineers, physicists –  professionals and academics working on the design and build of the aeroplane – said: “aeronautical engineering is not very good at explaining crashes”. Would we not regard those aeronautical engineers as at worst reckless and irresponsible, and at best, incompetent and undeserving of their posts?  How can a Nobel Prize winner in economics get away with arguing that economics cannot explain a financial crisis that has done far more harm than all the airline crashes in history?

When the economics profession finally moves away from an orthodoxy based on Fama’s flawed notion of credit as the savings of ‘people that save too much’ it will be a step as revolutionary as the paradigm shift in astronomy that took place under the leadership of Copernicus. Just Money will, I hope, move the process along. Not by persuading the economists themselves, but by changing the distribution of knowledge in the societies within which they operate.

This article is part of the OurKingdom series, Just Money, examining some of the themes in Ann Pettifor’s new ebook Just Money: How Society Can Break the Despotic Power of Finance, published by Commonwealth. It is available on Kindle and direct from the Prime Economics website. You can donate to OurKingdom’s work here.

[2]Geoffrey Ingham, The Nature of Money.

[4] For more on this, see Mrs Thatcher’s Economic Experiment by Victor Keegan, published by Allen Lane, 1984. 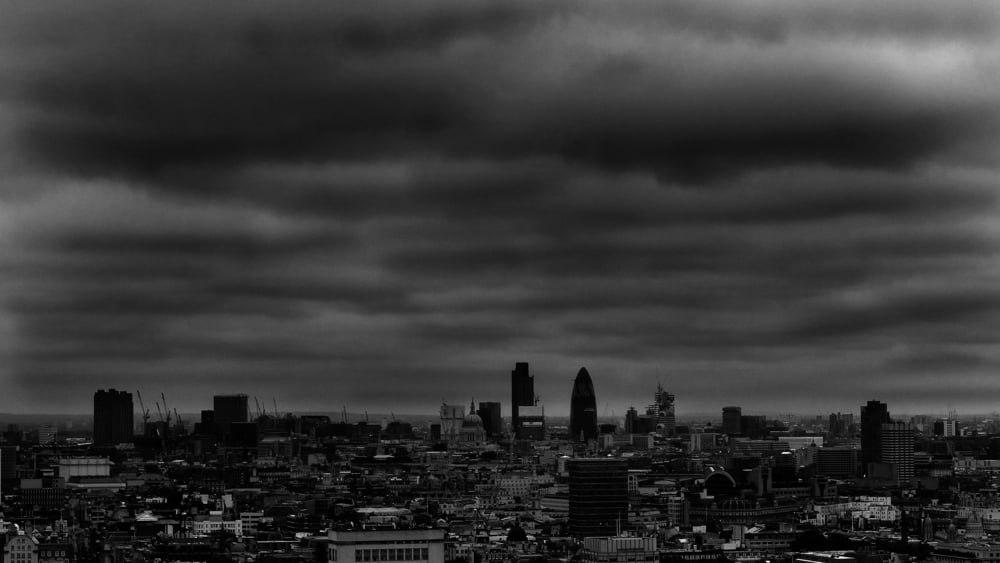 Bringing money back from “the underworld”