Cabinet Secretary Mark Sedwill has in our view acted unlawfully in ‘advising’ or ‘ordering’ the Office for Budget Responsibility not to publish its report on technical changes in relation to its March 2019 fiscal and economic forecast, due out today.  By giving way, the OBR has helped to undermine its own independence. The only winner is the Conservative government, which wants to avoid scrutiny of its economic policies during the election.

“Publication of our restated forecast will no longer go ahead today following advice from the Cabinet Secretary.

As we notified the Treasury and Treasury Select Committee on 29 October, we had planned to publish a technical restatement of our March public finance forecast this morning, bringing it into line with current ONS statistical treatment – for example, the new treatment of student loans implemented in September – but not incorporating any new forecast judgements regarding the economy, the public finances or the impact of Brexit. This will no longer go ahead as the Cabinet Secretary has concluded that this would not be consistent with the Cabinet Office’s General Election Guidance.”

So how did we get to this point?  The banned publication, we believe, would simply show that government borrowing has somewhat increased from the level the OBR had assessed in its economic and fiscal forecast report last March.  Some of that increase – e.g. the treatment of student loans by ONS –  is for technical reasons.  But even this modest report has scared people in High Governmental Places, it seems. The Cabinet Secretary and OBR have caved in, whatever their intentions, to the Tory electoral interest.

The OBR was established by the Budget Responsibility and National Audit Act 2011. Its “main duty”, under Section 4, is to examine and report on the sustainability of the public finances.  Not to report to government alone, but to report generally, for the public.

“The duty imposed by this section includes, in particular, the duties imposed by subsections (3) and (4)”.

Please note the word ‘includes’ – it means it can do other things too in pursuance of its main duty, such as the new banned report..

“The Office must, on at least two occasions for each financial year, prepare—

(a) fiscal and economic forecasts, and

(b) an assessment of the extent to which the fiscal mandate has been, or is likely to be, achieved.”

These assessments and forecast must be set out in a report (s.4(4)).

The most recent fiscal and economic outlook report was in March 2019, i.e. in the previous financial year.  So here we are in November, with no formal report yet made this year. Still two to go!

The 2011 Act requires the OBR to act “objectively, transparently and independently” in performing its duties, but the Charter for Budget Responsibility (which also sets out the government’s fiscal rules) may – under Section 6 – include “guidance” about the time at which it is to prepare – note that the word ‘prepare’ is used, not ‘publish’ – any forecast, assessment or analysis.  The OBR must then “act consistently with any guidance included in the Charter by virtue of this section”.

The most recent version of the Charter for Budget Responsibility was approved by Parliament in autumn 2016.  At paragraph 4.19 it states

“Subject to fulfilling the minimum requirements contained within the act and within this Charter, the content of OBR publications is completely at the discretion of the OBR”.

There is then a section on the commissioning and timing of OBR reports:

“4.20 The Chancellor will commission the OBR to produce its fiscal and economic forecasts at a particular date, at least twice a year, one of which will be for the Budget. The Chancellor will provide the OBR with reasonable advance notice ahead of any forecast publication date, with further details to be set out in the Memorandum of Understanding between the OBR and the Treasury.

4.21 The date of any OBR forecast will also be communicated to the Treasury Select Committee and to Parliament in parallel to the OBR, or as soon as possible afterwards if Parliament is in recess.

4.22 At the same time as the forecasts, the OBR will produce its assessment of the extent to which fiscal policy has delivered, or is likely to deliver, the fiscal mandate.

4.23 Subject to fulfilling the requirements relevant to its forecasts and its assessment of the extent to which fiscal policy is likely to deliver the fiscal mandate, the OBR is responsible for determining the timing of its own publication programme. Consistent with acting transparently this programme will be published according to a regular and predictable timetable, with release dates set out in advance.” [Our emphasis]

(I would also argue that the current Charter is more prescriptive in its “Guidance”, which imposes in fact strict requirements not guidance as to dates of publication, than the Act allows).

The Memorandum of Understanding between the Treasury and the OBR provides that “in the absence of exceptional circumstances, the Chancellor will give the OBR at least 10 weeks’ notice of the chosen date.” In the event (see below) the OBR were given just 3 weeks’ notice.

On 25th October, Chancellor Sajid Javid wrote to the Chair of the Treasury Select Committee to state that due to the General Election, he had decided “not to bring forward the budget on 6th November”. The letter said nothing about the OBR’s forecast report, which does not seem to have been formally “de-commissioned”. This is borne out in a letter from Robert Chote, Chairman of the OBR, to Tom Scholar, Permanent Secretary to the Treasury, on 29th October.  Mr Chote states that

“the Chancellor’s office formally notified us on 14 October that the Government wished to hold a Budget on 6th November… We agreed a timetable with your officials on this basis.”

However, the announcement of cancellation of the budget “brought the forecast process to a halt.” Mr Chote cited the Charter for Budget Responsibility on the Chancellor’s role in fixing the date for the forecast publication, and added:

“So it is not for us to determine the date on which we publish our forecasts, unless the Chancellor leaves it so late to name a date himself that we feel we have to do so to ensure that we are able to publish two forecasts within the financial year.”

The letter continues at length about the assumptions as to the sort of Brexit deal to be taken into account in any such forecast, but also referred to technical changes from the Office for National Statistics.  He went on:

“Given the importance of these changes for public understanding of the baseline against which the Government will need to judge its fiscal policy options, we believe it would be useful to explain publicly the impact that they would have had on our March forecast, had they been known at the time.  We have already assessed this as part of the forecast process and publishing it ahead of the next forecast would not contravene the restrictions placed upon us in our primary or secondary legislation.  We therefore intend to do so on 7 November, consistent with our usual release policy.”

Therefore, today’s report is not the ‘forecast’ – we still have two of these to come this year – but a document which is in line with their statutory mandate nonetheless, and for which the OBR appear – in law and under the Charter – to have power to decide the date for publication

Mark Sedwill’s order or advice (delete whichever is inapplicable) to the OBR not to publish claims to be based on the Cabinet Office “General Election Guidance 2019”.  This Guidance is directed to “all UK civil servants, and the board members and staff of Non-Departmental Public Bodies (NDPBs) and other arms’ length bodies.”  The general principles are set out in paragraph 5:

The basic principle for civil servants is not to undertake any activity that could call into question their political impartiality or that could give rise to criticism that public resources are being used for party political purposes. This principle applies to all staff working in departments.

Departmental and NDPB activity should not be seen to compete with the election campaign for public attention. The principles and conventions set out in this guidance also apply to public bodies.

This is of course why civil servants costing the Oppostion’s programme would clearly fall foul of the Guidance.

As we have seen, the OBR has a statutory duty to act independently and transparently, and far from competing with the election campaign, the purpose of the proposed publication was to provide technical information relevant to the campaign. It would help the campaign, not compete with it.

I have read the Election Guidance in full, but find it impossible to locate any specific section that would rule out the OBR’s proposed publication.  Apart from the general principles of impartiality, which the OBR is bound by law to apply at all times, the main point of the Guidance seems to be avoiding “competing” with the election campaign – and to claim this would be an absurd interpretation of the OBR’s proposal..

If – as we believe -the Election Guidance is wholly irrelevant here, we are left with only two possible conclusions.  First, that government has intervened or put pressure on, to stop the OBR from publishing even a technical document showing that borrowing has increased.  Or second, that the Cabinet Secretary has gone way beyond his remit or reasonable interpretation of Election Guidance, and has acted to prevent the OBR from performing what is a legitimate part of its statutory role. We believe his action, whether couched as order or advice, is unjustified and unlawful.

Either way, the OBR’s supposed independence has been well and truly undermined. 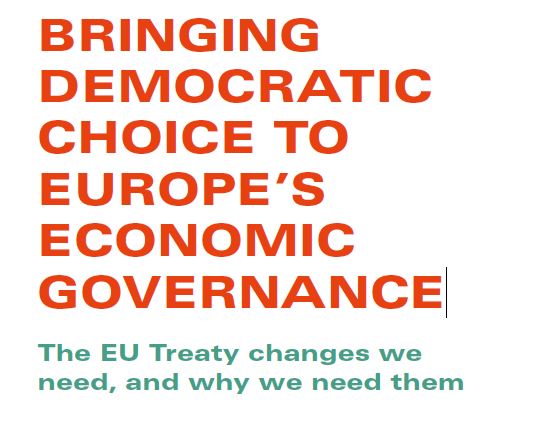 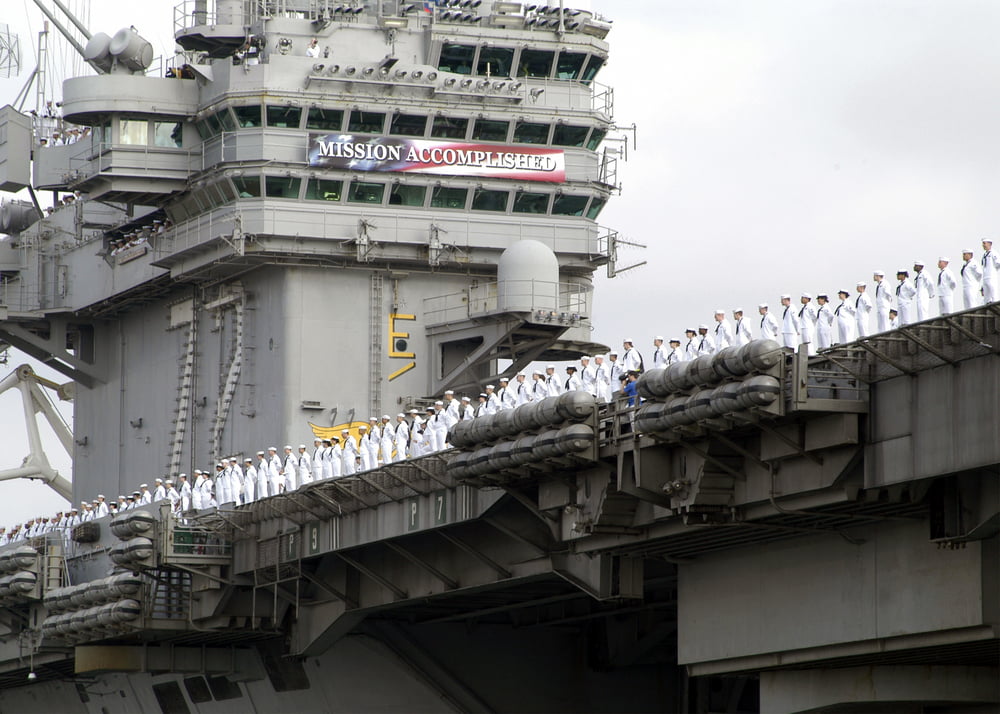