The policy prescriptions of the 5 Star Movement can be found in two main documents, published in 2012 and 2013. The most important is that of 27 December 2012, insofar as it has been posted on the website of the leader of the Movement, Mr. Grillo and, for this reason, it can be conceived as the official programme of the Movement. In general terms, one can observe that this document mainly focuses on environmental issues, while relatively little attention is devoted to purely economic questions.

More in detail, two basic remarks are in order. First, the class dimension as well as the class nature of political decisions are ignored; second the restructuring of Italian capitalism in the years of the crisis are not taken into consideration.

As regards the first point, it is political in essence. Most of the 5 Star Movement analysis rests on an ethical vision of the dynamics of capitalism. The banking and financial sector is assumed to be responsible for the current crisis based on a sort of conspiracy theory, while a theoretical view of the structural dynamics leading to the increase in financial rents and the consequent increase in the political power of rentiers is outside the realm of their analysis.

In this context, a modest proposal to implement a massive programme of public investment, aimed at increasing both internal demand and the rate of growth of labour productivity, appears quite reasonable and is supported by moderate circles. By contrast, the 5 Star Movement focuses on measures which, at the best, can increase consumption and reduce poverty in a short-run perspective. This is the ultimate goal of the basic income (B.I.) proposal (“reddito di cittadinanza”).

There is no clear definition of what exactly the 5 Star Movement mean by “reddito di cittadinanza”. In their formal proposal presented to the Italian senate, it is basically a conditioned unemployment benefits, devoted to the low-income unemployed: other interpretations are put forward, including the idea that it can be regarded as a money transfer to citizens for a free and decent life. (reddito di esistenza)[1].

On the theoretical plane, the basic income could produce the following positive macroeconomic effects:

These effects – which can  be said to refer broadly to the increase of unemployment benefits – can be counterbalanced by the following effects:

More generally, public transfers in money to contrast poverty (which were supported by Milton Friedman in Capitalism and freedom, 1962) risks generating perverse effects, insofar as – based on the view that individuals must be in the condition to freely choose what they consume – there is nothing to stop recipients of the B.I. spending it on non-essential goods or engaging in damaging activities – such as, for instance, pathological gambling. Consider that gambling has increased significantly in Italy in recent years. Importantly, firms may react to the increase of B.I. via a rise in prices, thus reducing the B.I. in real terms.

In this respect, the key question is: what is the effect of increasing money transfers to low-income households on their real incomes? To answer this question, a key assumption of the monetary theory of production is useful, namely that in a pure credit economy money wages are advanced with respect to the start of the production process and firms autonomously set the price level.

This line of research stresses that workers can obtain increasing real income only if they are in the position to influence economic policies, aiming at modifying the scale and the composition of output (cf. Bellofiore 2013). In this respect, direct State intervention in supplying goods and services is necessary, while public expenditure in the form of money transfers proves to be ineffective.

The starting point is Graziani’s criticism of the widespread view, among Keynesian scholars, that the fundamental role of the Government is to implement anti-cyclical expansionary fiscal policies. He critically remarks that “the Government is no longer viewed as a supplier of social services but as a supplier of liquidity” (Graziani, 2003, p.15). Graziani (2003, p. 108) adds that: “any increase in the price level produced by government expenditure will produce an increase in money profits”, and a drop of real wages. As a result, workers can defend their real wages not by means of money wage increases (which will be translated by firms into price increases), but only via a direct control of economic policy, designed to modify the scale and composition of output to their benefit.

The class nature of economic policy clearly emerges from this analysis. Graziani bases this view on Keynes’s belief, as stated in his Treatise on Money (TM) (Keynes, 1971 [1930], p.337), that recessionary phases can be stopped only by means of external intervention, namely by means of public investment. As Keynes points out, in cases of “severe unemployment”, “the Government must itself promote a programme of domestic investments”. Moreover, “the desired result [i.e. the reduction of unemployment] can only be obtained through some method by which, in effect, the Government subsidises approved types of domestic investment or itself directs domestic schemes of capital development [3]  (Graziani, 2003).

Supporters of the B.I. maintain that this measure is necessary also for sustaining consumption in a context of increasing mechanization and the consequent increase of technological unemployment. This is a false belief, for two reasons. First, so-called ‘computerization’ (at the extreme, the production process managed only by computers) is still a very marginal problem for the Italian economy and it is questionable whether it will be a relevant structural change in the coming years. It is worth mentioning that, ever since the Luddites, many economists, sociologists and philosophers have speculated on a false problem, i.e. the end of labour. Second, the idea that the basic income also serves to sustain demand when unemployment increases as a result of mechanization is a naive version of the underconsumption crisis.

A further critique to the B.I. proposal rests on the fact that it risks giving the same amount of money transfers to individuals who benefit from different indirect income payments from different welfare services (cf. Korpi and Palme, 1989). Consider, for instance, that welfare services are poorer in Southern Italy than in Northern Italy [4] so equal money transfers would benefit the richer households living in Northern Italy relatively more, paradoxically contributing to increasing income inequalities and regional divergences.

In the Italian public debate, the main critique of this policy prescription pertains to the lack of indication of its funding. As a matter of fact, proponents of the basic income are unclear on this question. However, it must be stressed that B.I. proposal may prove to be ineffective for the aim of generating high economic growth. The problem is that it does not address the main cause of the crisis of the Italian economy – i.e. the long-term reduction of the rate of growth of labour productivity – while it deals with a possible cure of its effect – the increased poverty, which the Movement sees as a cause of the crisis. In addition, their defence of small firms appears in sharp contrast with the fact that the fall of the rate of growth of labour productivity depends (also) on the prevalence of small firms in the Italian economy.

Their position towards immigration are rather ambiguous. One part of the Movement (although officially there are no different political tendencies within the Movement) supports measures against immigration. Also in this case, this position does not rest on a sound economic analysis but appears to spring solely from xenophobic attitudes. In contrast, defenders of immigration, in the Italian public debate, emphasise immigrants’ contribution to the Italian economy (for instance, via the increase in the birth rate and their contributions to the pension system).

On the political plane, the opposition to immigration is consistent with the interests of the electoral base of the 5 Star Movement, which is formed mainly by small entrepreneurs and the impoverished middle class. In a context of de-industrialization and the consequent decline of labour demand for high-skilled workers, migrants actually compete with native workers, most of whom are young people from middle class families. After all, one can consider that Fascism never did disappear in the Italian Parliament: the M.S.I. (Italian Social Movement) re-proposed Fascist ideas starting from the post  war period.

Similar considerations apply to the Movement’s “euroexit” proposal, which is motivated on these grounds:

“Outside the euro with a monetary sovereignty linked to the value of our economy Italian firms would export more. New firms will be created and higher employment will follow” (our translation, from http://www.beppegrillo.it/fuoridalleuro/come-uscire-euro/euro-uccide-imprese.html). [But no longer posted at this web location – ed., 5 March 2018]

These theses rest on the conviction that

Moreover the fact that the Italian firms are part of a complex global value chain is completely ignored (cf. Bellofiore, Garibaldo and Mortagua, 2015). Of course, it is an oversimplification of a very big problem. With particular reference to the second point, one can observe that Italian exports are mainly driven by non-price competitiveness: goods produced in the agribusiness sector are exported mainly via their quality; luxury goods are exported under the operation of the “Veblen effect”, also labelled “Made in Italy” effect[5]. Evidence suggests that both price and income elasticity of Italian exports are relatively low (cf. Felettigh and Federico, 2011).

These considerations would suggest that the 5 Star Movement’s main proposals are based on a highly questionable interpretation of the causes of the Italian crisis. The main problem is the fact that the Movement basically elaborates its proposals independently of the contribution of professional economists. The obvious consequence is that their economic policy proposals do not rest on a clear economic theory.

As regards to the 5 Star Movement’s analysis of the Italian crisis, the Movement seems to ignore that it basically depends on a long-run trend of declining rate of growth of labour productivity, caused, in turn, by the austerity policies implemented starting from the beginning of the 1990s combined with the absence of industrial policies and the consequent lack of innovation. In this respect, the increased poverty (and the declining wages) is the effect of the crisis and not its cause. The protection of small firms can exacerbate this problem, insofar as the reduction of the rate of growth of labour productivity precisely depends (also) on the average small size of Italian firms. Importantly, the 5star Movement ignores the class nature of political decisions, assuming that the Italian economic problems are mainly ethical problems relating to the privileges of the Caste.

Guglielmo Forges Davanzati is Professor in Political Economy at the University of Salento, Italy.

[3] In contrast to the interpretations which imputed an implicit assumption of full employment to Keynes’s TM, it should be recalled that – in writing his work – Keynes was aware that “In Great Britain, Germany and the United States at least 10 million workers stand unemployed” and that – insofar as they were involuntarily unemployed – this was a “catastrophe” (Keynes, 1971 [1930], p.338).

[4] A further critique of the basic income proposal comes from a feminist point of view, in the sense that that it risks  disincentivating the female labour supply.

[5]  The so-called Veblen effect establishes that as the unitary price increases so does demand, which particularly applies to luxury goods.

Bellofiore, R., Garibaldo, F. and Mortagua, M. (2015). A credit-money and structural perspective on the European crisis: why exiting the euro is the answer to the wrong question, “Review of Keynesian Economics”, vol.3, n.4, Winter, pp.471-490. 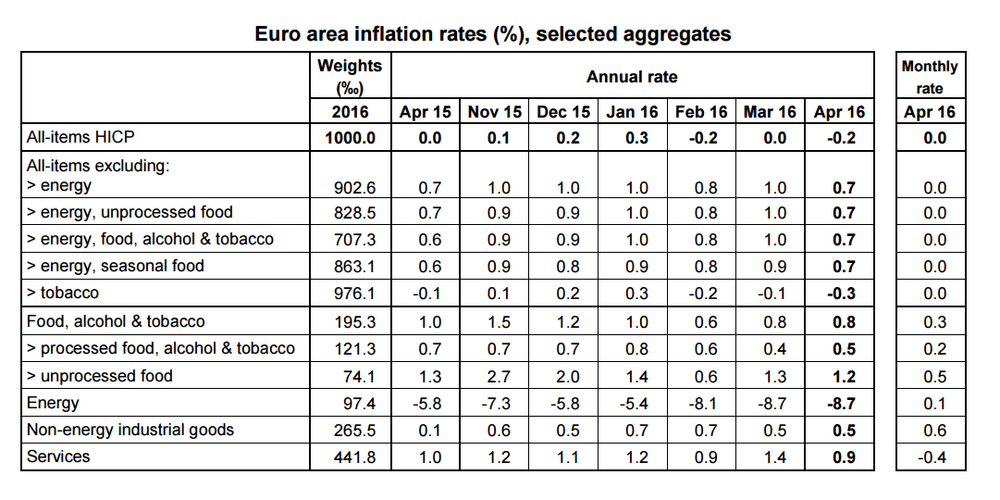