From PRIME, July, 2010: “Fiscal consolidation does not ‘slash’ the debt, but contributes to it.”

From the IMF, January, 2013: “We find that forecasters significantly underestimated the increase in unemployment and the decline in private consumption and investment associated with fiscal consolidation.”

In our 2010 report, Professor Chick and I warned explicitly and on the basis of a century of publicly available data, that in a slump, fiscal consolidation increases unemployment and cuts private investment.

An institution with a staffing of about 1100 professional economists (most of whom have PhDs) and an overall personnel budget of about$800 million– failed to make that correct call.

Instead, the IMF now admits that it ‘significantly underestimated’ the impact of public spending cuts on employment and investment.

Getting macroeconomic forecasts and policies wrong has consequences: in the low income countries in the 80s and 90s the consequences of the IMF’s failed policies were bankruptcy and impoverishment for many nations.

Millions of people lost a future – and the opportunity to thrive.

Today, in Greece, Portugal, Spain and Italy – the economic, social and political consequences are not just degrading for the people of those countries, they threaten wider global stability.

So a mea culpa from this powerful institution is long overdue. But while the mea culpa is welcome, the shape and tone of it seemed to my eye, disingenuous.

First, the Blanchard and Leigh paper defines the multiplier as: “the short-term effects of government spending cuts or tax hikes on economic activity.”

But that is not a correct definition of the multiplier. It’s perversely the very reverse: economists craning their necks backwards and trying to calculate the impact of their unwise advice to governments to cut public spending at the height of a banking crisis, and thereby start private debt deflation and slump.

Explaining poor advice from orthodox economists in terms of the multiplier is wrong, if not disingenuous. Masking this poor advice and his institutional mea culpa in what the Washington Post calls “a deep pool of calculus and regression analysis” does not make things right. All it does is provide evidence of what Keynes called a “failure in the immaterial devices of the mind” to fully address and solve an economic problem.

Keynes proposed and explained the multiplier in terms clearly understood by the British public and policy makers in ‘The Means to Prosperity’ in 1933. He did so with the help of some arithmetic, but without using a single equation. He substituted the proposition that “supply creates its own demand…” with the proposition that remains uncomprehended by today’s economists and policy-makers: “expenditure creates its own income.”  (CW XXIX, p.81)

He showed – and a centuries-worth of macroeconomic evidence proved – that to spend borrowed money in a slump to invest in economic activity, i.e. employment, would multiply the income generated by the investment, and that the investment would pay for the borrowing.

Of course Blanchard and Leigh are right to argue, as Keynes did, that “there is no single multiplier for all times and all countries. Multipliers can be higher or lower across time and across economies.”

But it is also true that in a slump, at a time of economic failure, the impact of borrowed money on investment and employment is higher than at times of macroeconomic stability. Much higher.

However today we have all been led to believe that it is impossible for governments to borrow – for fear of bond market wrath, and interest rates rising.

But governments like that of the UK, Japan and the US with central banks that issue a fiat currency, do not have to appeal to the bond markets in order to spend. Their central banks – and indeed their nationalised, publicly guaranteed and subsidised commercial banks – can provide credit, at very low rates of interest, to government, to finance the borrowing.

This is reflected in the disingenuous words used in their conclusions. First this acknowledgement:

“If…forecasters underestimated fiscal multipliers, there should be a negative relation between fiscal consolidation forecasts and subsequent growth forecast errors. In other words, in the latter case, growth disappointments should be larger in economies that planned greater fiscal cutbacks. This is what we found.” (My italics.)

However, Blanchard and Leigh then undermine this finding with the following conclusion:

“…our results should not be construed as arguing for any specific fiscal policy stance in any specific country. In particular, the results do not imply that fiscal consolidation is undesirable.” (My italics).

If the two-faced god Janus had been an economist, he would have approved. 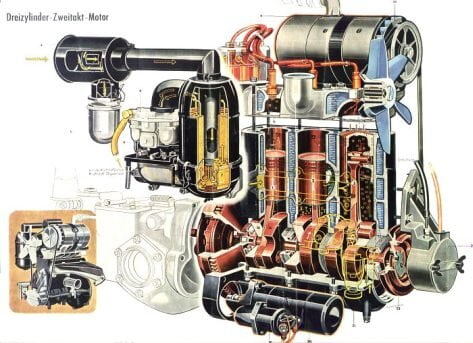