The most recent UK production statistics were published today by ONS.  They show that production as a whole (which includes manufacturing, mining and quarrying – mainly North Sea oil and gas – and the gas, electricity, water, waste etc. production utilities) increased by just 0.1% between Q4 of 2014 and Q1 of 2015.

Looking at March 2015, production is estimated to have increased by 0.7% on March 2014, with manufacturing up over the year by 1.1%.  This is well below the estimated increase in GDP overall, which means that the UK economy is increasingly reliant on the service sectors for its momentum – and the much-promised rebalancing of the economy (including the “march of the makers”) is continuing to recede.

More positively, production in March was well up on February (a poor month), by 0.5% (manufacturing +0.4%).

But we are still nowhere near the pre-financial crisis peak. In the 3 months to March 2015, ONS tell us that production and manufacturing were still 10.2% and 4.8% respectively below their figures reached in the GDP peak in Quarter 1 (January to March) 2008.  Seven long years…

Here is the ONS chart showing the evolution: 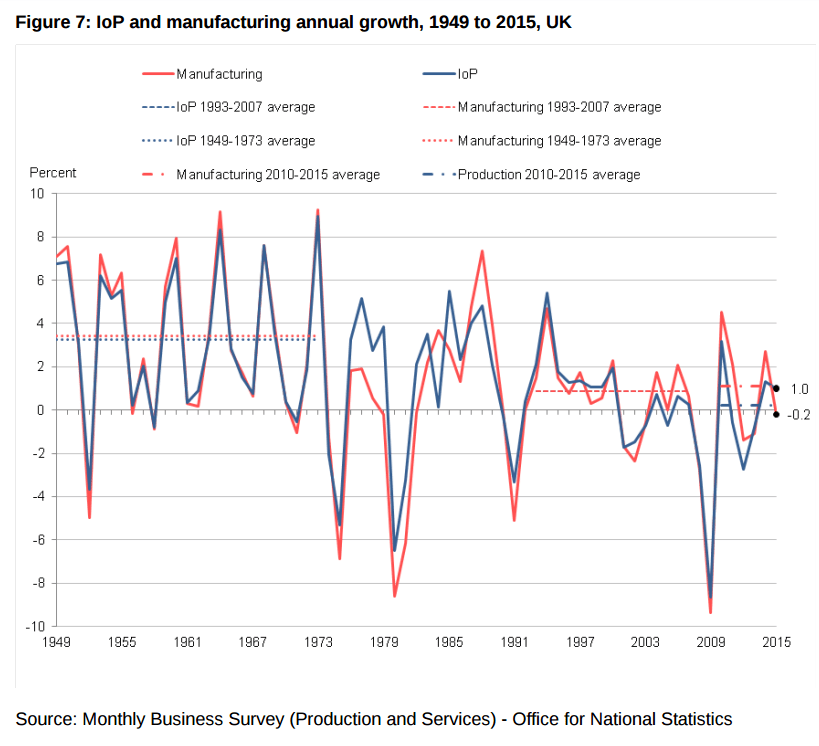