The Covid-19 crisis is deepening existing fissures and adding new threats to an already scarred and anxious world. As a localized health crisis became a global pandemic, many countries put broad swathes of their economies into a policy induced coma to halt the spread of the virus and ease the burden on overstretched health systems. As a result, the global economy will experience a recession this year on a scale not experienced since the 1930s. The damage will be both lasting and severe, particularly in developing countries where fiscal space is being compressed under a mountain of unsustainable debt, the room for monetary policy is restricted by external constraints and the extent of the informal economy limits opportunities for inclusive growth.

The world economy was already vulnerable to, and unprepared for, any serious shock, let alone one of the nature and scale of Covid-19. This, in part, reflected a failure in many countries to recover better from the global financial crisis, albeit with longer roots in the workings of a hyperglobalized economy. As a result, the debt overhang – private more than public – that brought the world economy to its knees in 2008 became even more severe; extreme levels of inequality persisted and in some areas worsened further; low employment rates and the precarious nature of much work spread to ever-larger segments of the world’s labour force; low rates of investment – both private and public – stunted productivity growth and depleted the stock of social and physical infrastructure.

Acknowledging the scale of the challenge, and its intertwining components, is essential; not only are the problems even larger than a decade ago, the window for changing course is narrowing fast, as the threat of catastrophic environmental breakdown looms ever closer. Still, for all its destruction of human and economic life, the Covid-19 crisis has created an opportunity for lasting change, in part because it has laid bare underlying conditions. What is needed is a global recovery plan that is both bold and comprehensive, built around a coordinated macroeconomic expansion focused on job creation and higher wages and supported by a big public investment push into cleaner energy, environmental protection, sustainable transport systems and the care economy.

Critical to determining the shape and resilience of any recovery is the underlying structure of global demand. Especially in the developed world, the existing economic structure remains geared to promoting either a debt-dependent, private borrowing-led, or an export-led, path to growth. Public sector demand injections still tend to be seen as a problem, not a solution, and calls for fiscal austerity have already resurfaced. This is reminiscent of the response to the last crisis, which was initially strongly expansionary (and partially coordinated through the G20) but was quickly followed by fiscal withdraw and a reliance on monetary policy which operated largely through pumping up financial markets.

The stated aim of that change of direction, reducing public sector debt burdens, was only partially achieved because the impact of austerity was felt as much on the revenue as the spending side. But it left scars as measured by a permanent loss of good jobs, decaying infrastructure, and weaker social safety nets. Ten years after, the growth of global demand remained inadequate. Similar results have followed other crises, particularly in the developing world. In all cases, the period after was marked by severe adjustment to the public sector, leading to a ‘lost decade’ in terms of growth and development.

The main difference this time around is of a perverse kind. The size of the acquired public sector debts is unprecedented and across all countries. If austerity emerges as the winning policy option, the consequences are most surely going to be of comparatively larger proportions, with a lost decade ahead in terms of growth and employment, a further widening of wealth and income gaps, an ignominious end to the sustainable development goals (SDGs) and with the world left teetering on the edge of an environmental precipice.

A lost decade is not, however, preordained but will be the product of policy choices. And there are viable alternatives. Indeed, one of the consequences of the current crisis has been the kindling of a sense of togetherness and the shattering of policy taboos which, as the Financial Times has suggested, puts “radical reforms –reversing the prevailing policy direction of the last four decades” on the table.

The priority for economic policy must be ensuring a sustained economic expansion that puts people back to work and restores income growth, while also ensuring that the financial imbalances left by the Covid-19 shock are repaired and health systems are properly resourced. It is not too late yet for an effective stimulus to global demand. The macroeconomic conditions for a self-sustaining recovery currently apply to most advanced economies. And as long as productive capacity remains in place, workers have not lost skills or left the labour force and creditworthiness remains robust, a globally coordinated effort to spur demand has a real chance of restoring growth.

With the private sector everywhere in ‘wait and see’ mode, the push must come from the public sector. Injections of public-sector demand into the economic system can boost incomes across the economy thanks to high multipliers. A strong fiscal expansion can bring unemployment down quickly enough to avoid permanently damaging workers, and it should only wind down gradually once the private sector is able to pick-up demand.

Employment growth in this scenario results from known dynamics involving the growth of activity and specialization, technology trends and rates of employment relative to output growth. Additionally, a fiscal expansion can yield further tangible employment effects to the extent that social and infrastructure provision tend to be relatively job intensive. What is more, complementary labour market and industrial policy measures can be used to further target job creation.

A key design factor across this agenda must be to achieve the required job creation as part of a decisive climate change mitigation strategy. The two components of a green growth strategy – shifting production towards renewable energy and improvements in energy efficiency – can lead to net employment growth even after the loss of employment related to carbon energy is factored in.

A successful de-carbonization strategy has to cut carbon energy production by 25 per cent with respect to the ongoing trends by the end of the decade, compensating with higher supply of renewables and greater energy efficiency. Renewables production must break with the slow progress of the recent past. By 2030 it should grow 70 per cent above its trend. This means an annual average growth of 7.5 per cent, compared with the average growth of about 3 per cent experienced through the past two decades. This is achievable if supported by a strong public investment push. Energy efficiency will have to improve at a rate of at least 8 per cent per year, a rate actually achieved by several countries in different instances in the past.

Like environmental protection, economic development in a globally integrated economy brings common benefits. This was a driving principle – albeit one too often breached in practice – of the post-war multilateral order and it underpins the design of the SDGs. For similar macroeconomic reasons, the tendency towards current-account imbalances that has marked every cycle of global growth over the past decades is detrimental to growth and stability, with the global financial crisis a paradigmatic example. Efforts to achieve net export surpluses in some economies combined with borrowing-led spending booms in other economies, makes the world economy more fragile and hampers development prospects for the majority of the planet.

A permanent reduction of external imbalances is a public good, and strong domestic demand support in countries with a current-account surplus is necessary to put the world economy on a sustainable and robust growth path, while also promoting diversification in the South. Combinations of financial support, technology transfers and, especially, increasing market access and injections of aggregate demand can achieve this goal but doing so will require fundamental reform of the multilateral trade and financial system.

Long-term financing for the required investment push towards a more sustainable future will require scaling up public financing options. At the international level, that means boosting the lending capacity of multilateral development banks. This new lending could come from existing shareholders redirecting environmentally damaging subsidies, for example for fossil fuels and industrial agriculture, to the capital base of these institutions, or from more innovative sources, such as a financial transaction tax, and augmented by borrowing on international capital markets, with a measured relaxing of their fidelity to financial sobriety. In return, these institutions should reassess their policy conditionalities in line with a more sustainable and inclusive development agenda.

In light of the Covid-19 shock, a new multilateral approach to managing sovereign debt is imperative to free the fiscal space needed in many developing countries to ensure a sustained and inclusive recovery. The existing approach has a long history of delivering too little too late.  This has again been demonstrated by the recent initiatives of the G20.  What is needed is a global sovereign debt authority, independent of either (institutional or private) creditor or debtor interests, to address debt cancellations and reprofiling in a systematic fashion and to correct the manifold flaws in the current handling of sovereign debt restructuring. These have come under a glaring spotlight during the current crisis, including the crippling fragmentation and complexity of existing procedures, the potentially extraordinary powers of hold-out creditors to sabotage restructurings, and the resultant inefficacy of crisis resolutions.

There is no denying the fact that changing course is hard.  This was the case even after the disruption and destruction caused by global financial crisis exposed the predatory interests and mistaken beliefs behind the neo-liberal project. Self-restraint by policymakers, sometimes to even discuss the possibility of stimulus, has become habitual, effectively reducing the institutional space to operate. Meanwhile, the enlargement of rights, protections, favourable tax treatment to corporations, and other forms of abidance to corporate power and international investors has, pari passu, reduced the ability of workers to raise their wages and to strive for wider policy change.

Still, even under the present conditions where States and wage earners are relatively weak, they still represent the sole possibilities of raising effective demand to avert a continuing global economic decline that will leave all parties worse off. To realize such possibilities, the role of fiscal policy has to be reinstated; corporate power has to be regulated in exchange for a continuing and stable source of prosperity; credit instruments to sustain production while averting speculation have to be reinvented; and employment and fair remunerations ensured. These basic elements of a global green new deal point to what President Roosevelt saw almost 90 years ago with his own New Deal, “a better life, a better world, beyond the horizon”. 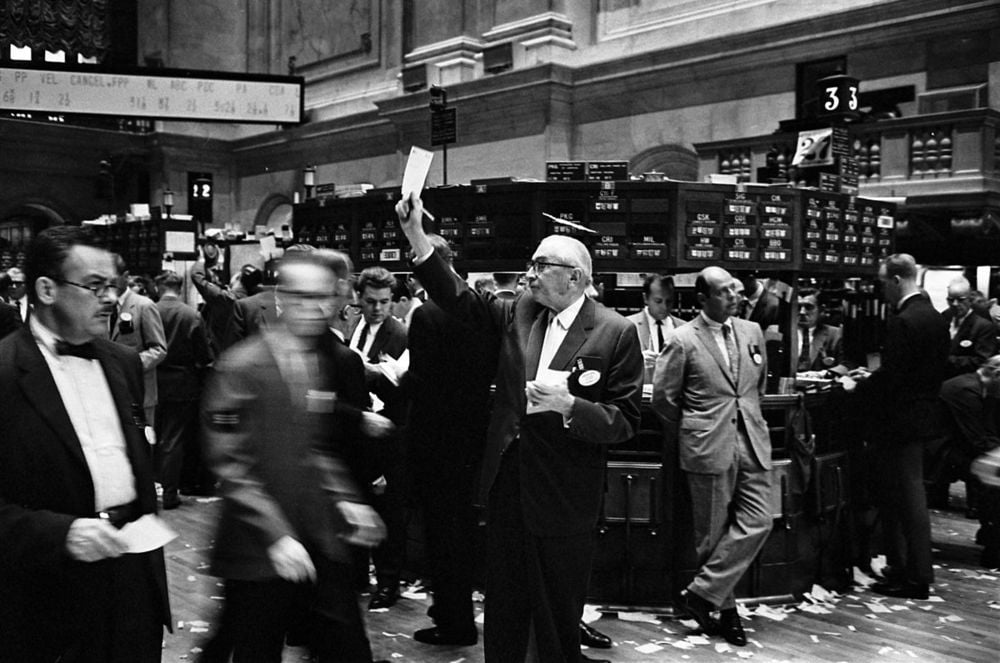 China has exposed the fatal flaws in our liberal economic order 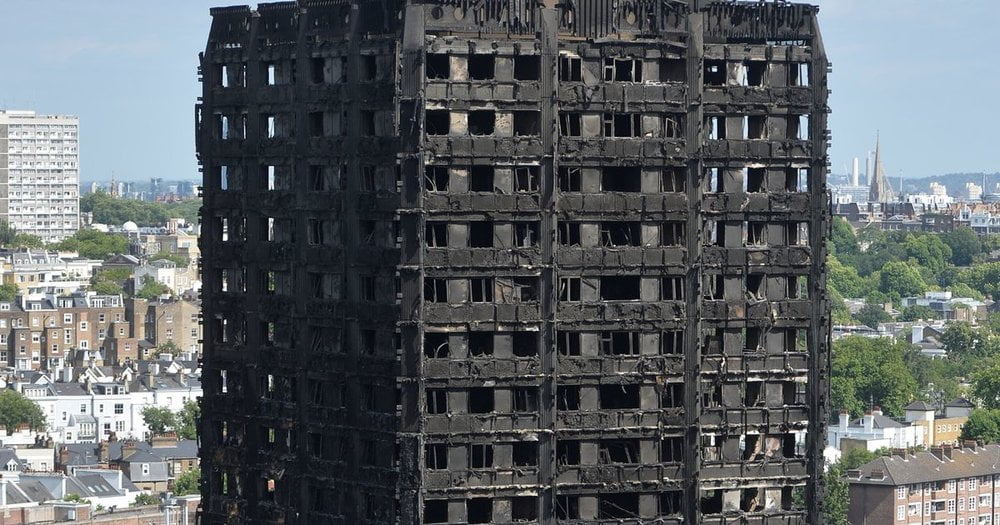 Green shoots: the best books to inspire hope for the planet