For Argentina, debt default is a solution not a problem

Unless you just returned from holiday in some ultra-remote region lacking newspapers, television or internet access (is there such a place?), you will be aware the government of Argentina has defaulted on its external debt.

A New York federal court decision provided the immediate cause of the default by a ruling that rendered it illegal for Argentina to implement an agreement reached between the Argentine government and creditors holding over 90% of the country’s external debt [see our analysis of legal issues here – editor].

The principal litigant bringing the case against the government holds less than US$2 billion of the Argentine debt, which by comparison makes a tail wagging a dog seem a credible anatomical interaction. This litigant, NML Capital, never lent a cent to the Argentine government (nor to any other). It acquired its one billion plus of Argentine bonds on the re-sale market, purchasing at far below face value.

Depending on your source of [mis-]information, you will think that this default is 1) the result of a feckless, spend-thrift government failing to accept responsibility for its actions (as argued, for example, in Forbes), 2) the harbinger of deep economic trouble for the Argentines; and/or 3) the consequence of the predatory evil of “vulture” hedge funds.

Taking these three in order, they are 1) false, 2) probably false, and 3) true but not terribly important. The current debt of the Argentine government was accumulated before 2003, much of it under the disastrous presidency of Carlos Menem (forced to resign in 1999) and three short-term successors (Fernando de la Rúa, 1999 to end of 2001; Adolfo Rodríguez Saá, last two weeks of 2001; and Eduardo Duhalde, 17 months to May 2003).

The massive debt accumulation (see chart below) resulted from the hapless attempt to maintain a one-to-one exchange rate between the national currency and the US dollar via a “currency board”.

This neoliberal bright idea legally links the amount of national currency in domestic circulation with the US dollars held by the central bank (in this case, the Banco Central de la Republica Argentina).

By the rules of this bone-headed currency “regime”, the national money supply must fall when US dollars flow out of the country (for example, if there is a trade deficit or capital flight). Contraction of the money supply invariably means contraction of the real economy. To avoid this, prior to May 2003 the government (under its revolving door of presidents) borrowed US dollars through sales of public bonds, driving the public debt up to almost 200% of national income

This debt was not accumulated in pursuit of “populist” expenditures by a fiscally irresponsible government. On the contrary, not a centavo of the debt funded any public service or brought any benefit to people in Argentina. To the extent that the foreign currency acquired by the bond sales stayed in Argentina, it sat idle in the Banco Central. And when this extraordinarily misconceived and mismanaged currency regime inevitably collapsed, it brought the entire economy down with it, a decline of almost 5% in 2001 and 12% in 2002 (read from the right hand axis of the chart), plus runaway inflation that climbed over 100% during these years.

In the wake of this disaster generated by the neoliberal currency regime, Nestor Kirchner won the presidential election of 2003, succeeded by Cristina Fernandez de Kirchner 2007, who was overwhelmingly re-elected in 2011. Becoming president after the end of completely discredited neoliberal governments, Kirchner abandoned the “currency board” system and disowned the debt accumulated in a foolish attempt to sustain it.

This Argentine move demonstrates a general principle – most sovereign debt defaults are not the result of mismanagement or wild spending by sitting governments. Two centuries of debt “refunding” shows there to be at least three major motivations for defaulting on sovereign bonds, unrelated to excessive public spending.

First, we find many examples where debts were repudiated because they were accumulated in dubious circumstances under previous governments, and Argentina is an obvious example. A more extreme example is the cancelling at the 1953 London conference of the external debt of the Federal Republic of Germany (holdover from the Nazi regime).

Second, global economic and political shocks can make it impossible for a government to service its debt (excellent source is the 1973 book by Henry Bittermann). Obvious examples are the debt defaults by Latin American governments during the 1930s (due to a sharp fall in primary product prices) and the 1940s (collapse of international trade due to war).

Third, and being played out now in the euro zone, is public sector nationalisation of private debts. As I show in economics of the 1%, during 2009-2010 the Spain government, previously with the lowest debt-to-GDP ratio of major EU countries, refinanced all its failing banks. This created both an unsustainable fiscal deficit (where before it boasted a surplus) and a public debt it could not finance.

This particular path to debt disaster was pioneered in the early 1980s by none other than the Pinochet regime in Chile, under pressure from the US government (in value the largest nationalisation in Chilean history, far larger than anything the socialist Salvador Allende had done).

All this leads to an obvious conclusion – default serves as the solution to an otherwise intractable problem, an unsustainable foreign debt. The problem is not default; the problem is the absence of an international mechanism to bring it about in an orderly manner.

This article is cross-posted from The Conversation, where it was published on 1st August.  John Weeks is Emeritus Professor of Economics at the School of Oriental & African Studies (SOAS) and author of the recent book, Economics of the 1%: How mainstream economics serves the rich, obscures reality and distorts policy (Anthem Press) 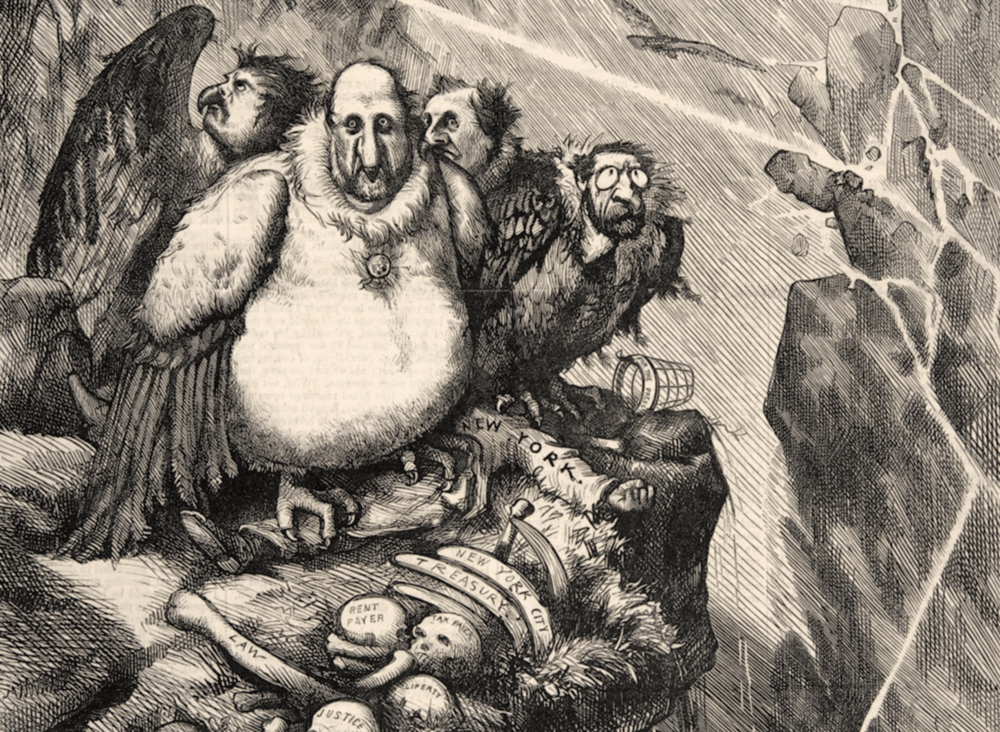 The failure of the Trump presidency