Over the weekend something extraordinary took place in Lagos, Nigeria. Indeed fans of Nigeria are likely to regard it as analagous to the “something wonderful” of the Film 2001 A Space Odyssey. Let me hand over for a moment to the Statistician-General Dr. Yemi Kale:

As you can see this represented an extraordinary change which if we move into monetary amounts rather than percentages gives us this:

The announcement was well trailed and expected but what was by no means expected was the size of it, as the majority of estimates were in the range 40-60% as opposed to the 89% of 2013. Also those who are declaring that the Nigerian economy is 89% larger need to declare that it is being recorded as 89% larger! Nothing has actually changed in the real economy but the way that the numbers are counted has changed.

Also the more eagle-eyed amongst you will have noticed that these are nominal and not real GDP numbers and so some of the comparisons being made in the media are rather rash as such an enormous change in GDP numbers and methodology is likely to also affect the inflation measure the implied deflator as well.

What are the causes of this?

Until now, the GDP estimates for Nigeria have been based on a base year of 1990, which means that current GDP (say for example 2013 GDP) are expressed in terms of prices of goods and services in 1990.

In other words the numbers had been allowed to get very out of date. If we imagine the year by year changes in a dynamic economy then two decades of them are likely to have a large impact. Nigeria Statistics also took the opportunity to widen its sampling by a factor of ten which can only be welcome too. Accordingly its view of the Nigerian economy went from this:

I bet most of you guessed the decline in agriculture but the most marked change was the collapse in the share of industry in Nigeria’s economic output. This is a trend much wider than just its borders as for example the UK and Europe has seen falls in theirs too although not quite on this scale.

We can go further and analyse the particular sectors which are responsible for this change. For example in Billboard chart terms, the sector moving with a bullet is telecommunications and information services which under the old system accounted for 0.86% of economic output and now accounts for 8.7%. Did they have the decimal point in the wrong place?

Also appearing out of nowhere in national accounts terms was the Nigerian film industry which mimicking India is called Nollywood and now is recorded as 1.42% of GDP from the zero of the past system. Also whilst industrial production is down, manufacturing is stronger as it has been recorded as rising from 1.94% of the old to the 6.83% of the new system.

What about Nigeria’s oil?

This has been downgraded in its impact as in Grand National terms has taken quite a fall.

Given the change in estimation procedure, there has been a decline in oil and gas value added by 42.1%.

As most other sectors have been following the song “The only way is up” by Yazz the relative decline is much larger. Oil and gas production in 2013 is now estimated at 14.4% of GDP as opposed to 32.4%.

Those who watched the BBC 4 documentary on the subject will be aware of the scale of oil theft and environmental destruction which has gone on here. Of course the oil output is welcome for the Nigerian economy it is just that it has been a case of two steps forwards and one step back as this from Reuters only last month indicates:

Royal Dutch Shell lost nearly $1 billion through theft and various disruptions to its Nigerian oil and liquefied natural gas (LNG) operations in 2013 and said that rampant oil theft is costing the country even more.

Has this happened elsewhere?

Yes and Africa seems particularly prone to large rebasing effects because back in 2010 Ghana raised its estimate of economic output by 63% and the DRCongo raised its own estimate by 66% when it used 2005 as a base year. However effects are not always upwards as Argentina which of course has been through an extremely troubled economic period saw the use of 1993 of a base year reduce estimates of its economic output by 8.2%.

There was of course also Italy which made some substantial changes to its GDP estimates in 1987 as the New York Times reported back then:

Two years ago, a wave of euphoria swept over Italians after economists recalibrated their statistics, taking into account for the first time the country’s formidable underground economy of tax evaders and illegal workers, and announced that Italy had overtaken Britain to become the fifth-largest economy in the West, and was closing in on No. 4, France. Giddiness over the so-called il sorpasso has since subsided.

At a stroke of a statistician’s pen, the Italian economy was recorded as 20% larger of which about half was an increase in the estimated size of the black economy there.

The numbers going forwards should be a much better reflection of reality than before. For example the Nigerian film industry should plainly be counted and the rise of the telecommunications sector is consistent with what has happened elsewhere. Unfortunately many of the headlines are of the variety illustrated by this from the BBC.

Actually the size of Nigeria’s economy was unchanged over the weekend it was that the results of an effort to record it more accurately were released. Also “biggest economy” comparisons pall a little when you are comparing to a country such as South Africa which has only a third of the population.

One number which does benefit is Nigeria’s national debt to (nominal) GDP ratio which improves from 19% to 11%. It was already relatively low for these times and is now even lower.

Perhaps the best piece of good news was that the expected slowing of the economic growth rate in Nigeria does not appear to have happened. These are the new forecasts.

In other words the changes have unveiled new sectors which have continued to be dynamic and have offset the fact that any growth is now compared to a much larger economy. Out of all the effects here, this is by far the strongest and most hopeful for the individual Nigerian.

The not so good news

The implication is that economic statistics from Nigeria have not only been unreliable they have been very inaccurate. Indeed on the basis of the new data they have way understated its position. For example any past international comparisons will have been wrong and by a large amount. Also organisations such as the World Bank which have had programmes in Nigeria may be wondering about the data used to justify it.

The World Bank had approved more than 130 International Bank for Reconstruction and Development (IBRD) loans and International Development Association (IDA) credits to Nigeria for a total amount of more than US$10.5 billion. The commitment value of the 29 ongoing projects is about US$4.5 billion.

So we find that for all the hype about the largest economy in Africa the real gain for Nigerian’s is the hopeful trend in real economic growth has survived the revisions, at least so far. Also I welcome the effort put into improving the numbers. However the fact that they have been so wrong for so long poses questions for not only Nigeria but beyond its borders around Africa and in truth for the whole concept of using Gross Domestic Product as an economic benchmark.

US industrial production fell in December and Q4 2015 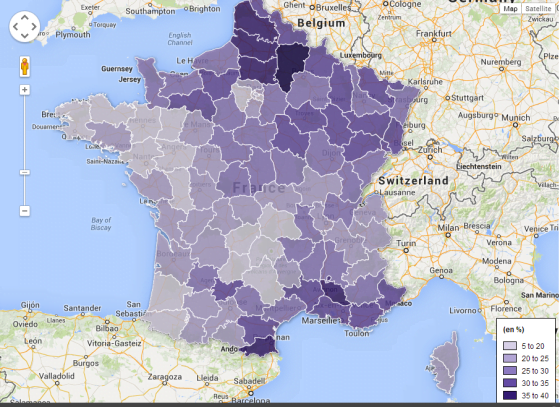