We’ve been trying to trace who exactly was responsible for the crazy own-goal proposal to levy a tax on Cyprus’s smaller depositors.  Tonight, the European Union’s political establishment is busily tracking backwards as fast as it can go from this element of what might ironically be called a rescue package. But too late.  The damage is done.

The President of the Eurogroup of Eurozone Finance Ministers, Jeroen Dijsselbloem (Finance Minister of the Netherlands), issued a statement this evening (Monday 18th) on behalf of the group which included the following:

“The Eurogroup continues to be of the view that small depositors should be treated differently from large depositors and reaffirms the importance of fully guaranteeing deposits below €100,000.  The Cypriot authorities will introduce more progressivity in the one-off levy…provided that it continues yielding the targeted reduction of the financing envelope and, hence, not impact the overall amount of financial assistance up to € 10 bn.”

This neither changes nor explains anything – the under €100,000 deposits will be fully guaranteed in case of bank failure, but not in case of bank rescue!  The Eurogroup Finance Ministers’ only concern is that the amount raised yields the “targeted reduction of the financing envelope”. No issue of fairness, justice, solidarity is seen to arise…

Well, that is not quite fair.  Mr Dijsselbloem has indeed raised the issue of justice. What he said on March 16th was this:

Yes, it is just to ask a contribution from all deposit holders, which means the small and the poor as well as the rich and economically strong.

On 17th March, Peter Siegel of the FT reports that the Cypriot President, Mr Anastasiades, thought that he had received indications (from Mrs Merkel amongst others) that a split of 7%/3% levy on depositors was accepted – but he was proved wrong. The German government delegation, led by Finance Minister Wolfgang Schäuble, backed by hard-line Finns and others, made clear that they were demanding – insisting on – a €7 billion hit on deposits. This led to much higher percentages being required. The President was also told by the ECB (it seems, Jörg Asmussen) that emergency funding for the Laiki bank was about to be pulled as it was deemed insolvent.

The FT claims that the IMF had been urging depositor haircuts for months, and had won the argument over the “skittish” European Commission, which had worried that seizing depositor assets could spark a bank run. According to the FT’s source, Mr Barroso, Commission president, and Marco Buti, his top economics civil servant,  had contemplated a programme that excluded the IMF. But by then, multiple officials said, the Commission had lost credibility in Berlin.

“The Germans said, ‘Better a programme with the IMF than with the European Commission’,” said the senior official involved in the talks.

“According to senior officials involved in the talks, the German-led group of negotiators who insisted on the bank levy were agnostic as to where the axe fell. They said Mr Anastasiades, with the backing of the Commission, had resisted a rate higher than 10 per cent out of fear it would destabilise the financial sector even more.”

But according to another “Eurozone official”, the ECB and other EU negotiators at one point suggested putting all the burden on larger depositors, but the Cypriot President did not want a rate higher than 10% “and if you do the numbers you get the 6.75 and 9.9 [per cent].”

Such a ‘solidarity levy’—the brainchild of Thomas Wieser, an Austrian who chairs technical discussion among euro-zone finance officials, and Mr. Asmussen— could avoid a straight “haircut” on deposits, which they feared could be too destabilizing for Cyprus and the rest of Europe. The tax would be applied to all Cypriot banks, not just the two in deep trouble.”

According to the WSJ, Christine Lagarde of the IMF was not happy with this, and proposed that deposits of over €100,000 in the two banks in deepest trouble, Laiki and Bank of Cyprus, should be cut by 30% to 40%. The owners of senior bonds in the two banks would also have faced losses.  Her proposal was backed by several finance ministers including German minister Wolfgang Schäuble, but the Cypriot minister, Mr Sarris, opposed it.

Both he and the President had recently vehemently opposed any ‘hit’ on depositors. Mr Sarris had just a few days before said

“There is really no more stupid an idea even to consider a suggestion for a haircut on bank deposits”.

But irresistible pressure came on to the Cypriot negotiators to raise €7 billion, and in the end the President insisted that the highest level of levy should be under 10%, hence the curious 9.9%, and the residual 6.75% for small depositors.

At this point, Mr Dijsselbloem on behalf of the Eurogroup Ministers announces publicly that it is “just” for “all” depositors to make the contribution to the Solidarity Levy.  This means that they cared not one jot about the special status – till that moment- accorded to small depositors, who had believed themselves covered in case of banks’ financial difficulties by the deposit insurance scheme.

Then surprise, surprise, all hell breaks loose.  Bizarrely, so engrossed were the EU representatives in securing the “amount” from Cyprus that they were unprepared for the public outcry from across the continent and around the world.  And following which, the backtracking has begun.

A few conclusing remarks.  We particularly savour the term “Solidarity Levy” as a classic example of ironic cynicism on the part of the European Union’s leading political spokespeople.  For ‘solidarity’ is what we always knew the EU was about, only in earlier times it had a slightly different meaning.

To recall, here are some of the main objectives of the Treaty on European Union.  Note the references to “justice” and “solidarity”.

The Union is founded on the values of respect for human dignity, freedom, democracy, equality, the

rule of law and respect for human rights, including the rights of persons belonging to minorities. These values are common to the Member States in a society in which pluralism, non-discrimination, tolerance, justice, solidarity and equality between women and men prevail.

So no one comes out of this tale very well (though for once the IMF seems to have been on the better track in aiming at senior bond-holders as well as larger depositors).  The European Commission and the European Central Bank put forward the first proposal to levy a Solidarity Levy on the small (under € 100,000 depositors), thus crossing the Rubicon while being – it seems – utterly unaware of doing so despite their earlier worry about bank runs.  It is true that their first proposal – rejected by the German government and IMF – would have raised a much smaller sum from smaller percentages, but the breach of principle seems to be theirs.

And now even German Finance Minister Wolfgang Schäuble – who seems above all to be responsible for insisting on the Big Hit on depositors in some shape or form – blames the Commission and the ECB as well as the Cypriot government for the damaging and farcical outcome:

“We would obviously have respected the deposit guarantee for accounts up to 100,000,” he said. “But those who did not want a bail-in were the Cypriot government, also the European Commission and the ECB, they decided on this solution and they now must explain this to the Cypriot people.”

There are two sad conclusions to draw about the current leadership of the European Union in this chronic financial crisis.  First, it has demonstrated a dangerous lack of political awareness and sense.

Secondly, it lacks any real sense of justice or moral compass when it comes to imposing burdens on countries facing “restructuring”.  If it is easier to put all the burden on the poor, so be it.  The only question they are interested in is whether the amount to be paid “yields the targeted reduction of the financing envelope”.  Europe can never be built on such foundations. 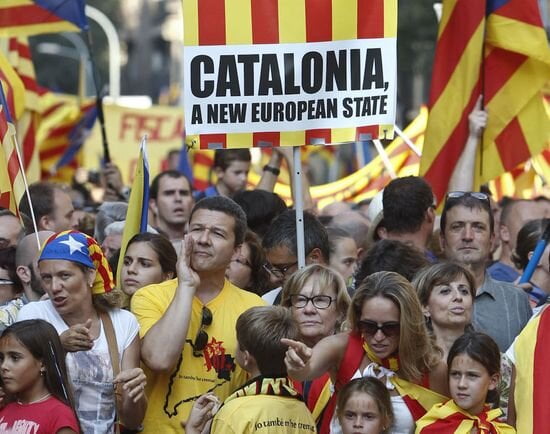