This is a revised version of a blog written hastily – too hastily – for Left Foot Forward on 8 July. In particular it corrects a point about the origins of the Keynesian multiplier.

The austerity brigade is rattled. Daniel Knowles at the Daily Telegraph is so worried, he has had to rise to the defence of the Treasury and OBR – and then resorts to proposing Greece’s economic strategy for the UK. Why? Because orthodox economic ideology has been challenged by none other than Daniel’s ‘hero’ President Bill Clinton. Bill gets it. On the deficit that is.

Thanks to Left Foot Forward and Mehdi Hasan we have all read Clinton’s  speech:

“(the) UK’s finding this out now. They adopted this big austerity budget. And there’s a good chance that economic activity will go down so much that tax revenues will be reduced even more than spending is cut and their deficit will increase.”

Daniel Knowles contests his hero by drawing attention to the OBR’s use of the multiplier, on the following grounds:

“The Office of Budget Responsibility..using a Keynesian model, estimates that the fiscal multiplier is about .35”……that means that…overall the deficit is will be smaller than it would have been without cuts….. (Note: Knowles Update:  “I actually made a mistake with that statistic – 0.35 is the estimate for the multiplier for VAT. Estimates of the fiscal multiplier overall, including those of the OBR, IMF and others, are closer to 0.”)

Before I respond, let me say what a relief it is to hear orthodox economists and right-wing bloggers talking about the multiplier. For the past twenty years multipliers have been buried in macroeconomic models, and not discussed as matters of substantive consequence. But they most certainly merit being drawn into the light of day, given unemployment in the UK stands at around 2.5 million and the widespread fear and paralysis now prevailing. To do so, let us examine the consequences of the government investing £1 billion in building wind farms.

Keynes and Hubert Henderson devised the original idea of the multiplier. They understood that the primary expenditures on any public works project would lead to secondary expenditures as the newly employed spent their wages on other goods and services produced by the private sector. Richard Kahn then looked to quantify the scale of these repercussions. He concluded that the effects on national income of investment expenditures would be around twice the original outlay, and equally the impact on employment would be of a similar order. Repeated assessments supported Kahn’s view: the multiplier was around two.

There were then improvements to the public finances. Increased national income and employment meant increased taxation revenues and reduced benefit expenditures. Keynes was always very confident, and asserted that the effects of the spending would more than cover the costs. The exact impact, however, depends on the precise value of the multiplier, the average tax rate and the size of benefits.

The ‘Economic Consequences of Mr Osborne’ written by Professor Victoria Chick, myself and PRIME colleagues, vindicates Keynes and Kahn. We show that spending did reduce the public debt (and as Clinton claims, cuts increase the public debt), so their assessment of the multiplier must have been roughly right.

Today the multiplier may well be different (around 1 1/2 perhaps), but tax rates and benefit expenditures will be higher, so it seems likely that a similar assessment should hold today. The building of the wind farm would return at the very least, £1 billion to the Treasury.

We are now told that the Office for Budget Responsibility has adopted a model of the economy with a ‘multiplier’ of 0.35 on VAT, and 0.0 on government [investment?] spending overall.

These figures imply that the investment of £1billion in a windfarm would lead to no change in overall GDP.  Given the expenditure on the windfarm has to score in national income, – the only way this conclusion can come about is through a simultaneous cut of £1billion in other government expenditures.

So, the OBR implies, the consequences of government investment in a windfarm are as follows:

a)      The workers who get new jobs, stash their wages/salaries under the bed, and do not spend these.

b)     If they do happen to spend, then all their expenditure goes on imports – they spend nothing in British-owned businesses.

c)    The rest of the economy takes such fright at government expenditure policies that the private sector cuts back on expenditure on consumption and investment.

There may be some who believe that this is a realistic outcome from an investment of £1 billion, but they can only live in ivory towers. Most people understand the basic principle that when the private sector is not spending the government must step in and that this government investment will in turn revive private fortunes. When people are employed and earn money, they use it to buy or pay for the basics: accommodation, food, clothing and travel. When they are unemployed, and without income, they do without these.

So all Daniel Knowles reveals is that the OBR model is most definitely not Keynesian.

In fact it is an insult to his and Richard Kahn’s work to describe it as such. It is the very reverse of what Keynes and Richard Khan argued, (for more see appendix 1 of ‘The Cuts Won’t Work‘)

But Knowles inadvertently has done a public service. He has revealed how the OBR has managed to arrange the books so that austerity does not damage the economy. The multiplier has been used in a thoroughly un-Keynesian way so that the OBR can draw conclusions that are the opposite of Keynes’s own. It explains how the OBR can present huge cuts in public investment as making no difference to overall prosperity. Moreover, given it involves the negative processes outlined above, he has revealed how unlikely this is to hold in practice.

Some may see debate about the multiplier as being about a mere technicality – opaque economic jargon.  It is not. It is fundamental to the possibility of economic recovery.

Those who argue for government investment – as we do – have backed up our arguments by showing that spending on public works leads to both economic recovery – but also improved public finances.

Which is why we have to thank Daniel Knowles for shining a light on the OBR’s tactics. 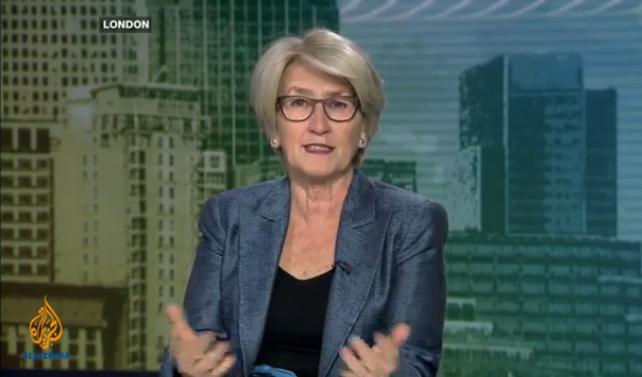