As loyal readers know, we are a network of macro- and political economists and environmentalists influenced by Keynes or concerned to restore his thinking. In our mission statement, drafted back in 2010, we considered

“that conventional or ‘mainstream’ economic theory has proved of almost no relevance to the ongoing and chronic failure of the global economy and to the gravest threat facing us all: climate change.”

We stand by that statement.  As the globalised and financialised economy lurches from one shock to another, disruptions and imbalances caused by the Global Financial Crisis are still not fully resolved. Far too many economists remain largely aloof from the varied crises pounding societies, or support the economic principles which exacerbate those crises.

Worse, governments remain unprepared for the scale of upcoming, and inevitable, ecological shocks.

Yet this relaunch takes place at a moment when, to deal with the consequence of economic failure – rising public debt – the theme of ‘austerity’ is raising its ugly head – again.

Once again both the broadcast and print media are playing a leading role in misunderstanding the macroeconomics of the state. Such misconceptions serve to promote austerity at a time when the economy is slumping.

Journalists are not entirely to blame. They are encouraged in the flawed use of analogies by economists at key institutions including Britain’s IFS and the OBR.  Both assume that unemployment, bankrupt firms and weak demand will be fixed almost automatically, with the only debate needed – how to repair the public finances?

Back in 2010 in our report, The Economic Consequences of Mr Osborne, written by Geoff Tily, Victoria Chick and myself, we predicted that austerity would worsen the public finances by increasing, not cutting public debt.  On that we were proved both prescient and correct, as Tily notes in his contribution tomorrow.

Back in 2010, many economists joined us in condemning George Osborne’s narrow and distorted analyses of the economy and the public finances. The only recourse for government, he argued, was ‘fiscal consolidation’ to cut spending and leave recovery to the private sector. In its own economic terms, this was self-defeating, though it helped with his deeper but covert objective of reducing the scope and capacity of the state to provide support and services to citizens.

Recovery not possible without an increase in public investment

Thankfully, many economists intervened and disagreed with Mr Osborne. However, their analysis sometimes went no further than condemnation. For example, 50 economists from all backgrounds, argued in a letter to the FT (18 February 2010)  that when recovery was firmly established,

“There is no disagreement that fiscal consolidation will be necessary to put UK public finances back on a sustainable basis. …depending on the strength of the recovery.” (Emphasis added).

Keynes, by contrast, argued that recovery was not automatic, and was not possible without an increase in public spending or investment – which need not wait for the recovery to be repaid, as it pays for itself.

That radical theory is still not widely understood by the economics profession – let alone by the world’s political and economic journalists.

Keynes’s theory was about much more than fiscal policy of course, and within fiscal policy debates, was also about the need for more than ‘deficit spending’. Instead to summarise Keynes: We borrow in the bad times, not because it can be paid back later, but because such spending pays for itself.  In the absence of such spending, the economy will worsen and public debt will rise.

Even while public debt levels are high relative to GDP, an increase in government spending is essential, he argued, in order that government might reduce public debt.

In a Green New Deal report – The Cuts Won’t Work – we noted that the level of public debt is not a constraint on policy, but simply an outcome of policy – a point not widely understood.

These arguments are still not made by most economists, including some of those that Daniela Gabor in the Guardian recently described as ‘fiscal heretics’.  While it is good to see more challenges to the “maxed out credit card” false analogy, many economists still cling to the view  that debt is high because spending is high, when in fact debt is high because both public and private spending and investment are too low. Instead, the assumption is that spending is affordable because interest rates are low. Or that spending in a slump is affordable because we can consolidate (and tax) later.

Spending is not just affordable right now, but absolutely central to creating employment, restoring stability to the public finances and the economy (including the private sector) and to the ecosystem. And public spending now, when the economy is slumping, unemployment rising and firms collapsing pays for itself and, is essential if government is to cut public debt.

The next ten years?

We are marking PRIME’s 10th anniversary by launching our new website,  re-designed to make more accessible new and existing content on economic matters of the day. We thank the many brilliant economists, lawyers and thinkers that have provided PRIME with alternative analyses of and insights into the global economy – analyses now more widely shared than ten years ago. And we mourn the loss this year of our great friends, Professor John Weeks, author most recently of The Debt Delusion, and the anthropologist and author of Debt, the first 5000 years – Professor David Graeber.

The 2020s will give us the opportunity to re-focus Keynes’s theories and insights  and to use them to mobilise finance for the radical transformations required by the mandates of the Green New Deal.

What is not so clear is whether the 2020s will give us the time to change the economic profession’s minds – before the next great shock hits the global economy. For the ecological crisis is revealing the extreme failures of contemporary capitalism – to tackle climate breakdown, to provide health to all, to end unemployment, or to raise incomes.  We need a different economy. Keynes’s monetary theories and fiscal policies explain how to transform our economy.

The articles we will be posting in the next few days and weeks include analyses of the global economy, the European economy and the British economy. They are all aimed at tackling

“the ongoing and chronic failure of the global economy and the gravest threat facing us all: climate change.” 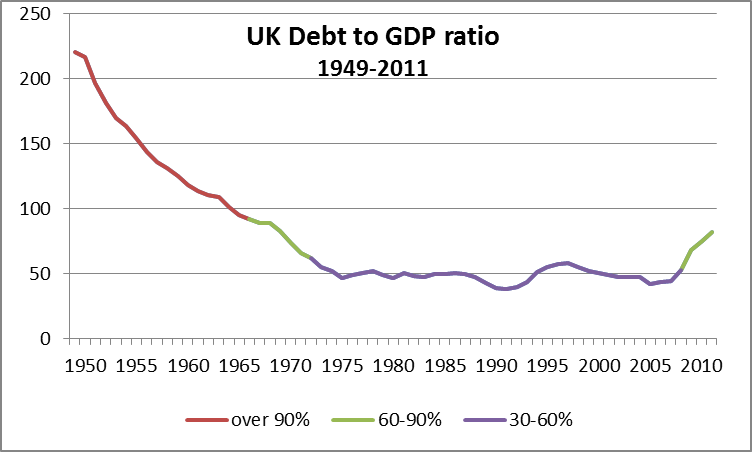