The main body of the draft Withdrawal Agreement is certainly long and detailed – a tribute to the efficiency of the EU’s legal services – but it mainly contains the sort of provisions one would expect for the terms of the separation, and for issues that straddle the departure timeline.  There is a transition phase to 31 December 2020, which can be extended, when EU law continues to apply, and the European Court of Justice still has jurisdiction.

Citizen’s rights (relating to residence etc.) are – it seems properly – dealt with at length. The financial deal is more or less what one would expect on leaving the ‘club’ in such circumstances.  There is provision for resolving problems and disagreements.  If there has to be a Brexit, none of this is really controversial.

But as for the so-called Ireland/Northern Ireland Protocol, that’s another matter altogether. It’s not a backstop for Northern Ireland, but an up-front set of binding rules for the UK as a whole.

Despite its title, this Protocol is in form and explicit content largely an EU/UK Protocol, with a few specific issues for Northern Ireland.  And the Protocol can only be changed or ended by mutual agreement.  That is, the EU has a veto. (Strictly, so does the UK.  But the commitments are nearly all on the UK side).

Now I would not be so concerned if the subject-matter was indeed limited to specific issues for Northern Ireland, or to how the UK and EU ensure together that the Good Friday/Belfast Agreement is safeguarded for the future.  There is in reality only one way to do this seamlessly, for Northern Ireland to stay as close as possible to the EU’s rulebook and maintain in effect a common market in Ireland.  Moreover, this would be consistent with the will of the majority of the people of Northern Ireland who voted to “remain” in the 2016 Referendum.

If “Rest of UK” were then to move further away from the EU’s rulebook – in any substantial respect – at the end of the transition period, there would be no alternative to some degree of a new trade-related control system (not a border) notionally placed in the Irish Sea.  This does not mean that Northern Ireland ceases to be part of the UK.  It could, for example, be designated a Special Economic Zone of the UK, with its economic/trade rules wholly compatible with the EU’s, and with UK solidarity shown through fiscal and other support.  If this served to speed up the day when, under the terms of the 1998 agreements, the people of Ireland freely consent to unification, so be it.  The DUP and hard-line unionists would only have themselves to blame.

Tying the whole UK into the Protocol rules

The only other answer is the one chosen by our government to try (probably unsuccessfully) to keep the DUP sweet – to tie the UK as a whole, immediately and permanently into the EU’s trade, competition and investment rulebook.  This outcome favours not only the sectarian leadership of the DUP but also the EU, controlled in its leadership by the ever more conservative European People’s Party (EPP).

This Protocol sets out arrangements necessary to address the unique circumstances on the island of Ireland, maintain the necessary conditions for continued North-South cooperation, avoid a hard border and protect the 1998 Agreement in all its dimensions.

So far, so good. The official aim is for the Protocol to have temporary effect – but it clearly also provides for possible longevity or permanence (Article 1.4):

The objective of the Withdrawal Agreement is not to establish a permanent relationship between the Union and the United Kingdom. The provisions of this Protocol are therefore intended to apply only temporarily… The provisions of this Protocol shall apply unless and until they are superseded, in whole or in part, by a subsequent agreement. [My emphasis]

There are no other provisions for ending the Protocol, which cannot be ended unilaterally by the UK in any circumstances.

There are two ways it can be amended or ended by agreement.  Under Article 2, it can be “superseded” in whole or in part by the main Future Relationship agreement to be negotiated:

1. The Union and the United Kingdom shall use their best endeavours to conclude, by 31 December 2020, an agreement which supersedes this Protocol in whole or in part.

Secondly, and once the transition period has ended, Article 20 enables the UK government (or the EU) to propose that the Protocol is, “in whole or in part, no longer necessary to achieve the objectives set out in Article 1(3) and should cease to apply, in whole or in part.”  In such a case, the EU/UK Joint Committee meets at ministerial level to consider the proposal, and it may (but only by consensus) then decide to bring the Protocol to an end.  This seems extremely unlikely.

Importing the EU state aid rulebook into the Protocol

Now back to the substance of the Protocol.  Article 6 creates the new EU/UK “single customs territory”:

The single customs territory shall comprise:

(a) the customs territory of the Union…; and

(b) the customs territory of the United Kingdom.

There is nothing very specific in Annexes 2 and 4 to Northern Ireland.  On the contrary, these provisions fix the rules for the UK as a whole – rules that cannot be changed without the EU’s agreement.  Annex 4 is particularly notable, as it sets out the rules to be followed in relation to taxation, environmental standards, labour standards, and state aid.

The provisions on state aid and competition are particularly intrusive, in that they require the UK to establish a new (or newly endowed)  “independent authority” which “shall have the necessary guarantees of independence from political or other external influence and shall act impartially.”

In relation to the EU Withdrawal Act 2018, the government felt it needed a post-transition equivalent, and has chosen the Competition and Markets Authority (CMA) to take on the role of state aid regulator, in addition to its existing functions. It is chaired by Lord Andrew Tyrie, a cross-bencher who was till recently a Conservative MP and chair of the Treasury Select Committee.  It is far from evident that this body has the skills and experience to take on what can be a very politically sensitive task. But it would be within the power of a new Parliament to abolish or change the regulator – but not so if the Protocol comes into effect.

The requirements laid down for this new body are far-reaching:

The Annex even contains a unilateral provision enabling the EU to take unspecified “remedial measures” against the UK if it considers the state aid rules have been broken.  (The UK has no such reciprocal right under the agreement).

The state aid provisions are followed by the “competition” provisions which are equally comprehensive, in that post-Brexit UK is to be required to continue the very same policies as pre-Brexit.  These cover not only issues such as monopolies, but also the rules on Services of General Economic Interest – for which read most public services.

The scope of “competition” rules also seems to be expanding; here is an Articles affirming shared principles, which mentions what seems to be a new reference (compared to the EU Treaties) to “investment relations”:

“The Union and the United Kingdom recognise the importance of free and undistorted competition in their trade and investment relations… (Part of Article 16, Annex 4 to Protocol).

The effect of the so-called Ireland/Northern Ireland Protocol is therefore to pre-empt the negotiations over the Future Relationship treaty.  It means the EU would already have ensured that there is in place the “independent authority” enforcing its own state aid and competition rules in the UK.

Now, we can see from the separate 7 page “Outline of the Political Declaration” that the parties’ present intention is  to create a “Level Playing Field for Open and Fair Competition” in which

Competition must be open and fair. Provisions to ensure this should cover state aid, competition, social and employment standards, environmental standards, climate change and relevant tax matters, building on the level playing field arrangements provided for in the Withdrawal Agreement [i.e. the Protocol]and commensurate with the overall economic relationship.

Now I am not saying there should be no rules on anything to do with state aid or competition in the future agreement – far from it.  Some forms of state aid – to prevent corporations seeking subsidies from local or regional governments, for example – are beneficial, but other EU restrictions are too limiting.  But in effect the Protocol imports the entire current EU rulebook on state aid and competition, leaving a future UK government with no margin of manoeuvre in future negotiations.

The Withdrawal Agreement – pain but no gain

In conclusion, the draft Withdrawal Agreement pushes too far.  It cedes too much to the EU that should be left to define in the “future relationship” agreement, and this is unconvincingly packaged in a set of Annexes to a Protocol (that allegedly deals with Northern Ireland) to an Agreement.  This is no way to do democratic decision-making on issues of great public interest and importance.

The terms of the draft Agreement clarify, above all, the extent to which there are no advantages whatsoever to the UK in leaving the EU on these terms.  We are to be required to follow almost all the main rules, and to do so effectively for the future, with new bodies required by the EU to mirror the EU’s own institutions.  And in return, what? No say, no voice, no representation.

The EU’s Treaties have a lot to criticize, notably in the economic sphere.  We have proposed major changes. But by leaving the EU, we deny ourselves any say over them, or over their interpretation, even though we will be bound by many of them for the indefinite future.  We cannot join other progressives in building a coalition from within for positive change.  That is why many of us supported Remain for Change, back in 2016.

Time for a popular vote

This deal is a permanent dead-end in which we will be stuck, without influence, without ability to change the rules, and with less power of self-determination than as a member of the EU. I believe Parliament must not accept this draft deal, but seek a popular vote on (a) whether we should accept the deal, and (b) if not, whether we stay in the EU or take the risk of a very hard no-deal Brexit. 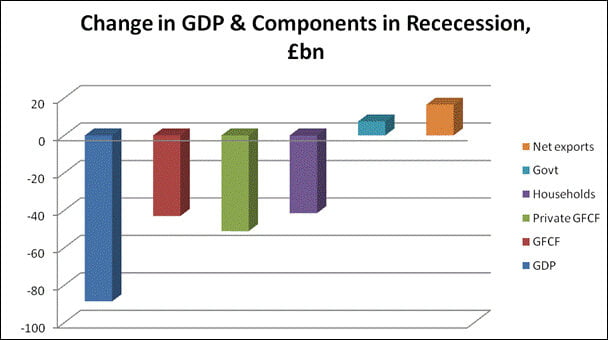