Be angry at bankers, be angrier at economists

This is a cross-posting from today’s online Guardian, Comment is Free

Like millions of others I am outraged by the LIBOR scandal; the wrongdoings of the ‘submitters’ and other traders at Diamond’s Barclays Bank and their fellow travellers at the British Bankers Association. Which is why we at PRIME economics have launched a government e-petition calling for a judicial public inquiry into the wrongdoings of banks, and for the inquiry to have powers to summon witnesses and question them under oath.

But this scandal, and the individuals involved are but the symptoms of a much bigger dysfunctional banking system, one that is staunchly upheld by the British establishment – many of whom have their heads firmly below the parapet.

Above all this scandal is a direct result of the flawed, mainstream economic theories on which the global, so-called ‘free market’ in money has been built and globalised.

So while I do of course regard the speculative and often fraudulent activities of our bankers with disdain, I reserve my real anger for the economics profession – both professional and academic.

For it is mainstream, orthodox economics that has effectively given private bankers the cover they need to engage in reckless, greedy, fraudulent and immensely enriching activity. It is orthodox economists that have built the platform on which today stand the young traders at sixteen banks involved in the LIBOR scandal.

Above all, it is mainstream economists that are directly responsible for the financial crisis and that have brought our global financial system to this pass.

Yet economists (with some notable exceptions) stand aloof from a crisis of their own making. And when they do deign to engage it is to adopt an attitude of defeatism. We are  constantly enjoined to simply accept the destructive fate of austerity, financial failure, bankruptcy and unemployment, for, they argue: ‘there is nothing to be done’. Only ‘creative destruction’ will do the trick.

But  that is a lie. There is much that can be done to alleviate the suffering and destruction of value that we witness daily.  All it requires is to remove orthodox economic blinkers. Furthermore, we have the precedent of the 1930s, when Keynes and Roosevelt took on the bankers, began to resolve the crisis, and in the US built sustained recovery.

But to understand the root of the Barclays scandal, and what must be done now, we – and most emphatically orthodox economists –  must first understand a foundational element of the economy: money.

As Geoffrey Ingham in ‘the nature of money’ has argued, orthodox economists believe (and believe is the operative word) in the ‘commodity theory of money’. While they no longer maintain that money consists of a material with an intrinsic exchange value, they argue that it is a commodity in the sense that it can be understood like any other commodity. Hence the belief that money is subject to the forces of supply and demand, marginal utility and so on.

On this stands the belief that the ‘price’ of money – the rate of interest, is not constructed socially, but is a result of ‘market forces’.

Most economists still hold to the naive belief that money = deposits and savings. They take this further. They believe firmly that in order to lend, banks must have a stash of savings in the vault.  They do not understand that bankers can create credit by entering numbers into a computer. No, they believe that banks simply act as intermediaries and can be relied up on to e.g. come between Mrs Jones’ and her carefully accumulated savings and Mr Smith’s demand for a loan.

But John Maynard Keynes (and Adam Smith, Schumpeter, Galbraith etc.) knew otherwise. And Keynes explained money and how it works most clearly.

In brief: money in all instances starts life as credit. It is created in the first instance by central banks – who with the stroke of a computer keyboard can deposit billions of pounds into the bank accounts of commercial banks – think QE. The central bank demands in return, collateral.

Private commercial banks are in turn licensed to do the same. So private bankers create credit out of thin air – by entering numbers into a computer – and then requiring a) collateral and b) repayment. This credit then enters bank accounts as deposits. We then invest or spend this money. That generates income – wages, salaries, profits, taxes. Income is then used to repay the credit/debt.

In other words, we as a society bestow great power on central and commercial bankers. Which is why economic prosperity has depended on the public accountability, regulation and management of finance.

Orthodox economists do not understand money as credit. They understand it as a commodity – subject to the forces of supply and demand. And they regard these forces as a good thing – for they can determine the ‘price’ of money – the rate of interest.

But money is not a commodity. It is not like oil or diamonds. it can be created out of thin air. It is a public good, like clean air or water. But unlike clean water, there is no limit to its creation. Which is why it must be regulated and managed not left to the ‘invisible hand’ of  ‘market forces’.

Barclays bankers were granted huge powers. Let us not be surprised they abused these powers.  While of course they must be punished, it is time to interrogate those who gave away this great public good – this great power to create and price credit.  Let us begin with the profession of economists. 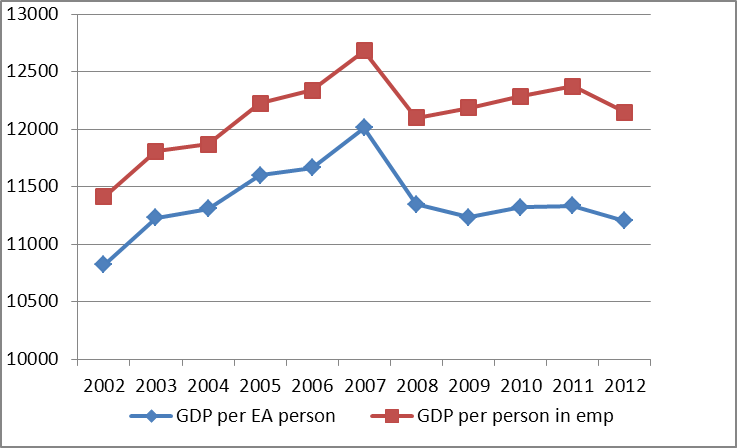 The case for an Ecological Interest Rate