A Modern Greek Tragedy: Official EU Creditors, with total impunity, wreak damage across the board

Kunibert Raffer proposes an alternative solution to the EU sovereign debt crisis in this contribution to PRIME:

In open violation of both the Lisbon Treaty (Art. 125) and economic reason, official EU creditors have wreaked unnecessary damage within the Eurozone. Their interventions have worsened the so-called euro-crisis and will only postpone the eventual unavoidable haircut.

EU officials, politicians and the ECB loudly purport that there is no alternative to their misguided policy. I have long proposed an alternative means for resolving sovereign debt crises – dubbed by many as ‘the Raffer proposal’  – which offers a constructive way forward, for both creditors and debtors. The proposal is outlined below.

The Lisbon Treaty is clear: EU taxpayers are not supposed to finance bail-outs:[i]

Member states are thus prohibited from assuming Greek debts both openly or under whichever flimsy disguise, e.g. pretending that these are mere loans on which the “lenders” are going to make profits.   For the EU to exert pressure on members wishing to act lawfully and to respect the Treaty is illegal. Furthermore, the way banks rather than Greece were bailed out now threatens the solvability of would-be savers themselves. Few European politicians dared defend the Rule of Law and economic sense, by preventing their country from participating  in this illegal activity, as Slovakia courageously and correctly did.

Economically, some of the bail-out money is lost. Recent official acknowledgment that Greece would need additional cash after terms were softened already; that there is a need for the “reprofiling” of her debts; rumours that Greece would leave the Eurozone; the S&P’s downgrading of Greece by two notches – all this makes abundantly clear what official EU-sources have keenly denied: Greece’s debts are unpayable.

Right after Greece’s crisis broke, voices from the banking sector proposed a haircut, an opinion endorsed by many academics and even private investors including Mohamed El-Erian of PIMCO. They were ignored. The official bail-out caused an increase in Greek debts since then. It fuelled the crisis by encouraging speculation against other euro-countries. It signaled to speculators that they would be bailed out and could go on speculating. Portugal and Spain prove how gratefully this invitation to engage in risk-free speculation was accepted. The bail-out cannot avoid but can only postpone the unavoidable haircut. EU-politics made things worse for everyone except some bureaucrats and politicians parading themselves as trouble shooters. In quite a few jurisdictions such lending, only prolonging crises, is called abusive credit, entitling bona fide creditors to damage compensation. (Juan Pablo Bohoslavsky has tried to transform the concept of the responsibility for abusive granting of credit into a general principle of international law.[ii])

Meanwhile, these disastrous, so-called “rescue operations” have even tainted institutions traditionally seen as bulwarks of stability. The German Bundesbank, e.g, has amassed claims against “the euro-system” (meaning other national central banks) of over €300B. Interestingly, these claims have grown rapidly during the crisis and cannot be explained – as Prof. H.-W. Sinn pointed out on German TV. The European Central Bank (ECB) has violated an ironclad taboo by buying up the bonds of countries in distress. It is now sitting on assets of doubtful quality, becoming an EBB (European Bad Bank) – as some cynics joke.

Dealing with reality: the alternatives

Debtor insolvency and creditor losses are part and parcel of lending, and – as experience proved abundantly – a quick and fair cut is the best solution for anyone involved, certainly for bona fide creditors and debtors. I therefore proposed implementing sovereign insolvency as the best way out: internationalising the main principles of US Chapter 9 insolvency – an insolvency procedure for debtors with governmental powers, kindly dubbed Raffer Proposal by Prof. JK Galbraith and Prof. PP Streeten, called Fair Transparent Arbitration Process (FTAP) by many NGOs, most notably the Jubilee Movement.

While private lenders should bear their risks – after all, this is what market economies are all about – illegal and inappropriate official interventions increasing these losses are patently unfair, both to the Greek people, who have to undergo unnecessary suffering, and to the private sector. A quick haircut, already proposed early on, would have contained losses. In February 2010, e.g., Gros and Mayer, the latter chief economist of the Deutsche Bank, proposed a solution whose main elements seem to be eventually realised now, unfortunately with some unhealthy extras added by politicians changing things for the worse and after worsening the situation dramatically, most notably a higher stock of debts and a shrinking Greek economy.

In February 2010, Daniel Gros and Thomas Mayer, the latter chief economist of Deutsche Bank, proposed the establishment of

“a European Monetary Fund, which, in the event of a default, could step in and offer all holders of debt issued by the defaulting country an exchange against new bonds issued by the EMF. The fund would require creditors to take a uniform “haircut”, or loss, on their existing debt in order to protect taxpayers”

as they wrote in the Economist.[iii] More recently Thomas Mayer was quoted in the Wall St. Journal, saying that: “Taxpayers will end up buying out the private sector” – right after the WSJ had pointed out that Greek “debt will consist increasingly of emergency loans and ever less of bonds held by private investors”.

A proper mechanism for resolving a sovereign debt overhang must comply with minimal economic, legal and humane requirements and be fair to all involved. The Bruegel proposal for a European mechanism for sovereign debt crisis resolution[iv] is right: an institution that is neutral and not a creditor must supervise debt reductions as a court would do domestically. Placing governments under receivership – they argue – is inconceivable because it contradicts the nature of democracy.  For this reason, I demanded independent arbitration in 1987.v However, the authors’ prime choice – the EU Court of Justice – is problematic. One may discuss whether any EU-institution could be and remain neutral. The EU has not only violated the Lisbon Treaty but also unlawfully exerted pressure on member states unwilling to do so.  Political pressure on an EU-institution is thus to be expected.

In 1987 I proposed adapting US municipal insolvency (Chapter 9, Title 11, USC) to sovereigns – a special procedure for debtors with governmental powers.  The main principles of the Raffer Proposal are:

Arbitration respects the fundamental pillar of the Rule of Law: one must not be judge in one’s own cause. The sorry economic record of official creditors as judges in their own cause supports this point clearly. Using a time-tested mechanism – plain vanilla in international law – would solve the problem: ad hoc arbitration. Creditors and debtors would nominate one or two arbitrators, who in turn would elect one further member to reach an uneven number. The panel is given the mandate to work on the basis of the main principles of US Chapter 9 insolvency.

Naturally, the population’s right to be heard would have to be exercised by representation, an option also existing in domestic US Chapter 9 cases. Trade unions, entrepreneurial associations, religious or non-religious NGOs could exercise this right to be heard for the affected population, presenting arguments and data before the panel. A sustainable solution would emerge from the facts presented and discussed. As anyone concerned would have the opportunity to present their arguments in a transparent procedure, one can expect that either agreement on one specific solution is reached or differences between positions would be quite small. Ideally arbitrators would just have to rubberstamp the plan agreed on by the parties, by the creditors and the debtor.

Voice for the affected population within a legal procedure, as provided for in domestic US municipal insolvency cases, is preferable to the kind of “participation” we have recently witnessed in Greece. Strikes, demonstrations and street fights express public opinion in a less coherent and useful way, impairing debtor economies further. This is neither in the best interest of the population that will have to live with the damages done for years to come, nor of creditors, who could get more repayment even though the populations would be better off too without this kind of violent resistance. National programmes for banks threatened by haircut-caused distress must be made available. These must copy the US’s Troubled Asset Relief Programme (TARP). This would be less costly than present bail-out policies fuelling the crisis. Just to compare: TARP earns money, the European bail-out makes austerity measures in those nations necessary too that are claiming to “bail out Greece”. No gains, but losses anywhere, except for some bureaucrats and politicians enjoying increased perceived importance.

In my model all creditors are to be treated equally. Private and public creditors must get the same haircut. This avoids unfair burden sharing. Demanding that those creditors that have aggravated the situation by illegal lending must not enjoy preference is extremely justified. Especially in the Greek case official creditors worsening the situation must not be rewarded financially, nor by new jobs or new importance. Rather, they should be taken into account. 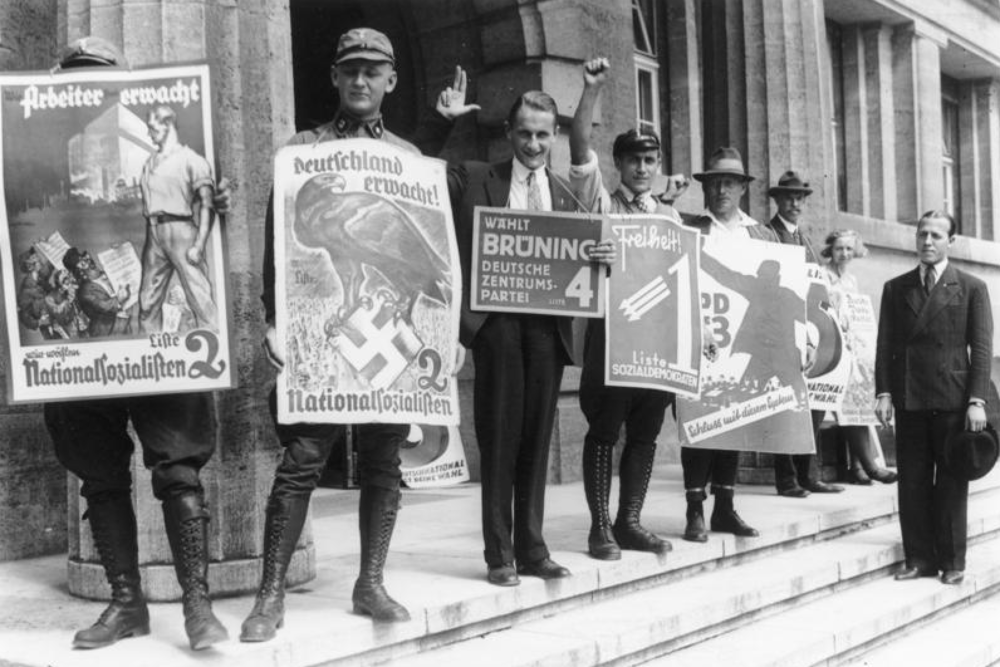 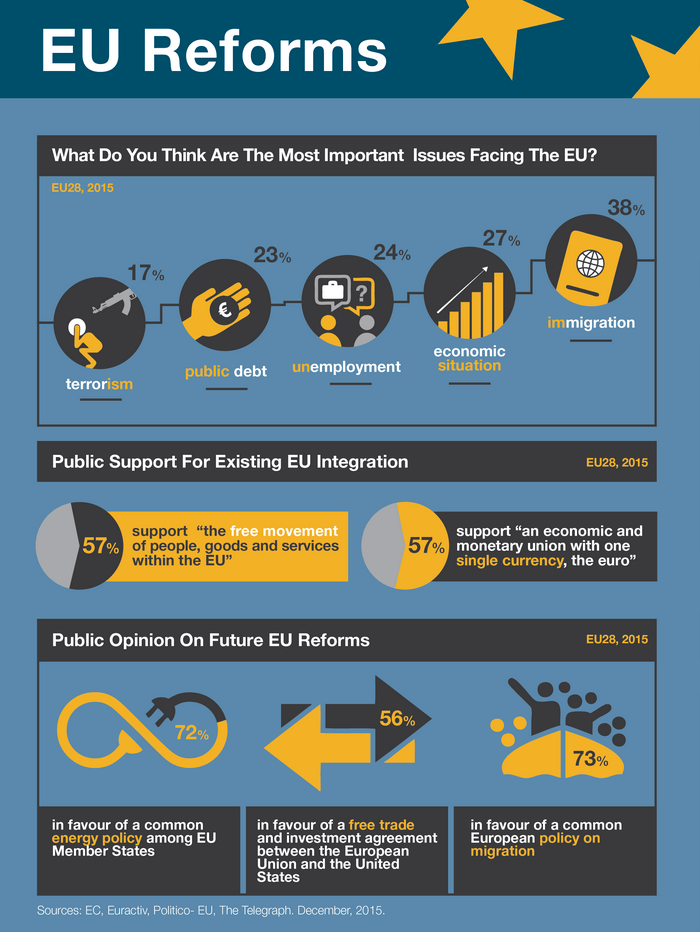