It has swiftly become clear, if it were not already so, that neither the government nor the leaders of the Brexit campaigns had anything resembling a plan for what to do if the people voted in favour of leaving the EU.  As Mark Carney rather mordantly put it in his speech today,

“In Tim Geithner’s famous dictum, “plan beats no plan.” And in my experience, a plan that is clearly articulated and transparently executed is best of all.”

In other words, addressed to the off-stage Brexiters, but also to the government whose decision it was to hold the referendum, “you’ve dumped us here without your having any idea what to do next.”

Well, I do not claim the wisdom of a Baldrick, but for what it’s worth, here – wearing my lawyer and ‘EU Treaty wonk’ hats – is my cunning plan.  Its purpose is to strengthen the UK’s negotiating position while respecting the Referendum result – but to offer the possibility, if (but only if) the negotiations lead to what Parliament considers a bad result, to hold another Referendum before we finally leave.

First, and I return to the subject below, do not yet trigger the Article 50 notification under the Treaty, pending the passing of an Act of Parliament laying down the basis and procedure for such notification.

Second, government and all Prime Ministerial candidates should give an immediate political assurance that the rights of non-UK EU nationals resident in the UK will be preserved in perpetuity, whatever the outcome.  This will help to restore some sense of security among the millions of non-UK nationals who have come here in the full and legitimate expectation that they were indeed secure.  This should be backed up by government’s clearest commitment to a strong and active response to all acts of racism.

And third, draw up the terms of the Article 50 Notification Bill.

Let us recall what Article 50 says:

“1. Any Member State may decide to withdraw from the Union in accordance with its own constitutional requirements.

2. A Member State which decides to withdraw shall notify the European Council of its intention. In the light of the guidelines provided by the European Council, the Union shall negotiate and conclude an agreement with that State, setting out the arrangements for its withdrawal, taking account of the framework for its future relationship with the Union… It shall be concluded on behalf of the Union by the Council, acting by a qualified majority, after obtaining the consent of the European Parliament.

3. The Treaties shall cease to apply to the State in question from the date of entry into force of the withdrawal agreement or, failing that, two years after the notification referred to in paragraph 2, unless the European Council, in agreement with the Member State concerned, unanimously decides to extend this period.

5. If a State which has withdrawn from the Union asks to rejoin, its request shall be subject to the procedure referred to in Article 49.”

1. Note the outcome of the referendum, with the British people voting that  “the United Kingdom should leave the European Union” on the simple binary question of remain or leave, and affirm the intention to implement that decision.

2. Note that the Referendum result does not lay down guidelines, whether general or specific,  for the future relationship with the EU.

3. Note the terms of Article 50 of the Treaty on European Union, in particular those relating to the negotiation and conclusion of an agreement between the EU and UK which set out the arrangements for the UK’s withdrawal, taking account of the framework for its future relationship with the Union

4. Authorise and require the government to give notification under Article 50(2), and to conduct the negotiations in accordance with it

5. Require the government to report to Parliament within 20 months on either the draft conclusion of an agreement which can be recommended for approval, or on the state of the negotiations to that point

6. If there is a draft agreement which Parliament considers satisfactory and approves, then the withdrawal proceeds

7. If there is a draft agreement which Parliament does not consider satisfactory, then a second Referendum should be held before the end of 2 years from the date of giving the Article 50 notification, asking the question whether (a) to accept the terms of the agreement and confirm the withdrawal from the EU, or (b) not to accept the terms negotiated, and to withdraw the notification and remain a Member of the EU.

8. If there is no draft agreement, then a second Referendum should be held asking the question whether (a) to confirm the withdrawal from the EU notwithstanding that no negotiated agreement has been reached, or (b) to withdraw the notification and remain a Member of the EU

9. The above time limits may be extended if the EU’s Council agrees to extend the 2 year period specified for the negotiation

This of course assumes that in law a notification under Article 50 once given can be withdrawn, however bad the outcome appears following negotiations (or their breakdown). There is certainly nothing in Article 50 that expressly precludes it (though the other Member States would be enormously justified in being unhappy with the UK which would surely forfeit any reputation for trustworthiness and good governance for a long, long time after such a mess).

The EU Committee of the House of Lords considered this question in its report on “the process of withdrawing from the European Union” published on 4th May. At paragraph 10 they say

We asked our [legal expert] witnesses whether it was possible to reverse a decision to withdraw. Both agreed that a Member State could legally reverse a decision to withdraw from the EU at any point before the date on which the withdrawal agreement took effect. Once the withdrawal agreement had taken effect, however, withdrawal was final. Sir David [Edward] told us: “It is absolutely clear that you cannot be forced to go through with it if you do not want to: for example, if there is a change of Government.”

There is still a risk that the European Court of Justice could intervene and interpret Article 50 as not permitting a notification, once duly given, to be withdrawn.  But to reach that decision – which is not to be found in any overt provision – in the teeth of a democratically enacted law by a national Parliament which gives citizens the final decision – would itself be damaging to the reputation of the EU.

This proposal could have several advantages, in particular in helping with the UK’s negotiating position which is otherwise frankly very weak  once the notification is given.  It could even encourage those who want the UK out of the EU (of which there are not a few in the European Parliament!) to offer more favourable terms to smooth the path.

And it offers a route (albeit a humiliating route) to remain within the EU if it becomes clear to a wide majority that the alternative would be gravely damaging.  Of course, a reversal of the notice to withdraw would mean that David Cameron’s negotiated package would not be restored – but then no one seems to have taken the slightest bit of notice of it first time round!

It also would mean that the (first) Referendum decision is fully implemented, until and unless the actual result seems to Parliament to be really bad for the country.  But even in such a case, Parliament is not given the power to override the first Referendum, but only to offer the people a second vote if it is convinced the final result would be damaging to the country.  The final say would remain with the people, based on an actual concrete proposal or total breakdown in negotiation.

Jeremy Smith is co-director of PRIME, and also a barrister and former Secretary General of the Council of European Municipalities and Regions (CEMR) 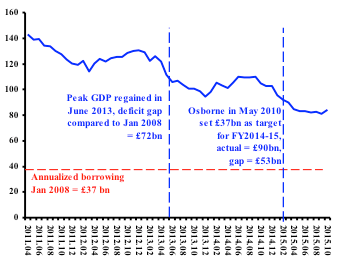