“The Treasury must explain the reasons for any departure from the previous mandate and/or supplementary targets.“

From the current Charter for Budget Responsibility’s fiscal rules

From the 2011 Budget Responsibility and National Audit Act 2011

There’s no getting away from it – in the manner in which it has put forward today’s Budget, the government – and specifically the Treasury – have acted in breach of the law.  The government’s Budget Report is required to set out how it is meeting the present, legally prescribed fiscal rules and targets. It has ridden roughshod over this requirement, instead laying down rules that – whatever their merit may be – have no legal basis or standing. It has ignored the statutory rules for changing the rules, laid down by the Conservative-led government in 2011.

The proposed new fiscal framework, for which a review is announced today, is likely to be better (allowing for more public spending, if well directed) than the fiscal rules of ex-Chancellors George Osborne or Philip Hammond.  But that provides no reason or excuse to ignore the clear legal rules enacted and approved by Parliament.

We have criticized the “fiscal rules” put forward by post-2010 Conservative governments, but until now they have followed their own procedural rules.  Not this time.

By Section 1(2), the Charter must in particular set out

(a) the Treasury’s objectives in relation to fiscal policy and policy for the management of the National Debt,

(b )the means by which the Treasury’s objectives in relation to fiscal policy will be attained (“the fiscal mandate”), and

(c) matters to be included in a Financial Statement and Budget Report prepared under section 2.

The Charter is an important formal, legally prescribed matter –

“(4) The Treasury must lay the Charter before Parliament.

(5) The Treasury may from time to time modify the Charter.

(6) When the Charter is modified the Treasury must lay the modified Charter before Parliament.

(7) The Charter (or the modified Charter) does not come into force until it has been approved by a resolution of the House of Commons.”

Section 2 of the 2011 Act provides the requirements for the annual Budget Report, including:

(1) The Treasury must prepare a Financial Statement and Budget Report for each financial year.

The current Charter of Fiscal Responsibility is dated Autumn 2016, but was approved by Parliament in early 2017.  It has not been replaced.   It sets out an overall “objective”:

3.1 In order to provide for sustainable public finances, ensure confidence in the economy, and support the effectiveness of monetary policy, the Treasury’s objective for fiscal policy is to: return the public finances to balance at the earliest possible date in the next Parliament. [My emphasis]

The ‘objective’ is supported by the ‘fiscal mandate’, which the Charter reminds is laid down in primary legislation:

3.2 The Treasury is required by the Budget Responsibility and National Audit Act 2011 to set out the means by which its objective in relation to fiscal policy will be attained (“the fiscal mandate”). This act also requires the OBR to assess the government’s performance against the fiscal mandate.

3.3 In order to achieve the above objective, the Treasury’s mandate for fiscal policy in this Parliament is a target to reduce cyclically-adjusted public sector net borrowing to below 2% of GDP by 2020-21

3.4 The Treasury’s mandate for fiscal policy is supplemented by a target for public sector net debt as a percentage of GDP to be falling in 2020-21

The Charter also prescribes what happens if there is an economic shock:

3.6 In the event of a significant negative shock to the UK economy, the Treasury will review the appropriateness of the fiscal mandate and supplementary targets as a means of returning the public finances to balance as early as possible in the next Parliament.

So what should happen if a Government decides as a matter of policy to change course, or it feels that economic circumstances require a change?  The Charter, once more, is clear and precise:

“3.7 Should the Treasury wish to change its mandate for fiscal policy or supplementary targets, this shall be achieved through the formal process for modifying this Charter for Budget Responsibility (“the Charter”) set out in Section 1 of the Budget Responsibility and National Audit Act 2011. The Treasury must explain the reasons for any departure from the previous mandate and/or supplementary targets.”

In paragraph 3.11, the Charter also lays down what must be in the annual Budget Report:

“The Budget Report shall provide, at a minimum:

The Treasury, to underline the point, is under a legally founded duty to explain not whether but how the budget’s policy measures maintain the path consistently with the ‘objective’ laid down in the Charter – of returning the public finances to balance as soon as possible in this Parliament, and how they do so in relation to the ‘mandate.’  The answer, of course, is that they don’t.

The only wriggle room provided by the Charter’s clear wording is that the Budget Report must give an explanation, where necessary, of how these policy measures maintain the path of the public finances.  But in my view it is impossible to hold that it is not “necessary” to give an explanation when you are in the act of tearing up the rules you should be explaining you are adhering to.

The alternative is to bring forward an amendment – even a temporary amendment – to the fiscal rules, which the government has had time to do.  It has chosen not to do so, but to ride roughshod over the law.

Instead, the 2020 Budget Report sets out a wholly different set of fiscal rules which not only have no legal status, but contradict the existing ones:

This Budget has been delivered to meet the following fiscal rules:

if the debt interest to revenue ratio is forecast to remain over 6% for a sustained period, the government will take action to ensure the debt-to-GDP ratio is falling

The Budget also sets the spending envelope for the upcoming CSR within these rules, which allow for significant investment in growth-enhancing infrastructure while maintaining control of day-to-day spending.”

Instead of complying even minimally with the legal requirements concerning the rules, the government simply announced a review of the UK’s “fiscal framework”:

“Interest rates are expected to remain at very low levels for an extended period. This has prompted an international debate around the implications of this environment for fiscal sustainability and the role of fiscal policy. In this context, the Chancellor has announced that HM Treasury will conduct a review of the UK’s fiscal framework, to:

The review will report back by Autumn Budget 2020, to allow the government to confirm its fiscal objectives for the Parliament.”

Then, hidden away, we finally find a reference to the actual current fiscal rules:

“When the review is concluded, HM Treasury will lay before Parliament a new Charter for Budget Responsibility; the Autumn 2016 Charter therefore remains in force at the current time.  The Budget has been delivered within the fiscal rules set out above in paragraph 1.34. The Chancellor wrote to the OBR ahead of the Budget to ask it to assess the government against these rules, in addition to those set out in the Autumn 2016 Charter.”

(This is curious wording also in that the fiscal rules set out above are in 1.12, not 1.34 which has no bearing on the matter).

The OBR’s new economic and fiscal outlook report does indeed look (from page 154) at how the government’s proposals fare against the “legislated” fiscal targets – but it does not look (nor is it required to) at how the government’s plans fare against the “objective” of having the public finances (including investment) in balance over this Parliament. It finds (no surprise) that at least one of the targets will not be met. The evidence is clear that the Charter’s ‘objective’ will be missed by a mile.

As we’ve seen, the Treasury is given the duty, under the Charter, of reporting on how it is complying with the overall objective

What the government should have done

The answer here is really quite simple. Comply with the law, as enacted and approved by Parliament.

The process, after all, is simple.

Draft a modified Charter, in accordance with the 2011 Act, which changes the objective, and the fiscal targets or mandate to meet your manifesto. Put it before Parliament, get it approved by Resolution. You can then do your review, and change it again late this year or next. It’s easy and laid down by law.

But this government thinks it is above the law, and can ignore it, with no one noticing or feeling able to challenge it. It’s maybe a small sign, but it’s the clear sign of an autocratic government at work. 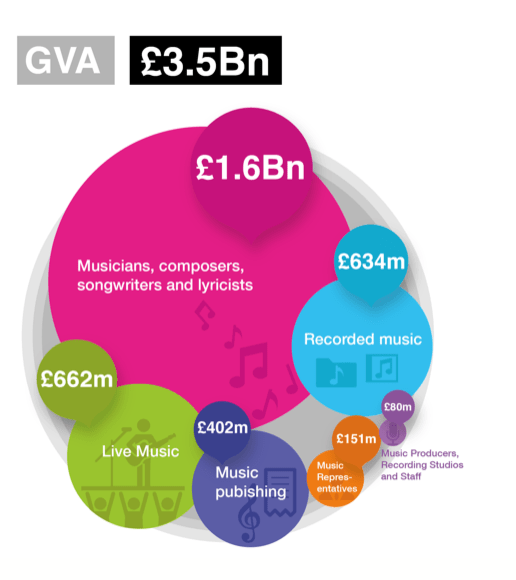