This article by Professor John Weeks is the latest in our current series on Debt, Deficits and the Role of Central Banks, which aims to highlight some key issues in the current politico-economic debate in the UK and beyond

The Austerity Dogma of George Osborne asserts that a negative balance between public revenue and overall public spending (deficit) is a problem requiring immediate policy measures to eliminate (“correct”) it.  On occasion he has gone further, asserting that the fiscal balance should be positive (surplus) when the economy is at or near its capacity.  His invariant form of “correction” is expenditure reduction (“austerity”).

We find three commonly encountered justifications for this dogma.  First, there is the reductionist argument that compares public sector budgeting to households.  This is usually presented as so obvious that it requires no explanation – households must balance their books (“cannot spend more than their incomes”), and the same applies (or should apply) to governments.

This justification is at the least doubly wrong.  Anyone who believes that households must spend no more than current income has never bought a house, sent a offspring to university or found her/himself between jobs (due to redundancy, firing or voluntary employment shift).

The fact is that households across the income distribution spend more than their incomes, early and often.  That is why PwC projects average UK household debt to reach £10,000 at the end of 2016 excluding mortgages.  The very limited truth in the false comparison comes at the bottom of the income distribution, where households have no choice but to engage in desperation borrowing (see study by Johnna Montgomerie).

The more fundamental falsifier of the household-equals-government argument is that the UK government can borrow from itself and a household cannot. The government of a country that has a national currency is not constrained in its spending by revenue flow alone.  However, macroeconomic conditions can impose binding constraints to public spending, which I discuss at a later point.

At the moment it is obviously irrelevant because the Bank of England rate is below one percent and money market rates hardly higher.  Indeed, a rise in interest rates could bring benefits, such as higher returns to pension funds.  Were the UK government concerned about “crowding out” it has an obvious way to avoid it, borrowing directly from the Bank of England (“monetizing” the deficit).

Another frequently encountered assertion is that the Chancellor should avoid public sector deficits because they generate inflationary pressures.  There exist concrete circumstances when this would happen, but at the moment the overall rate of inflation in the UK is zero, and the “core inflation rate” is barely over one percent.

Finally, the deficit has been falling (albeit slowly), and for fiscal year 2014/15 was less than £60 billion (below 5% of GDP compared to over 10% in mid-2012).  With inflation at zero, government borrowing falling, and no empirical or theoretical basis for the dangers of deficits, further budget cuts would qualify as gratuitous and ideological.

We find among critics of Chancellor Osborne’s policies two counter proposals for fiscal policy guidelines, 1) borrow only for investment, and 2) balance the budget “over the economic cycle”.  Close inspection of these suggests that they are variations on the austerity argument rather than refutations.

The first approach would maintain balance or a surplus for current expenditure, and fund public investment through borrowing by sale of government bonds in the financial market or borrowing from the Bank of England.  In mainstream economics the former has no impact on the supply of money, while the latter increases it by the amount of the borrowing.  The qualifier “in mainstream economics” is necessary because a considerable portion of the economics profession rejects the implicit assumption that the supply of money is independent of the level of output.

We need not wade into the money supply argument to see that the “borrow only to invest” position accepts that deficits are a problem, though limiting the problematic role to the current budget, total revenue flows less non-investment expenditure.  Before considering the basic flaw in this approach it should be pointed out that the distinction between current and capital (investment) expenditure is far from black and white.

By usual definition investment includes all expenditures that increase the capacity of the economy, now or in the future.  There should be no argument over whether much of education and health spending does exactly this, which explains the origin of the term “human capital”.  However, all but the building and equipment component of health and education fall into current expenditure.  This treats activities of doctors, nurses and teachers analogously to those who repair and maintain capital equipment rather than improve human health and skills.

The second approach also considers deficits as problems needing correction, but over the economic cycle rather than continuously.  The concrete guideline is that the fiscal balance can be negative when the economy falls into recession, then moves into surplus as it recovers.

This may seem a reasonable proposal.  In practice it flounders on several empirical and analytical flaws.  First, defining the length of the period over which the sum of deficits and surpluses sum to zero defies consensus.  Without clear analytical definitions of the beginning and end of a cycle this approach has no practical application.

The terminal points of a cycle themselves require agreement over the measurement of economic capacity.  Perhaps most serious for any attempt to implement this approach, the length of the cycle (the speed of recovery and decline) in part depends on the rate at which the deficit falls and the surplus rises.

Both approaches offered as a counter to austerity suffer from the same fallacy as the dogma itself.  However defined, any rule requiring a fiscal balance must apply arbitrary assumptions and definitions in order to define when the outcome conforms to the rule.  Supporters of budget cuts have attacked critics of austerity as “deficit deniers”.  The meaning of this accusatory term remains elusive, but it carries the implication that opponents of expenditure cuts “do not care” about the deficit and/or do not consider it a problem.

The counter proposals might be seen as being “semi-denials”.  Those advocating balancing the current budget deny the need for revenue to cover public investment.  The cyclical balancers deny any necessary to correct deficits in the short run.  Arriving at sensible and rational fiscal rules requires abandoning budget balancing as a goal and converting it into an outcome derivative from effectively achieving macroeconomic stability and high levels of employment.

The Role of Taxation

The various versions of deficits-are-a-problem might be epitomised in the cliché, “governments must live within their means”, with disagreement arising as to whether “their means” refers to the current or overall budget and/or the relevant time period.

This concern about deficits comes from an analytical confusion, the commonsense generalization that the purpose of taxation is to fund public expenditure.  For the government of a country that is part of a currency union (e.g., the euro zone) or a regional or local government the generalization is valid, because these governments do not control the monetary system in which they operate their fiscal policy.  The generalization is not true for a government of a country with a national currency over which it has control either directly or via the country’s central bank.  I call the former shared currency countries (SCC) and the latter national currency countries (NCC).

A SCC government has two methods of funding expenditure, taxation and selling bonds to the private sector (typically to banks and other financial institutions).  The SCC government must pay the debt service, interest and principle, to private bond holders from taxation for the life of the bond.  For SCC governments borrowing is similar to what households and businesses do.  The cliché “living within means” could be applied, meaning precisely that the combination of current outlays and debt service must be consistent with revenue flows.

NCC governments operate within quite different fiscal constraints, possessing an additional funding option and a quite different goal for fiscal policy.  The core purpose of fiscal policy for an SCC government is to provide necessary and discretional public goods, and fund these in a sustainable manner.  The core purposes of fiscal policy for the NCC government are to maintain macroeconomic stability and increase productive capacity for the medium and long term.  The NCC government uses current expenditure to achieve stability and capital expenditure to enhance capacity.  Any expenditure by an NCC government, current or capital, obtains its funding from taxation, bonds sales to the private sector, and/or borrowing directly from the country’s central bank (“monetization”).

The defining characteristic of borrowing from the central bank is that in practice the debt need never be repaid;  for example, the Treasury could sell the Bank of England 100 year bonds (though in practice the maturity period is much shorter), or “roll over” the bonds (issue new ones to replace those that reach their redemption date).

The short run goal of macroeconomic stability determines the mix of these three funding alternatives.  If the economy falls into recession with deflationary price pressures the NCC government increases expenditure to compensate for the fall in private demand, covering the increased outlays through monetization.  As the economy approaches full capacity with inflationary pressures, monetization ends.  Rising tax revenue from the expanding economy replaces bond sales to the Bank of England.

Whether the public budget is in balance should be of no concern for the NCC government.  If economic activity is declining or stagnant, public borrowing should increase.  Whether this results in a deficit on current expenditure is irrelevant, for the policy purpose is recovery not hitting a fiscal target.  An overheating economy calls for increased taxation, perhaps generating an overall surplus.

For the British government, and all other NCC governments, expenditures and taxation have different policy functions and motivations.  Current expenditure delivers public goods and services to the population, and regulates the short term stability of the aggregate economy.  Simultaneously achieving those two goals represents the main challenge of a rational fiscal policy.

The capital budget, public investment, enhances capacity and only in extreme circumstances such as the threat of high inflation would be adjusted for short term policy goals.  How our government funds any part of public expenditure is derivative from the overall goals of short term stability and long term capacity enhancement. 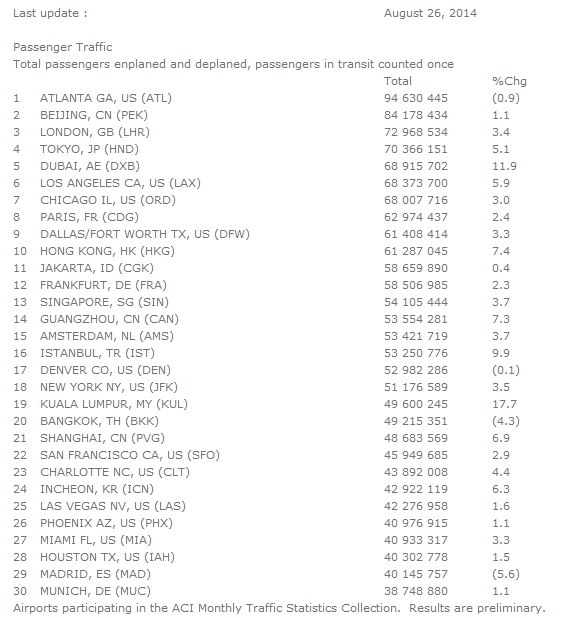